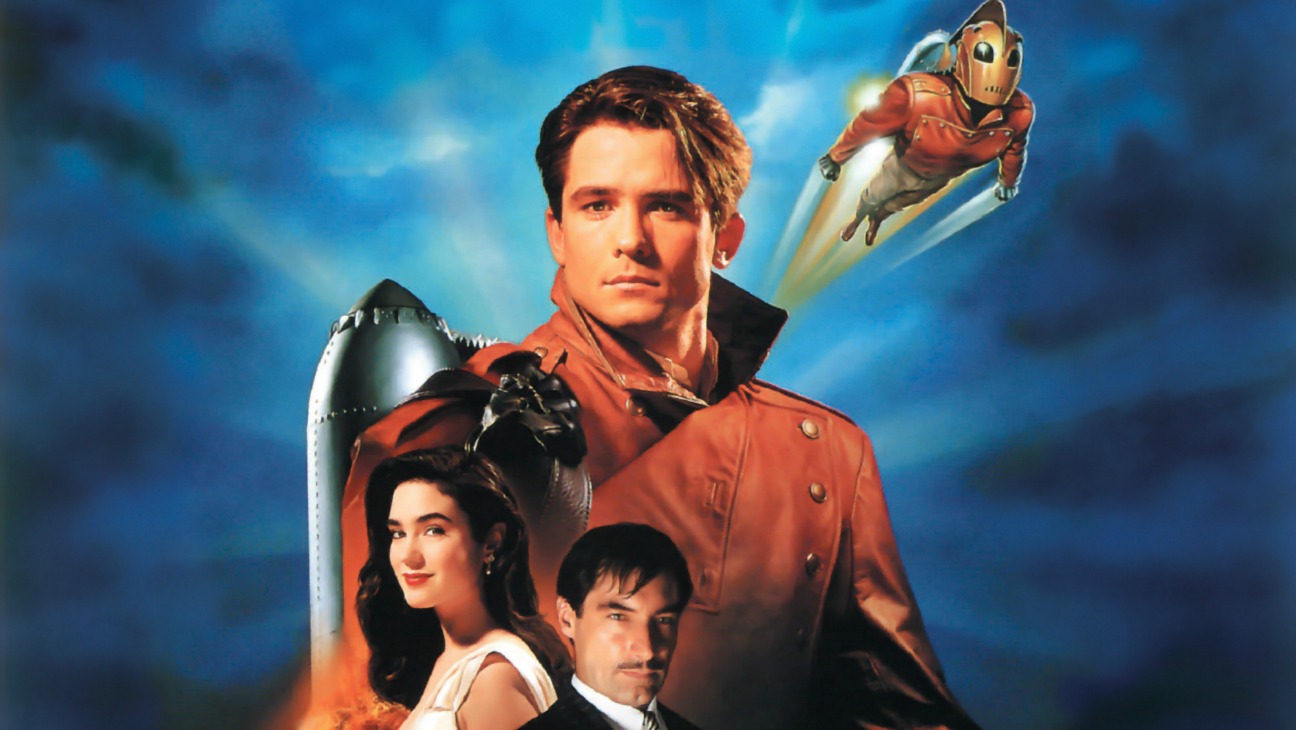 I am sad & startled to realize & report that The Rocketeer is really REALLY bad.  8-year-old me thought it was the greatest thing since chocolate milk, the film was everywhere, I bought the merchandise, Disney pushed it hard, and I remember just loving it.  But my god does it crumble upon rewatch, a complete & utter letdown in every way, at least for a grown film critic who used to be a young fan.  At the time, there was nothing cooler, now I don’t know if I can even recommend it to my kids; I think they’re better off waiting a few years and watching The Mask or something equally silly, at least then they can have some fun.  The Rocketeer is lifeless, low-quality, and laughable; not great, guys, not great.  Interesting note though; Joe Johnston also directed Captain America: The First Avenger, which I think borrows heavily from this film, for what it’s worth.  The rest of his filmography is a little scattered: Honey I Shrunk the Kids, Pagemaster, Jumanji, October Sky, Jurassic Park III, Hidalgo, Wolfman, Nutcracker and the Four Realms.  Odd, to say the least, and this movie is surely among them.

Cliff Secord is a simple pilot who likes flying planes too fast and working on them to go even faster.  He’s a handsome young man, he’s got a sweet girlfriend, he races through the air; pretty nice life, it’d be a shame if someone complicated it.  But, of course, that’s exactly what happens when Cliff discovers a stolen jet pack that once belonged to Howard Hughes, but now is sought after by the mob and lord knows who else.  Cliff becomes the Rocketeer, a flying superhero, but he also becomes way too visible to way too many bad guys, which gets him and his girl in heaps of trouble.  Now a shady actor wants to kidnap Jenny, some goons want to kill Cliff, and then there are the Nazis to deal with; never a dull day in sunny California in the 30s, with war approaching, technology advancing, and adventures seemingly around every corner.

I can’t take away all the stars I would have rating this movie in my mind, since once upon a time I loved it so, but I can at least steer you clear while I morosely amend my mental picture of this film and this experience, desperately holding on to the fact that at least I got to enjoy it on some level back in the day, perhaps before I knew better.  It’s truly terrible all around; the acting, the flow, the villains, the heroes, nothing works, and it all falls apart way too early to even give it an A for effort.  It’s no surprise that Billy Campbell went on to do absolutely nothing else, and Alan Arkin was even shockingly terrible, but at least Jennifer Connelly was as lovely as ever (she’s been on my List for years).  I noticed a fun cameo too; Jan Levinson-Gould from The Office as a lounge singer with a couple of numbers, but no real lines.  That’s about it for the fun though, the rest of the film is a snooze, which is shocking considering how much they attempted to stuff into the run time, but that just goes to show that sometimes less really is more.  I could have done with less of The Rocketeer, mainly leaving it in the foggy past where it belonged.