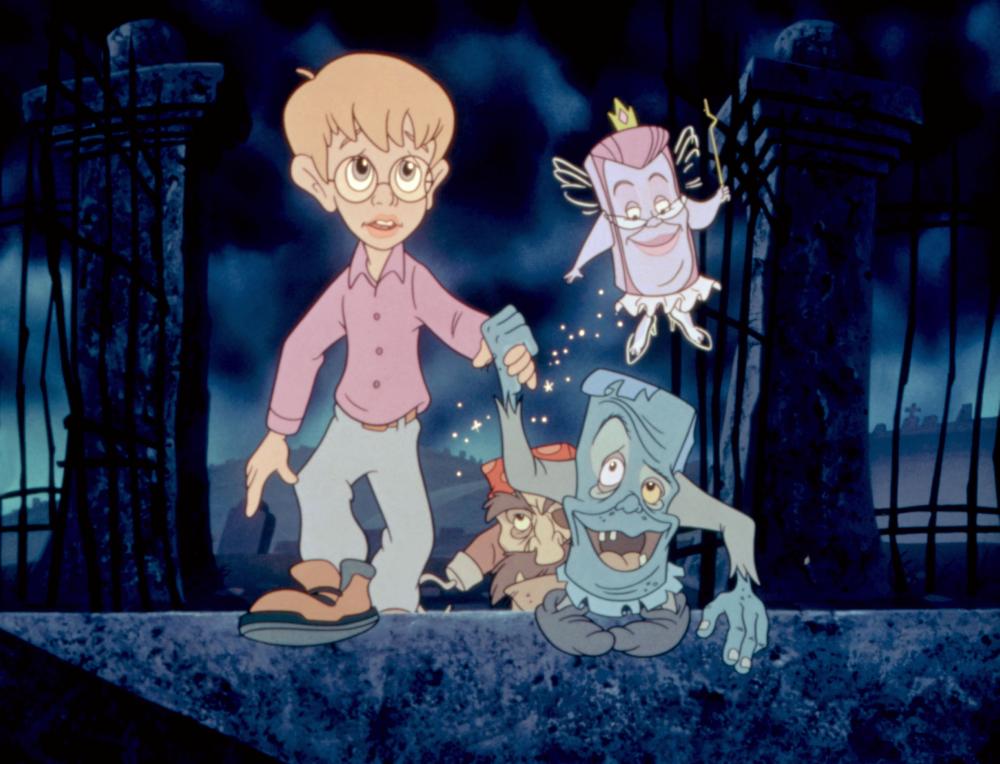 Some movies you just don’t go back and revisit, although you can’t know not to do that until after you’ve already done it, so basically you’re screwed.  So many of my childhood favorites are so strong that they’re more than worth a rewatch with my kids, and I’m so glad afterward to have passed them on to another generation.  But I guess it’s unfortunately inevitable that some films I watched when I was 10 aren’t quite as good as I remember them to be, and The Pagemaster sadly fits into that category.  Actually, not only is it not as good as I remember, it’s so bad that I’ll try my best to warn as many adults as I can reach to not pop this disc into their players, or tape into their VCRs.  I can’t stress it enough; if you loved this movie as a child, do yourself a favor and forget it still exists.

Richard Tyler is scared of everything; germs, accidents, the dark, death, heights, you name it.  He’s a kid who spends so much time worrying, that he has no time to enjoy his life, no energy to experience all the joys that living has to offer.  He won’t even go up into the tree house his father builds for him for fear that he’ll fall out and receive massive head trauma.  But one day, thrills reach Richard whether he wants them to or not.  On the way to the store in his ultra-safe bicycle, a storm hits, and the frightened boy flees into a large library for cover.  There, he accidentally enters a magical, animated world, a land of books and stories, where some are terrifying, some are wonderful, and all will teach him a very valuable lesson.

Macaulay Culkin is a terrible actor.  I know we all love him from Home Alone, but the kid is bad, it’s just that simple.  Here, he’s live action for a bit, animated for most of the film, and either way he couldn’t act his way out of a paper bag, let alone a massive library full of living novels.  He meets colorful characters, they go on adventures, but the plot is about as stupid as the animation is bad, and I have no idea what it was I loved about this film as a child.  As an adult, the only enjoyable things were the celebrity cameos: Lloyd as the librarian/wizard, Begley Jr as the dad, that woman from 30 Something as the mom, Leonard Nimoy as Dr. Jekyll, Patrick Stewart and Whoopi Goldberg as voices of a pair of books who help Richard on his way.  Poking fun at them for this terrible movie was fun I guess, but nothing else was, and I’m sad I revisited something that I once enjoyed but can no longer.  My kids thought it was funny, so that’s something, but I’ll steer them toward Ghibli and Laika in the future, for their own protection.