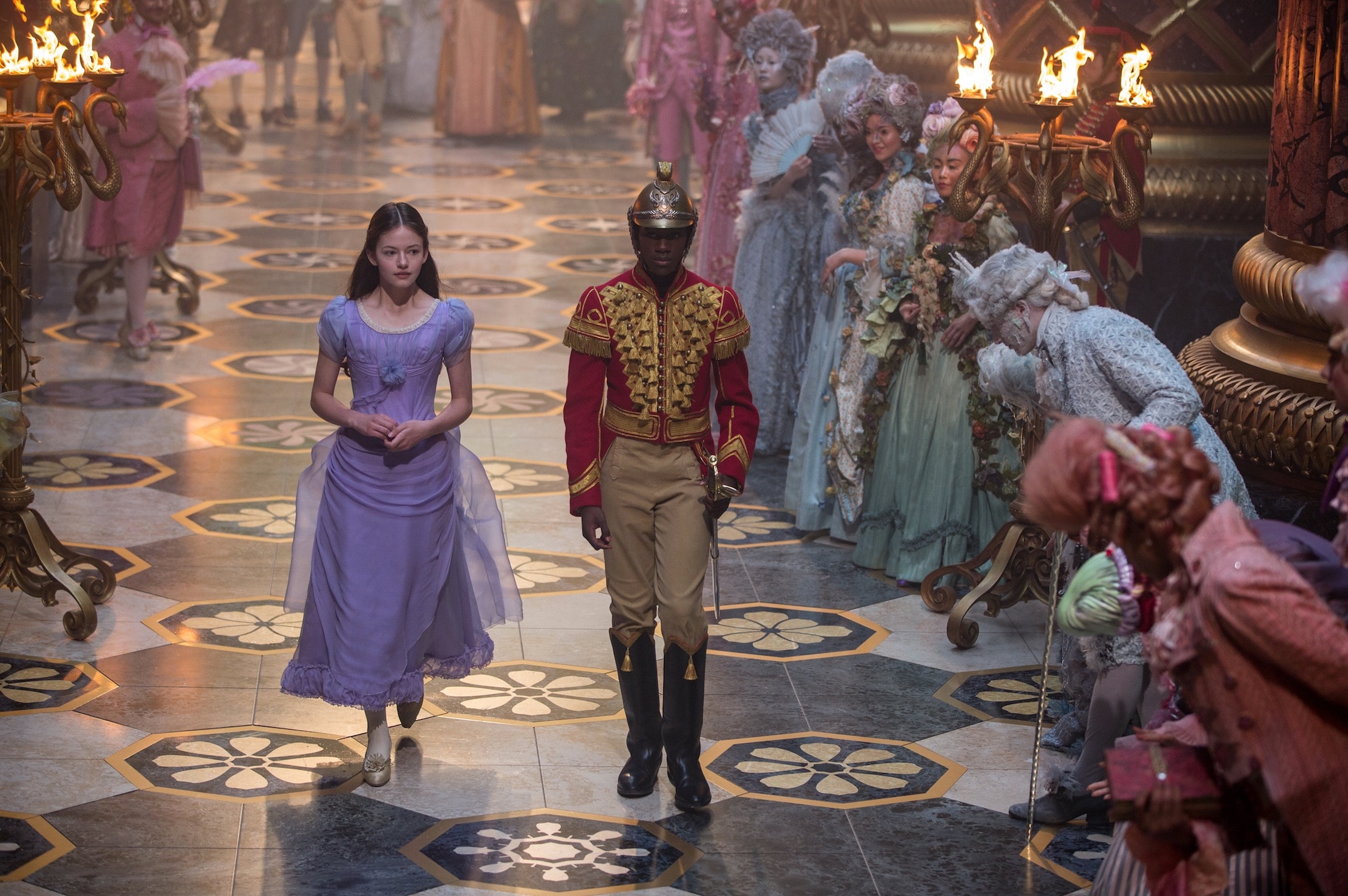 The tiny summary that appears at the top of The Nutcracker and the Four Realms IMDb page says “A young girl is transported into a magical world of gingerbread soldiers and an army of mice.”  Well, that’s short, doesn’t really tell potential audiences much, and is also blatantly wrong.  There are no gingerbread soldiers in the movie, I have no idea what they’re talking about, and apparently neither do they.  Perhaps that’s not the film’s team’s fault, maybe that’s on IMDb, but someone is putting in zero effort here, and honestly why should they I guess, since Four Realms stinks to high heaven.  It immediately gets a spot on my Worst of 2018 list, and should be avoided at all costs.

Clara’s mother has died, leaving an emptiness in the lives of each member of the family she left behind; Clara, her brother Fritz, her sister Louise, and most of all her father, who has no way to express the grief he’s only just able to bare.  For Christmas, Clara’s mother left her a locked & bejeweled egg, and at a Christmas party, her godfather Drosselmeyer directs her toward the key.  But a clever mouse steals it, leading Clara deep into a magical kingdom she has stumbled upon, and further from the life she once lived on the outside.  When she meets the leaders of the three realms, and learns about their war with the fourth, she begins to understand her place as the land’s princess, beginning with a secret legacy that started far before she was born.

What they really needed to say in the summary is, “Loosely based on Tchaikovsky’s Nutcracker ballet, Disney’s modern version tell the story of a young girl who travels to a fantasy world, where three magical realms are at war with a fourth, and finding the key to an engine that brought this world to life will help Clara find the key to her own heart as well.”  Or something like that, but they should probably add, “What you are about to see makes absolutely no sense and will drive you mad, since none of the cast can act their way out of a sugar plum, at least not after the god-awful lines they were fed and the stupid charade we forced them to be a part of.”  Yeah, that would about sum it up.  Four Realms is dumb, dumbed down, and tediously boring, a complete disaster from start to finish.  Even the animation, which is supposed to be a plus, is blunderingly done, amateurishly executed, and anyone involve in it should be embarrassed.  Each member of the cast phones in the worst performance of their career, and the beautiful color & the lovely music can’t save this waste-of-film of a film from failing in every other possible way.