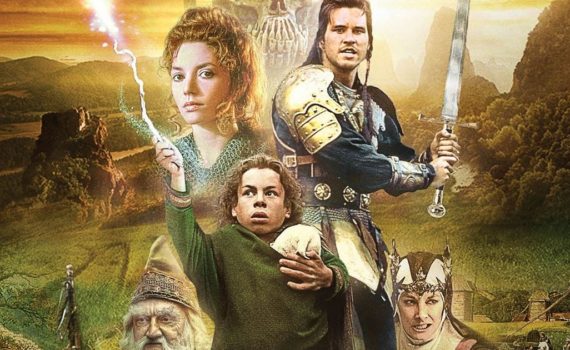 Ron Howard, George Lucas, James Horner; that’s quite a team, and Willow is quite a movie.  People in the 80s loved fantasy films, and that’s something I fully support; what’s a little stranger is that they also loved casting little people in those films, which I support as well I guess, as long as they weren’t being used as gimmicks, but as actors.  Willow, Legend, Masters of the Universe; I’m sure there are more, those might just be the ones I can think of that also featured Billy Barty, but you get the point.  Looking back, some of these genre flicks don’t hold up, they’re very silly, we just liked them because we didn’t know better, but not Willow, it’s special.  It’s a movie of pure magic and grand adventure, with comedy & heart in tandem, and something you can watch while young, while old, once, or over & over & over again.

Willow is a simple Nelwyn (dwarf) who lives quietly in his village and wants nothing more than to be a sorcerer’s apprentice.  But when his family finds a Daikini (human) baby, Willow finds himself a part of a war he didn’t even know was taking place, but which now involves him all the same.  The baby is Elora Danan, a future princess who heralds the end of the nightmarish reign of Queen Bavmorda.  The Queen’s daughter and her general have been searching for the child, who is now in Willow’s care, with the hopes of capturing and banishing her to a realm in which she can do their evil empire no harm.  Now it’s up to Willow and a few key allies to deliver the baby to those we can raise an army around her, which will be the true adventure, since the fate of the world rests on the fate of Elora and her guardian, who makes up for his size with the bravery in his heart.

Warwick Davis was Wicket in the Star Wars and Ewok movies; I was obsessed with his character as a kid.  And so I was also obsessed with Willow; I had the movie, the book, and even a comic book version.  It was one of my favorite fantasy films, and is now one of my favorite 80s era throwbacks, a movie I could watch a thousand times and enjoy each one.  The Nelwyn village, those viscous dogs, the Crossroads, Madmartigan, Sorsha, trolls and monsters and magic acorns; it’s epic, let me tell you.  There is magic and adventure in turn, there are battles, it’s so much fun, and behind it all is the cutest baby you’ll ever see and some real tenderness toward her character that you can really feel and connect with.  The music is great, the sets are incredible, the effects are cool for their time; there’s a lot to love about Willow, and a ton of reasons to watch it right now.