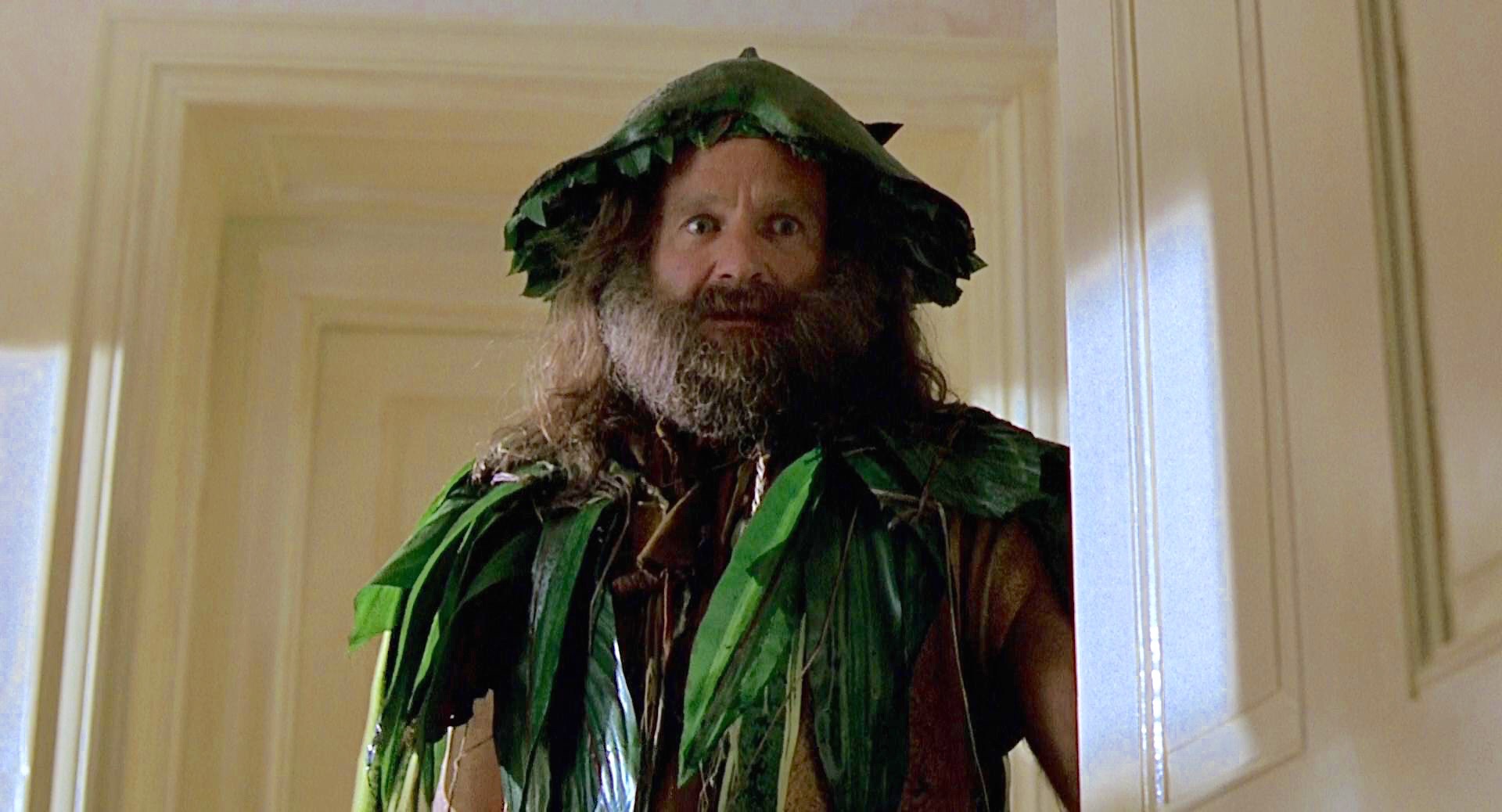 Twenty-two years before the Rock & Co. teamed up to bring us the surprisingly entertaining Jumanji: Welcome to the Jungle, the original Jumanji rocked our worlds with a board game that came to life in our living rooms and cemented itself as a quintessential 90s icon that would never be forgotten.  The newer model ought just be called Welcome to the Jungle, because it resembles Jumanji only fleetingly, and goes down a very different, yet still enjoyable, path.  There’s nothing quite like the one that started it all, with its wild animals and its family fun, made all the more memorable by the passing of Robin Williams, who I made sure to point out to my kids and say “remember that man, he was special.”  He made this movie special as well, a childhood favorite that still holds up, even after all these years and all this growing older.

Alan Parrish, a rich kids whose parents didn’t have time for him and who didn’t have the courage to stand up for himself, accidentally discovers a board game boxed up and buried in the earth.  It calls to him with a drumming sound, and he is powerless to stop the urge to play.  He and a friend, a girl named Sarah, roll the dice and begin a game of Jumanji, not knowing that it will suck Alan into a jungle world and trap him there until a decisive winner is declared.  Twenty-six years later the game is rediscovered, this time by brother and sister pair Judy & Peter, who have just moved into town.  They play the game, release Alan from his lonely imprisonment, but now have to end the game themselves, before all the creatures and dangers that have emerged destroy the town and their very lives.

Joe Johnston hasn’t always directed the best movies, but his filmography is pretty impressive, even accounting for the duds.  Honey I Shrunk the Kids, The Rocketeer, The Pagemaster, Jumanji, October Sky, Jurassic Park III, Hidalgo, The Wolfman, Captain America: The First Avenger, The Nutcracker and the Four Realms, and soon The Chronicles of Narnia: The Silver Chair; that’s a pretty lengthy career, and not too shabby.  Those first four were a big part of my growing up, as was Robin Williams, who we all miss dearly, and I’m glad I can still watch Jumanji any time I want to be taken back.  It’s that sort of time capsule film, but it has aged well, and was as fun for me to watch again as it was for my kids to see for the first time.  The cast in this movie is pretty great: Williams, Dunst, Bonnie Hunt who isn’t great but has an iconic voice, David Alan Grier who steals the show, Jonathan Hyde, Bebe Neuwirth, Patricia Clarkson.  Add in some special effects, which were pretty cool at the time, and a fast-paced plot, which keeps the characters on their toes, and you’ve got a family film that can surely survive another few decades unscathed.