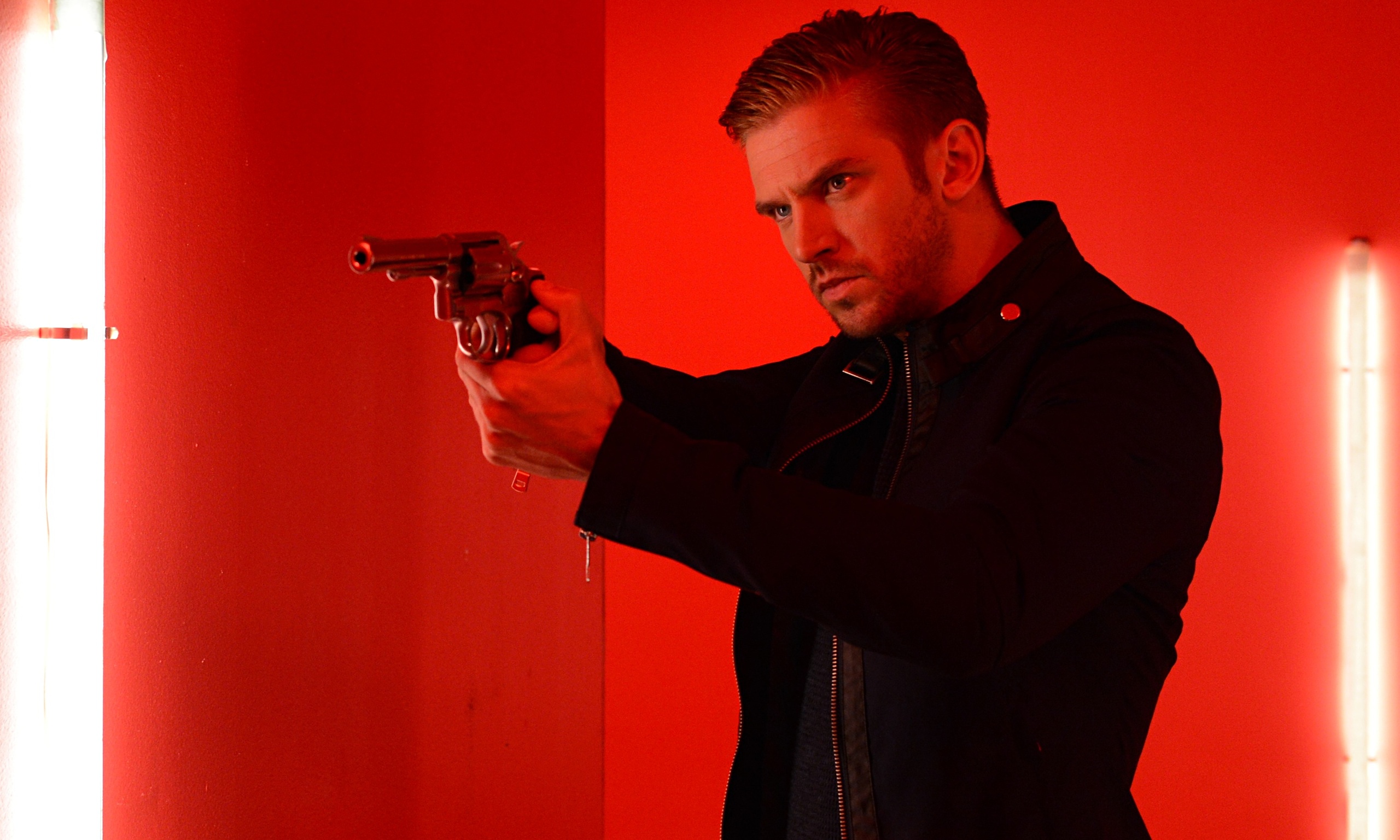 Ever since Matthew Crawley entered my life, I’ve been a Dan Stevens fan; he’s just so damned charming.  On top of that, he’s attractive, he’s captivating, he’s a talented actor & singer; what can’t the guy do?  He may not always make the best film choices, but sometimes he works simply marvelously, often despite the movie itself: The Ticket, Beauty and the Beast, The Man Who Invented Christmas, Eurovision.  He’s yet to be in something spectacular that shows off his spectacular talent, except Downton Abbey of course, but that’s been a while.  The Guest, too, is an alright movie with an alright cast, that was founded on a great idea with a great star.  Cinema is a sum of parts though, and sometimes it just doesn’t add up.

The Petersons recently lost a military family member to violence overseas, and they are still reeling from his death.  He was a soldier, he was doing his duty, but the loss hits hard, and a family in tenuous balance teeters further toward the edge; mom Laura can’t cope, dad Spencer despises his job, daughter Anna is doing drugs with a deadbeat boyfriend, son Luke is getting beat up at school.  Add to the mix a stranger out of the blue, a man claiming to know the Petersons’ son, a soldier calling himself David who comes with a final message of love and the desire to protect a family that he has never met.  But things quickly turn violent when secrets are uncovered and lines are crossed, and no one is safe from the madness to come.

I like The Guest, but I wanted to like it so much more, because the possibility was there.  Dan Stevens is so good, he was so interesting, and he played his character perfectly, setting up the whole thing to feel vague and dangerous and a little sexy.  I was hooked, I wanted to know what the hell was going on, and I definitely was devoted to figuring out who David really was.  But then the whole thing went sideways and the plot lost me because it stopped being actually ambiguous and started being intentionally, annoying ambiguous, and that’s not the same.  It turned into a secret-government-oh-my-god-sir-we-need-to-contain-this type of thing, and that pretty much sucks.  Also, the acting from everyone else involved was downright awful, including from Maika Monroe, who we need to admit isn’t talented to the degree we want her to be.  The Guest is like that; not as polished as we wanted it to be, or at least not pointed in the direction it should have been to get to the place where it would have worked much better.