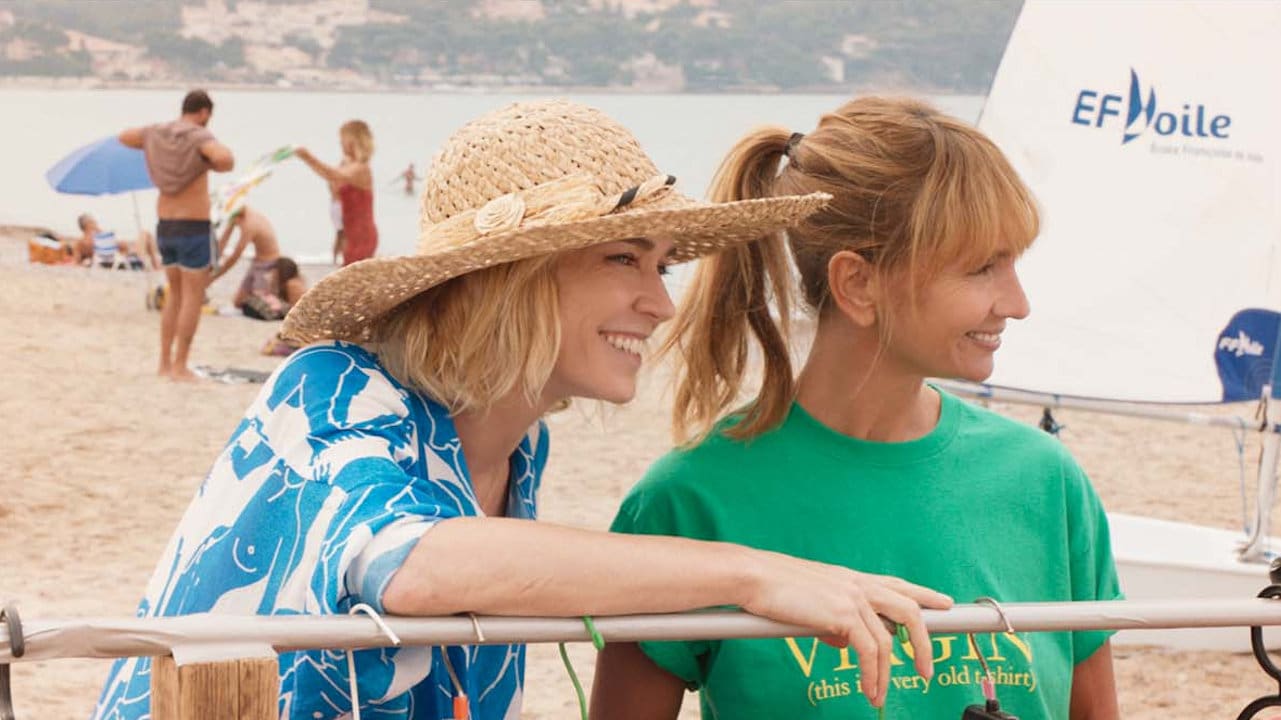 I could make up a plausible & partly-true lie and say that I watched MILF because it was new on Netflix, I had nothing else to watch, I’m a film critic, it’s my “job”, or something like that, and probably get away with it.  But let’s be honest; I watched because I still have a crush on Virginie Ledoyen from twenty years ago from The Beach, and because, given the title of the movie & the fact that she’s still got it, I figured there was bound to be at least something enjoyable about this random film I’d never heard of.  Turns out I wasn’t all wrong, the three main characters are strong & sexy, but the rest of the flick doesn’t really match up to the potential that was there, or to the expectation of having something worth watching.

Three best friends, Elise, Cecile, & Sonia, head to the French Riviera to clean up & sell a beach house, but also to get a break from lives that are slowly driving them crazy.  Elise is divorced, her daughter splitting time between parents, Cecile has recently been widowed, it’s her summer home the friends are packing up, and Sonia is seeing a married man; all are aging, all are lonely, all are wondering if their best days are behind them.  But then they meet three young studs who are all roommates, one of whom used to babysit for Cecile, and all of a sudden the possibilities seem endless.

This isn’t some National Lampoon goof, it’s not that kind of MILF movie, it’s French and it’s sad and it’s sexy and it’s unusual, but that doesn’t exactly make it good.  At least it’s not a complete throwaway; the acting is fine, the heat is there, there are some funny moments, and I think there’s a point to be made somewhere in there too.  But, taken as a whole, by the time you finish watching, I don’t think you’re going to like what you saw.  It’s a bit crude, a little forced, kinda frantic, and can’t seem to figure out exactly what type of film it wants to be.  Also, the women seem to be so out of touch with young jargon that it comes across as trying to portray 88-year-olds meeting 18-year-olds, instead of hot moms hooking up with college guys.  I don’t know, it almost seemed random how icky or normal they were attempting to say that this plot was supposed to feel to us, which is perhaps just a sign that the director was in over her head, without a clear purpose or direction.  Sadly, since we’re looking for things to do doing the quarantine, MILF isn’t good enough to warrant a recommendation.