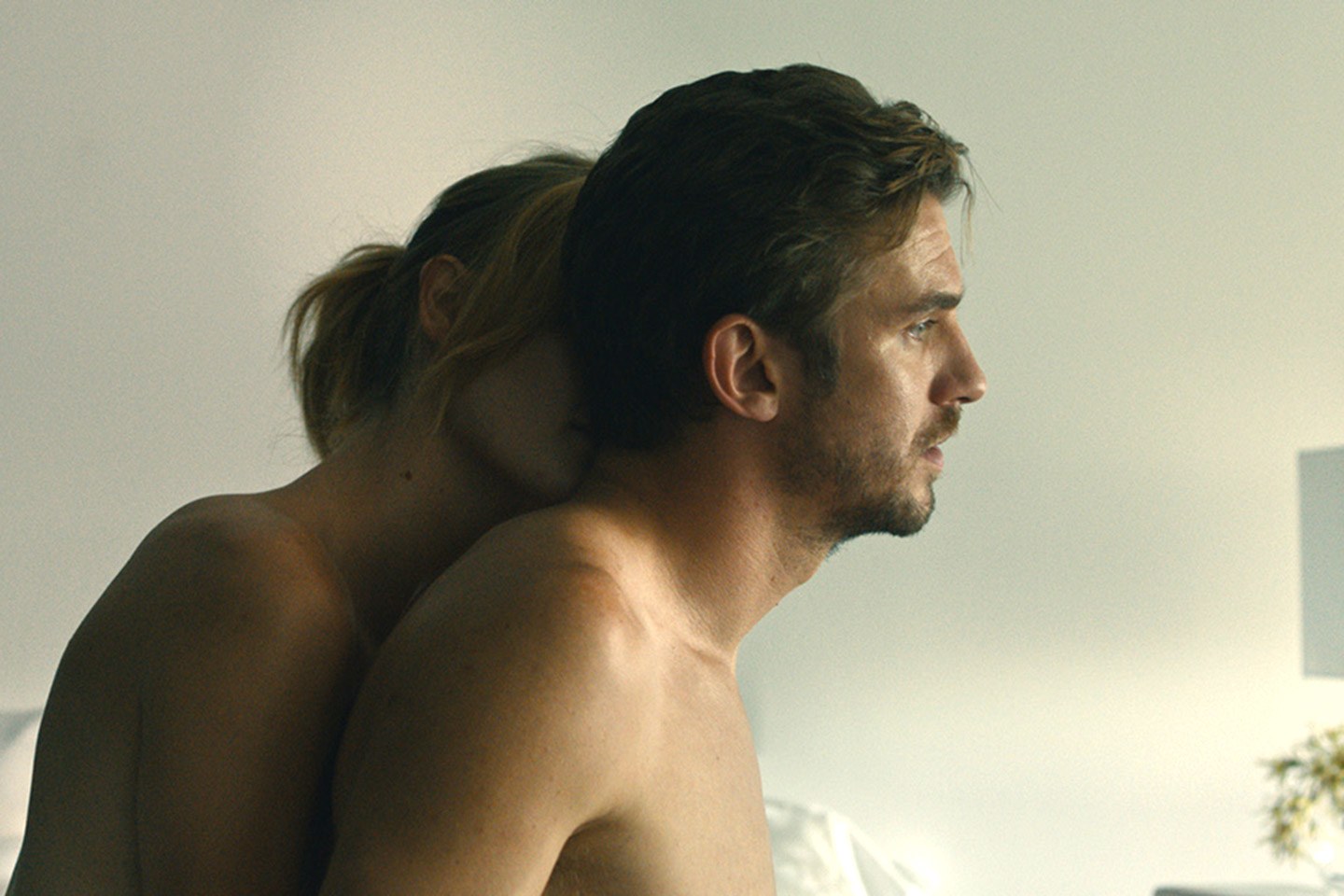 Watching the trailer for this film, I assumed I would enjoy Dan Stevens in his role, that I wouldn’t care for Malin Akerman in hers, and that the fate of the film itself was completely up in the air and probably dependent on exactly how much Stevens shone.  In my book, he can do no wrong, from Downton Abbey to Beauty and the Beast, and he’s someone who is just now appearing on our American, cinematic radar.  I think he has the chance to be a megastar; he’s good-looking, he can sing, the timbre of his voice is perfect, and he has the acting talent to back up all the surface stuff.  He does shine in The Ticket, in one scene specifically, actually, but he unfortunately can’t save the rest of the movie from failure.

James has been blind since childhood, though he still remembers the sights that now seem as if they passed by another man.  He lives with his wife Sam, his son Jonah, and works a dead end job at a call center with other blind people, a career that is one of the few he can actually grasp.  One morning, James’ sight returns to him, with no warning and with no reason.  One day he can’t see the world around him, another he can, and in that interval everything changes.  He envisions his life heading down a new and different path; success, confidence, money, prestige.  But as he hunts this new dream, he leaves his family behind, abandoning them to the doldrums of his former existence, and there is no guarantee that his new power will bring new happiness.

Other than Dan Stevens, and again, specifically in one scene, the rest of The Ticket was a big dull dud.  Stevens is a compelling actor, he’s got that ‘it’ factor, and he’s solid here, though I would rather watch him in his native British, not forced to use a fake American accent.  Other than that detail, he’s great, and he constructs one shockingly moving scene that I won’t soon forget.  But he was surrounded by far lesser talents, which aided in the collapse of the film as a whole.  Ackerman is simply no good, Platt is tired, and Fluk, who wrote and directed, didn’t boost his actors up with much to work with.  The story was boring, the pace was slow, the plot was depressing, and there was never a break to enjoy/imagine/relieve/step back.  Stevens will go on to better, brighter things, I think that’s a given, and we as audience members ought to as well.