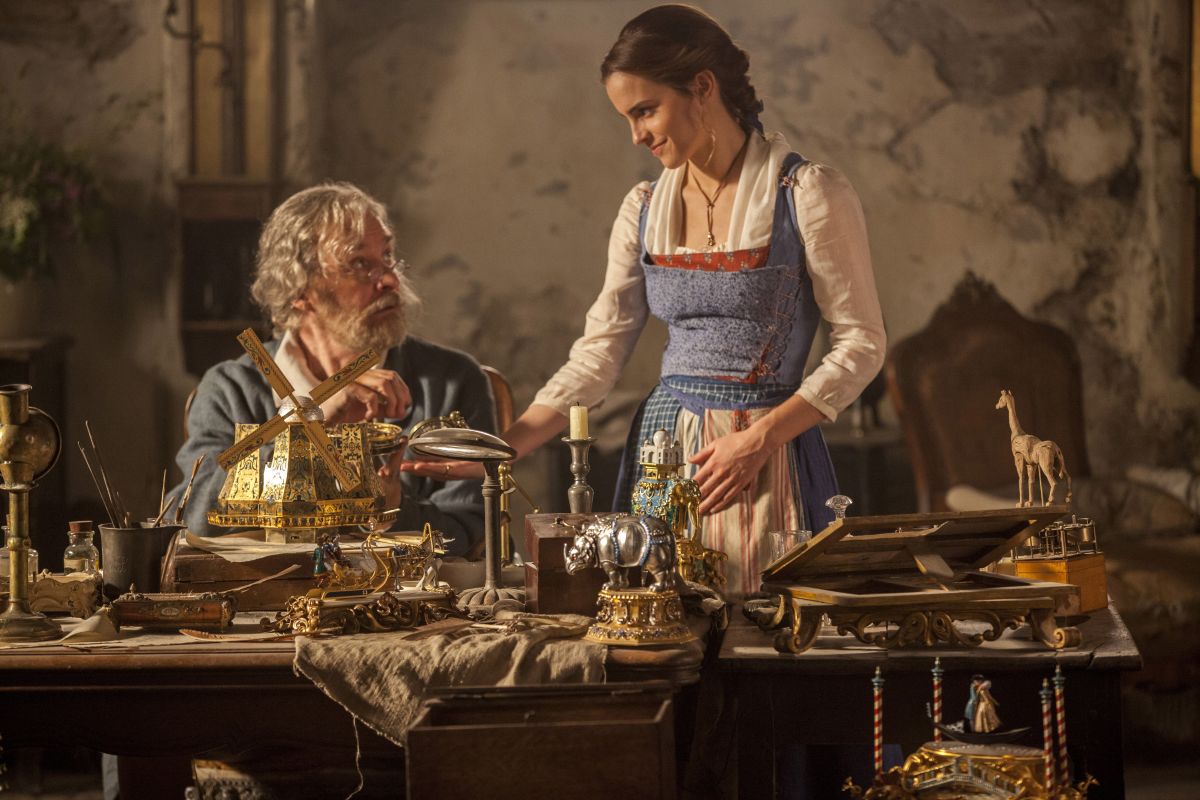 The 2017 version of Beauty and the Beast is almost as good as the 1991 version, and I say that as a self-proclaimed Disney fan, a movie buff from a young age who grew up directly in the heart of the 90s animation phenomenon.  The original film was definitely that, a blockbuster for all ages that succeeded in a way that I doubt anyone could have seen coming.  To remake it was a daring venture, even with audiences already showing that they support the repurposing of their childhood.  Maleficent, Cinderella, Jungle Book, Pete’s Dragon; these live action alternates/copies have gone over well enough, have made money (which may be more to the point), and have inspired directors to keep on doing Disney as long as the money keeps rolling in.  But I didn’t watch this film with capitalistic cynicism, I watched it as a fan, and I think it’s the best we’ve seen from this blossoming “genre”.

In the French countryside lives a beautiful young woman named Belle, the envy of all for her face and figure, but a puzzlement to the locals as well, on account of her desire to read, imagine, and make decisions for herself.  Odd, I know, and even the town hunk Gaston notices Belle’s peculiarities, though he’s willing to look past them so that she might bear him a brood of handsome children.  Belle wants nothing of the sort, and when her father makes his yearly journey to the market, all she asks for is a single rose, proving her grace and unselfishness.  However, Maurice gets lost along the way, finding himself in a strange castle with no inhabitants.  When he tries to leave with a rose, he is imprisoned by an awful Beast, a creature under a spell that only true love can break.  Is Belle the answer to the enchantment, or are all the inhabitants of the cursed palace doomed to an unspeakable fate?

I don’t think we should forget about the new version of Cinderella, because it’s surprisingly good and almost as strong as this film, if done in a decidedly different style, but Beauty and the Beast is the best Disney remake so far, and I see a hundred more coming down the pipeline in the very near future.  First, it is a wonderful homage to the original without stepping on its toes.  Call it a carbon copy if you like, but I’m glad they didn’t change much; the animated version is near-perfect.  This remake feels like a film version of the play, which is itself a copy of the original, so it’s complicated perhaps, but not offensive to those who love the version from their childhood.  There was respect shown to what came before, even letting a few famous lines slide by without emphasis, almost as if there was some reverence to our memories, something I deeply appreciated.  But at the same time, they took time to explain a few hiccups that always bothered me, something I found to be funny and quite smart.  Why it’s snowing in summer, how the Beast got on Phillipe, where books come from in a village where no one reads; someone was paying extremely close attention to detail.

The animation was full of details as well, the most minute and wonderful visuals popping up in every scene.  I was blown away by the complicated artistry, by the vast amount of work that was put into each moment and sparkle.  The Beast could have been done better perhaps, he looked a little photoshopped over the background at times, but that can be forgiven; there’s only so much you can do.  What can’t be forgiven is Emma Watson though, and I’m sorry to say that this is where I find great fault.  She’s not a good actress, we need to start understanding that.  She’s beyond lovely and likeable, but she has exactly one face, and it turns out that she also can’t sing.  Her voice was unforgivably auto-tuned, while those around her soared, pointing her out like a rotten apple in a barrel full of gold.  That can’t be ignored, but it also shouldn’t be allowed to ruin the rest of the experience for you.  Dan Stevens was great as a voice and as a singer, his original song becoming the highlight of the entire movie to me.  Luke Evans was a solid Gaston, Gad an expectedly silly LaFou, Kline surprisingly strong, and the castle crew wonderfully unique; Ewan McGregor, Ian McKellan, Emma Thompson, Stanley Tucci.  Don’t let Belle’s voice destroy a beautiful thing, because there is so much here to love if you let it in, so much that went well in a risky venture that could have fallen flat on its face.  Beauty and the Beast both exceeded my expectations and entertained my entire family for two hours with its delightful music and fanfare; allow it to do the same to you.