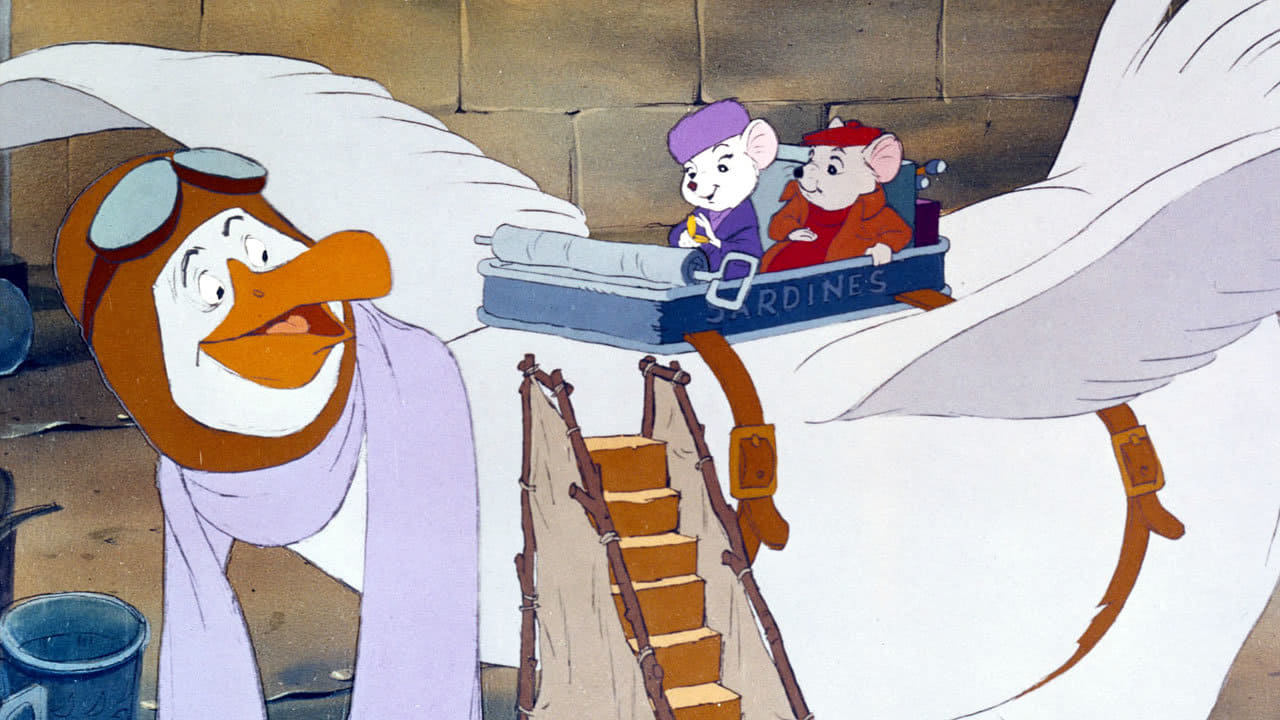 I feel like The Rescuers gets lost in the shuffle when considering great Disney films, since it’s not a princess tale like some classics, nor a well-known story like some retellings, but rather an inventive adventure that has a life of its own, and seems to have taken root with a relatively small number of fans.  It came out in 1977, when Disney was going through a decline after a reduction of animators and the death of Walt, a strange transition period before the Renaissance of  the 90s.  But it still shines with a special light if you remember to take a strong look, still has the power to capture all audiences with its comedy, ingenuity, and its heart.

The Rescue Aid society is a global organization of mice who meet beneath the U.N. building to discuss how they can help solve the word’s problem’s one troubled child at a time.  They receive a message in a bottle, a letter from a girl named Penny who needs help, and doesn’t know where to look for it.  On the case are a very unlikely pair; the beautiful Hungarian Miss Bianca and the lowly American janitor Bernard.  Heading off to the orphanage where Penny was last seen, they embark upon a rescue mission that will take them to the swamps where an evil woman named Medusa seeks out an elusive diamond, and uses a little girl for her greedy scheme.

The Rescuers is all heart all the time; not to say that it’s all warm & fuzzy, it balances tragedy with comedy for sure, but it’s always relying on the emotional play of its scenes, and the emotional vulnerability of its audiences.  But that’s not knock on the recipe; it’s pretty genius to play with our feelings this much.  The brave mice, the sad child, the monstrous villain, the frightening cave, the touching music, the frantic ending; it’s a surprisingly wild ride for such a seemingly tame film.  Newhart & Gabor are perfect, you can watch them again in Rescuers Down Under (with the addition of John Candy and George C. Scott), their chemistry coming through loud and clear with the help of brilliant animators.  And the movie as a whole is just so sweet, and should be absolutely iconic; if more people don’t want to get on board that’s them missing out.