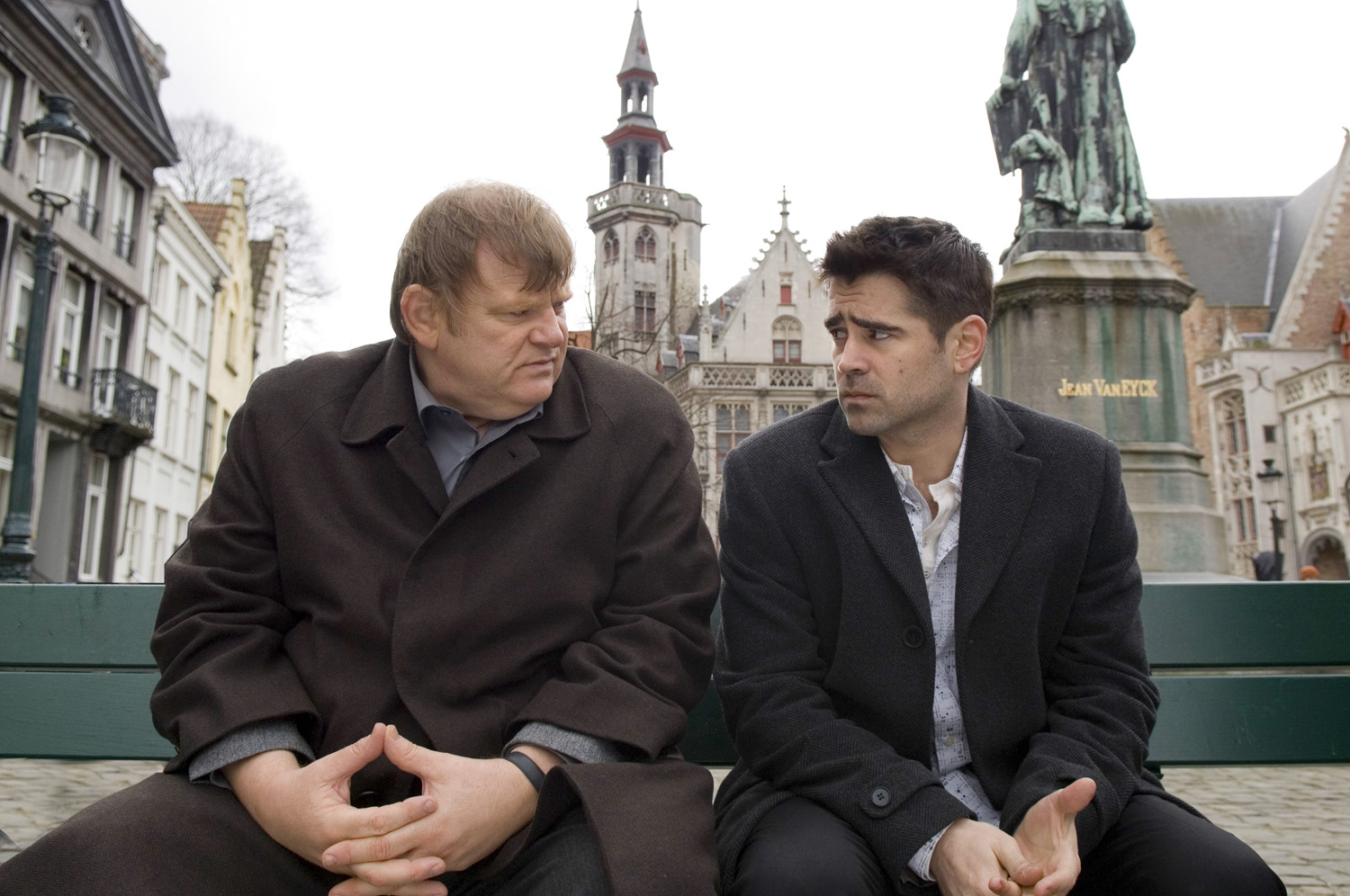 In Bruges is simply Snatch, less frantic and more somber.  Or else, it will always be compared to films like that, to Guy Ritchie’s early style, to British crime comedies, because that’s exactly what it is, and it apologizes not once.  McDonagh recently found success with Three Billboards, which I did not particularly like, but which I hadn’t understood my dislike for until just now, having watched and loved In Bruges.  This is the genre he has the talent to add to, this is the story I want to see, a romp gone wrong with a touch of deep sadness, which sure sounds like Three Billboards, but is done much better here, because this time we have a main character we can love and side characters we can laugh at.  Basically, McDonagh peaked early, has tried to reinvent his masterpiece since, but has failed, which is probably because In Bruges is a singularly excellent dramody that cannot be duplicated.

Ray & Ken are on the run, assassins who botched there last job and so are hiding out for a time until things cool down.  Their boss sent them to Bruges, Belgium, which is only a ferry ride away from London, but is out of the country and well away from whatever fire is burning since their mistake during their last mission.  The instructions now; keep your heads down and enjoy the scenery, Bruges at Christmas is a lovely place to be, with all the architecture and the canals and whatnot.  But Ray is restless, he hates fucking Bruges, and so looks for trouble somewhere other than in the hotel room.  He meets a midget, a mouthy Yankee, a bungling burglar, and a lovely lady named Chloe, who he spends far too much time with and begins to forget why he’s in Bruges in the first place.  Because it’s he who messed up in London, and it’s he who has yet to pay the price.

Hilarious from the opening scene on, In Bruges is a film that should be on a pedestal somewhere in a museum as an example of British Isle humor at it finest.  The leading men both hail from Dublin, and their chemistry is unmatched, a pathetic but lovable pair if ever there was one.  And the shit they pull, the trouble they get into, the oddballs they meet, well that’s unmatched as well.  The story moves quickly through many stages, from grief to laughter, from romance to murder, but it always holds itself tight through the tricky corners, never loses control when other movies would have.  There are heavy moments, scenes where you will laugh out loud, iconic lines to quote for years; this film has it all.  Farrell is incredible, I’m not sure I’ve ever seen him better, other than, perhaps, The Killing of a Sacred Deer, and Gleeson was the perfect sidekick.  Poesy was solid, Ralph Fiennes made a nice addition later in the plot, and I enjoyed myself from the opening line to the final credits.  Perhaps we have seen this style done before, but rarely have we seen it done better, done with both precision and with ease with the result being something you will never forget.