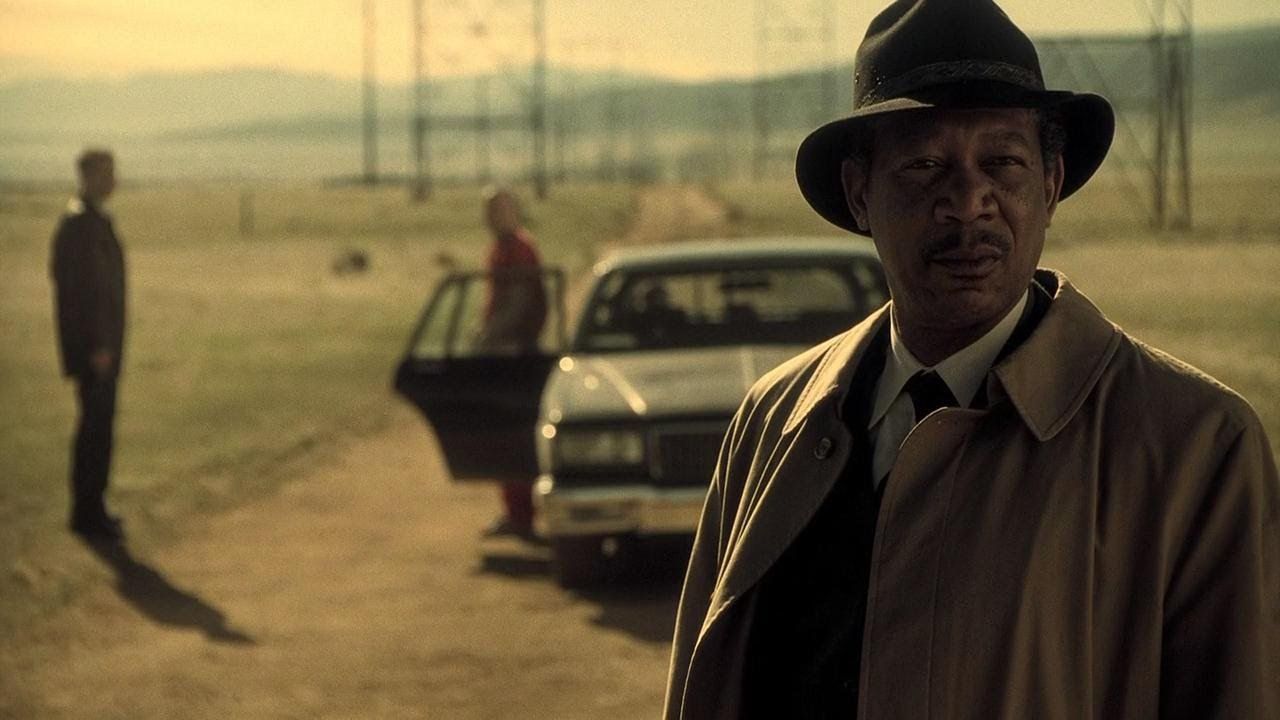 The only Oscar that Seven was nominated for was Best Editing, which is more an insult than not nominating it for anything at all.  How a masterpiece like this could slide by the Academy is as big a mystery as the plot of the film, and as insane.  I guess, in their defense, it was a strong year, and both Brad Pitt and Kevin Spacey were nominated for Best Supporting Actor for other movies, with Freeman having just been nominated the previous year for Best Leading Actor for Shawshank Redemption.  1995 really was a wild year: Mr Holland’s Opus, Dead Man Walking, The Usual Suspects, Twelve Monkeys, Braveheart, Apollo 13, Rob Roy, Leaving Las Vegas, Sense and Sensibility, The Bridges of Madison County, Casino, Mighty Aphrodite, Nixon, Crimson Tide, The American President, Pocahontas, Toy Story, Batman Forever, Waterworld, Il Postino, Babe.  But that still doesn’t excuse the snub, Seven is among the most powerful stories ever captured on camera, and it’s due its due respect.

In a dark, violent, unnamed city, two detectives meet like strangers in the night, one on his way toward retirement, one newly arrived on a mission to do good, make a difference, catch the bad guy, same old bullshit.  Somerset has seen what this city can do to a man’s soul, has experienced both its apathy and its rage firsthand, and is tired of the senseless death surrounding him.  Mills is young enough to believe that things can still change, that good can conquer evil, that no crime goes unpunished.  But a recent death will show both men how little they understand of murder and the murderer’s mind.  Because it’s not just one death, it’s seven planned deaths, as a serial killer weaves his sermon to the masses, showing the world with each killing that humanity will be crucified for their sins now, not in the hereafter.  Somerset & Mills will set their wills to solving the puzzle of the crime before it’s complete, before seven innocent people die for the whims of a madman, before they themselves lose their way in the dark.

Seven is the 21st highest rated film on IMDb, with an 8.6 out of 10.0 and over a million votes cast, which still isn’t Oscar noms, but it’s something.  Critics didn’t love it when it came out, perhaps that’s why it didn’t make as big a splash as it should have, but I wonder what they would say today, and how it would be received.  Regardless, Seven has always been one of my favorite films, a thriller to put so many others to shame.  Fincher was the perfect director for this project, his other film leading the way to this one, and his whole filmography impressing when taken as a body of work: Alien 3, Seven, The Game, Fight Club, Panic Room, Zodiac, Benjamin Button, The Social Network, The Girl with the Dragon Tattoo, Gone Girl.  He has a morbid vision and it worked for this movie, as the story is nothing if not pitch black.  Freeman is the perfect straight man here, Pitt the hotblooded cop, Spacey the madman, Paltrow the beautiful wife at home.  These roles were cast expertly, the story is twisted, you never see the end coming, and the journey to get there is what really makes the movie, a mind-trap and a think-piece if ever there was one.  It’s been almost 25 years and Seven holds up as if it was released today, maybe even better, maybe it was made for right now, maybe it would have been even more of a success.  That’s how great this film is; it stands alone on an island of time and demands to be watched, which I am happy to oblige.