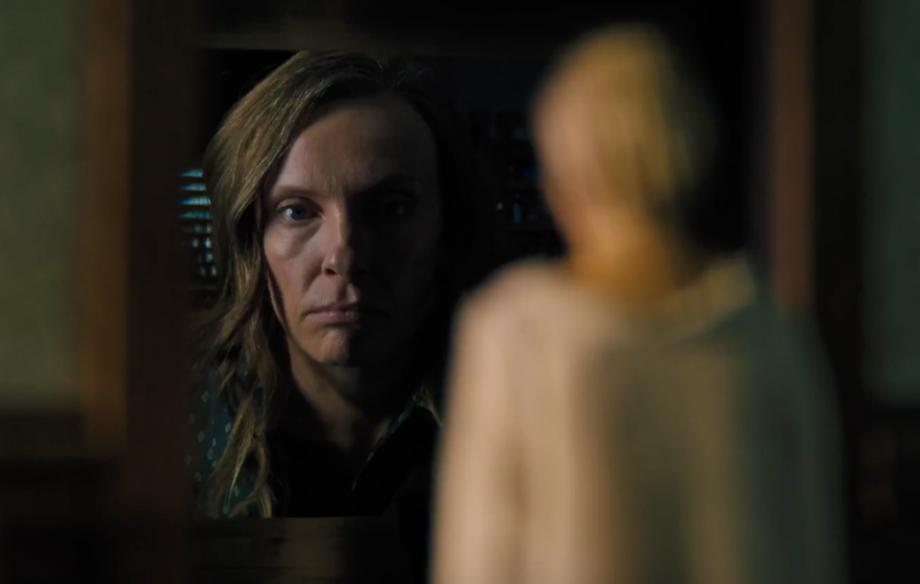 Each year there is one stand-out horror film, and usually it’s a fairly unanimous pick.  I’ve listed them all before, when a new season begins and one movie emerges as the scary front runner, so I won’t do that here, but it’s pretty amazing how obvious it is, how one out-of-left-field project shocks us all, frightens us to our core, and holds up all year long in the face of some stiff horror competition.  Again, I won’t start listing all the past bests, but 2018’s was Hereditary as soon as it came out in early summer, and there hasn’t been anything to challenge it since.  But this time I have to disagree with my critical colleagues, or at least abstain from stamping for this movie, since I don’t have another one with which to replace it on the ballot, at least not yet.  I just know that they’re choosing poorly this time around, that this ghost story has been hyped above its quality, and that it’s nowhere as good as you’ve heard.

Annie has never been close to her mother, but as her mother approached death, Annie felt that she had no choice but to take her in and watch over her final days.  Now that she’s gone, things can return to normal, but that doesn’t mean that they will.  Annie works in miniatures and has a show coming up, but she can’t concentrate; she keeps thinking about the mother who she sometimes hated and how now she’s gone forever.  When another tragic event strikes, the family’s entire functional structure comes crashing down, and no one is capable of picking up the pieces.  What’s more, Annie becomes convinced that something supernatural is happening, that the family is cursed somehow, or at least is touched by something evil that wants them for a dark purpose.  She will attempt to save what’s left of what she once loved, but it may be far too late.

Hereditary is, unfortunately, an assortment of styles and traditions throw together, bound loosely by a plot, and left to its own devices.  There are far too many horror standards accessed and abused to call this movie anything other than theft, as no cliche is left untouched as the film grinds toward its recycled conclusion.  The director could only add a strong camera style and cast a great lead actress, but he was powerless to do anything else other than use up the narratives and scares that he had seen in the past and finish it all off with an ending that’s straight from the final scenes of The Witch.  Really, the entire film seems like a modern-day version of that movie, but what worked in a stark way there didn’t translate in a new way here, and audiences were left to suffer.  I won’t say I wasn’t scare, I was plenty scared, and what’s more I was on edge throughout, which may be even more terrifying.  But I was never impressed, not the way other critics seem to be, and I’m shocked that they think this is the best the year has to give us.