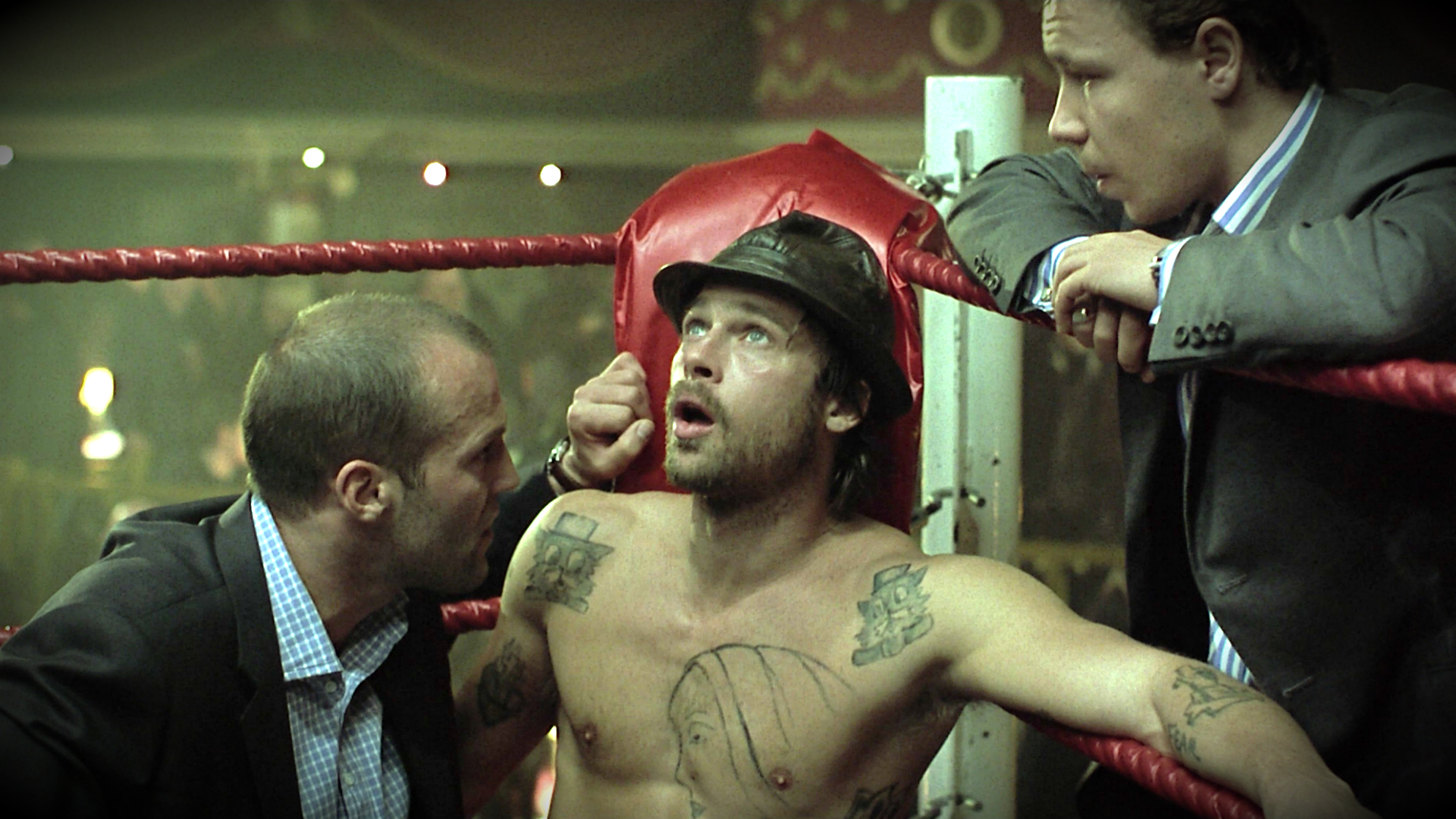 Before Jason Statham became the biggest tool in the shed, he was an unknown British talent surviving on charisma alone, until Guy Ritchie cast him in a few movies and he morphed into a megastar.  That epitomizes Snatch pretty perfectly; it’s like some random filmmaker stumbled upon a ton of quirky Englishmen who were more hustlers than actors and decided to make them into stars.  And then audiences tripped over some wacky movie about a diamond heist and fell in love, although we really couldn’t tell you why.  Snatch is imperfect and messy and insane and violent and insulting and chaotic and wrong, but it works anyway, and I don’t think there’s much to point to other than pure luck.  Well, no, there are reasons this film is so beloved, at least by me and my friends and other 30-something guys who were constantly crushing on Brad Pitt, and a rewatch only makes them more obvious.

Whatever can go wrong will, right?  That theory is proven here, in a fuckup in the UK that results in the deaths and arrests of most of the main characters, and most definitely won’t go in any direction that you had pictured in the beginning.  You see, Franky Four Fingers steals a giant diamond from Antwerp and wants to sell it to Cousin Avi in New York.  But first he’s got to stop off in London to see Doug the Head and buy a gun from Boris the Blade; everyone’s got errands to run.  He’s not the only one who wants the stone though, now that it’s stolen and walking the streets, and everyone is going to be after him.  Somehow, illegal boxing promoter Turkish and his partner Tommy get involved, get mixed up with a load of Irish Gypsies, lose all their money, and go into dept to the most notorious gangster in the city, an evil man called Brick Top.  And that’s just the beginning.

The characters are what make this movie; well, that and Brad Pitt’s Pikey accent.  But the characters and all their problems are what keep this film exciting, and are what keep it remembered today.  They all have nicknames, they’re all loony, they will all do whatever needs doing, even feeding people to pigs, it’s a mad, mad world.  Statham gets his head of steam, Pitt becomes an icon, and the list goes on and on; Dennis Farina, Benicio Del Toro, Vinnie Jones, Lennie James, Jason Flemyng.  The quotes you can take and that I do take every day (It was at a funny angle!) are monumental, nothing short of cinematic pillars, if extremely weird ones.  There simply aren’t words to describe what Snatch is, this feisty, heisty comedy that refuses to play by the rules.  The music, the accents, the clothes, the monologues, the villainy, the underbelly, the caravans; it’s something you have to see to believe.