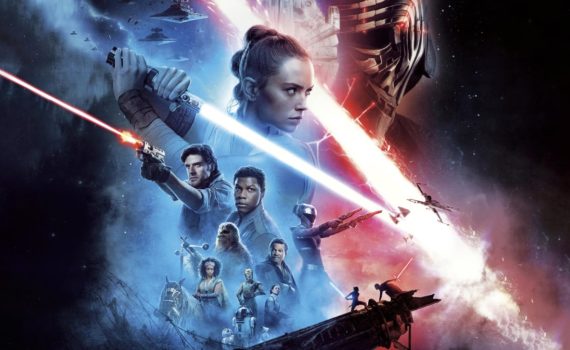 To sum up, The Force Awakens was great and The Last Jedi was questionable.  I personally liked it, but not for the reasons that those who were looking for feminism and inclusion liked it; I’ll always be part fanboy, I just thought it was a good movie, with some amazing scenes.  But I was concerned that Rian Johnson felt compelled to completely turn the direction of the universe around; I thought where we were headed was just fine.  That is why I was excited about The Rise of Skywalker, which I thought would fix the problems but continue what was working; best of both world’s right?  But nope, no matter what character decisions the director decided on or whose Rey’s parents are, none of it matters if you make a fundamentally flawed film, and that’s exactly, sadly, what we have here.

The Resistance has fought off the First Order for now, but the population of the galaxy has not risen up to support them, and it’s only a matter of time before Kylo Ren defeats all rebels once and for all.  But there’s a disturbance in the Force; the voice of Palpatine is heard throughout space and it seems like he’s been pulling the strings all along.  Kylo hunts him down to end any rival to his power, but instead finds an ally in his war against the light side.  Meanwhile, Rey and her friends must find the same undead emperor before he can amass his forces, join the First Order, and bring the dark side to full strength.  It won’t be easy, but together, with love, and with help from where they least expect it, the last of the Jedi have one final chance to save all creatures from total destruction.

I liked this new trilogy so far, I’ve enjoyed the extra movies (Rogue One, Solo), but this last installment is a complete disasterpiece, and I’m so sad to report that.  And I promise it’s not because they turned around from where the last film was taking us; I’m fine with a return to canon, that’s cool by me, I want Rey to be someone special, and that’s all up to the director, I’m not trying to decide what the path should be.  I’m upset, rather, that JJ Abrams created something stupid, pointless, and amateur, when the groundwork was laid for something so special to come to fans who have waited so long.  He messed up big time, that’s all there is to it, he did a bad job, and I can’t understand anyone who would say differently; this movie, from top to bottom, is a mistake.

It starts with Palpatine, which is never really explained, and it goes on from there, as each “reveal” is dumber and dumber, until audiences throw up their hands and give the fuck up.  It’s that angering, we should be taking it that seriously, because this is a part of our cinematic culture, and it just got ruined.  The dialogue, the plot choices, the editing, the character introductions, the lack of time given to anything meaningful while too much effort was spent on these ridiculous twists that do absolutely nothing emotionally; my god.  Seriously, my god, and from the first moments I could tell something rancid was brewing, and it never let up.  Rey was weird, everyone else just yelled and ran around, no awesome characters were used properly, each “gotcha” was more idiotic than the last; over and over and over this film failed to live up to all that we as faithful followers deserve.  And I’m not being petulant, I promise, I’m not a toxic Twitter troll, I wanted Rise of Skywalker to be phenomenal; the fact that it’s the opposite shocked and disappointed me hard.  It’s all over now, at least for a while, and I guess that’s for the best: if we ever return to this franchise we need a fresh, improved start.