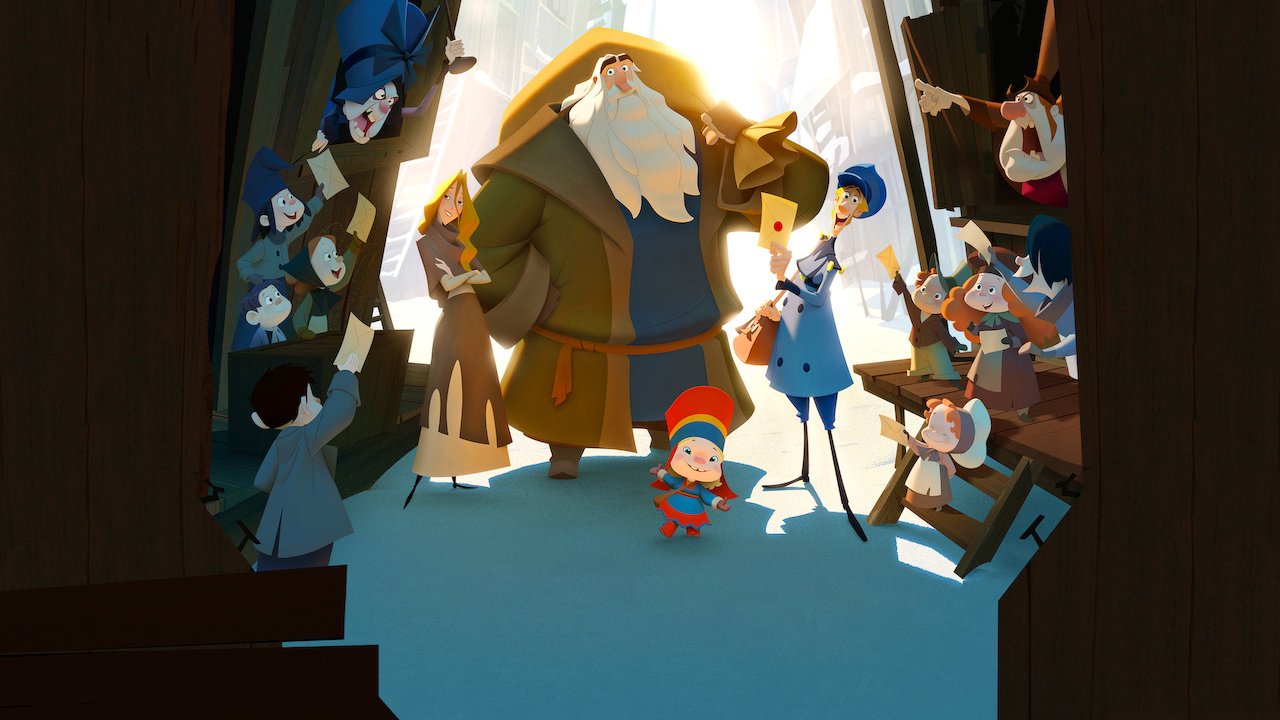 Klaus is being touted as an instant Christmas classic, but I think audiences might have had a bit too much spiked holiday eggnog.  Netflix released it, the guy who made Despicable Me created it, and the only thing I saw instantly was that it was on a lower tier than other animated flicks I’ve seen this year.  I don’t mean just Disney/Pixar, other studios are doing solid work as well, but I don’t think Klaus exactly qualifies.  I will admit to getting in a festive mood by the end, and enjoying the happiness the film brought to my kids, but to those who think that this might be the best the genre has to offer this season I’d say, did you not watch anything else?

Jesper Johansson is the Post Master General’s son, and so destined to be a Royal Postman, but in truth he’s basically a worthless human being.  He’s spoiled, selfish, lazy, conceited, and just downright unlikable (Emperor’s New Groove much?), which is why his father finally feels the need to push him out of his comfort zone and to make him do some real work for a change.  Jesper is sent north to the snowy island of Smeerensburg, where two families are at constant war with one another.  There he meets a quiet woodsman who likes to give small toys to small children, and the miracle of Christmas giving is born from this unlikely friendship, and within Jesper’s unlikely heart.

The animation is odd, Jesper is annoying, the casting is poor, most of the movie isn’t about Christmas, and, in general, the movie rubs me the wrong way as an “origin story”.  Schwartzman just talks and talks and talks, it never ends, Simmons is a weird choice, just doesn’t sounds right, Jones is the world’s worst actress, and then there’s the rest of the cast: Will Sasso, Norm McDonald, Joan Kusack.  That’s a very questionable group, and it’s not a surprise when it doesn’t work right.  I guess I’m Grinch or Scrooge, because by the end I had completely allowed the Christmas spirit to enter my cold heart, I didn’t hate anything that was happening, I just don’t think this was strong work, in fact it was the opposite; weak sauce.  If it hadn’t been for the cutest little imaginary child in the world entering the picture, I really think I might never have been affected; thank snow for Márgu.  But that was about all that I liked about the movie, the rest was average, and I think more critical minds might have trouble with this one; my advice is to leave it for the kids.