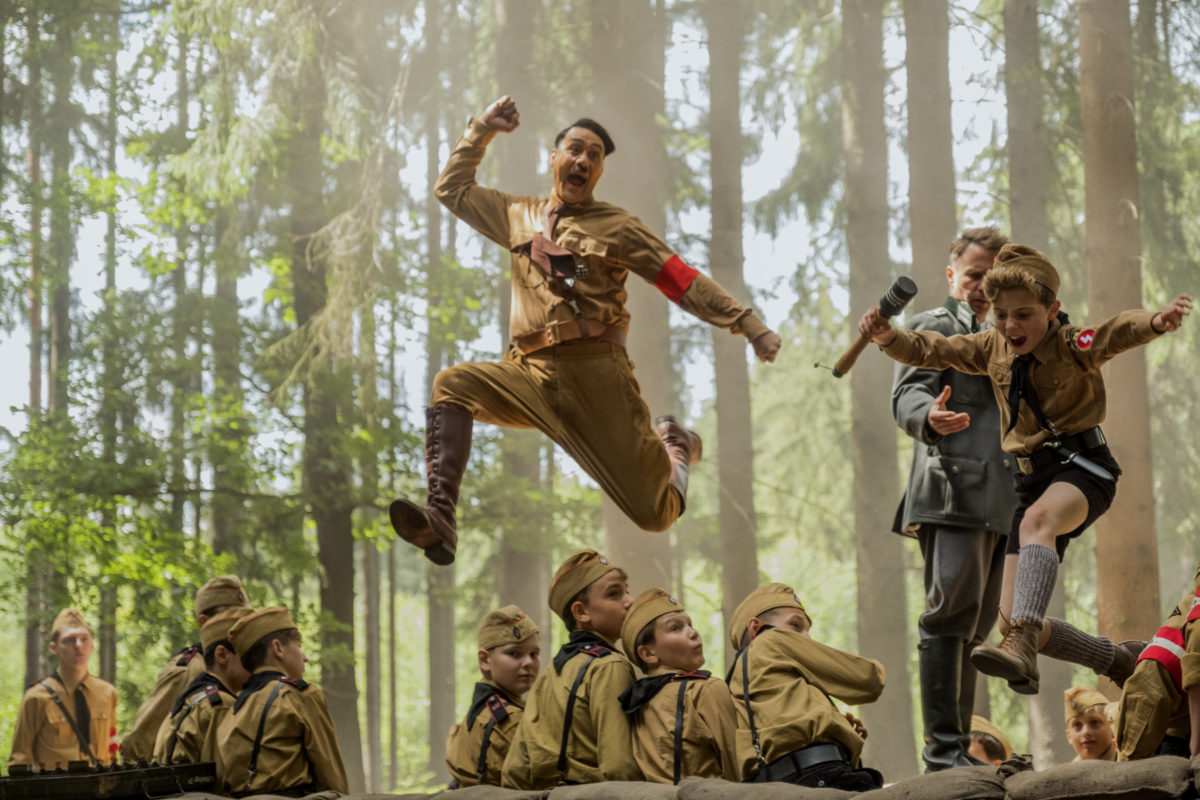 First of all, you should know that I absolutely adore Taika Waititi.  Like, from all the way back to the movies he’s done that nobody’s seen, that’s how much I love the guy: Eagle vs Shark, Boy, What We Do in the Shadows, Hunt for the Wilderpeople, Thor: Ragnarok.  He’s a genius, he’s hilarious, he always gets it just right, I’m so happy that he’s finally getting recognition, because some of us have been watching his brilliance for years, and I don’t care if that sounds snobby or, like, hey I knew him first, it’s just the truth.  He’s always been able to brand his style into the skin of his films, they are unmistakable, even the Thor movie, you can see his taste and humor woven throughout every moment, and that’s brilliant.  But it’s like he lost vision from every angle that he used to see so clearly from when he got behind & in front of the camera for Jojo Rabbit, because all the old magic is gone.  The Kiwi Komedy King has made his first misstep, which I guess was bound to happen, but that doesn’t make me feel any less disappointed.

Johannes has joined the Hitler Youth, and it’s the proudest he’s ever been.  His father is off fighting somewhere, his mother is a lovely German woman, Hitler is his ultimate hero, and he’s even gone so far as imagining that Adolf is his best friend, appearing beside him as a comical figure full of sage advice.  All is well, the Third Reich will flourish, and little Jojo will be on the front line of the fight against the non-Aryan horde; what more could you ask for.  But doubts begin to creep into Jojo’s life when he is injured while training to be a Nazi soldier, and they really take hold when he discovers that his mother is hiding a Jewish teenager named Elsa in their walls.  What was once so clear and fun has now become clouded and sad, and as the end of the war approaches, Jojo must make tough choices, deciding for himself what’s right, wrong, and necessary.

I can’t stress this enough; Waititi is a spectacular director.  The comedy he is able to produce, the true passion and heart underneath the laughs, the talent he brings out of his actors, the roles he casts for himself, it’s all near-perfect, I’m not sure there’s a filmmaker creating more honest work than Taika, and it shows.  Then came Jojo Rabbit, and the bubble has been burst, but it’s not for the reasons you might think.  The comedy is still there; the Nazis are hilariously insane, Imaginary Adolf is wonderful.  The supporting cast is great: Sam Rockwell, Rebel Wilson, Alfie Allen, Stephen Merchant.  And the amateur talent is surprisingly good in the form of the lead kid, his best friend, and McKenzie, who was great in Leave No Trace.  I also liked the irreverent, farcical quality of the poking fun at Nazis bit, that didn’t bother me at all, I don’t think the topic was too delicate for this kind of pointed humor.  I’m shocked to report that the largest problem this film faces is that it’s simply and bizarrely boring, from start to finish, completely and utterly dull, and that makes no sense at all.  I could have fallen asleep at multiple points, there was nothing going on that demanded my attention, and eventually even the comedy just wasn’t fun any more, it was sleepy, and it definitely wasn’t cutting-edge.  Maybe Waititi was taking a risk but at the same time holding back, that’s how it felt, like he was only giving us 50% of the electricity he could have zapped us with, of the filth he wanted to throw in our faces.  For what should have been a daring film, Jojo Rabbit is embarrassingly timid, and marks the first mild failure of a director I thought could do no wrong.