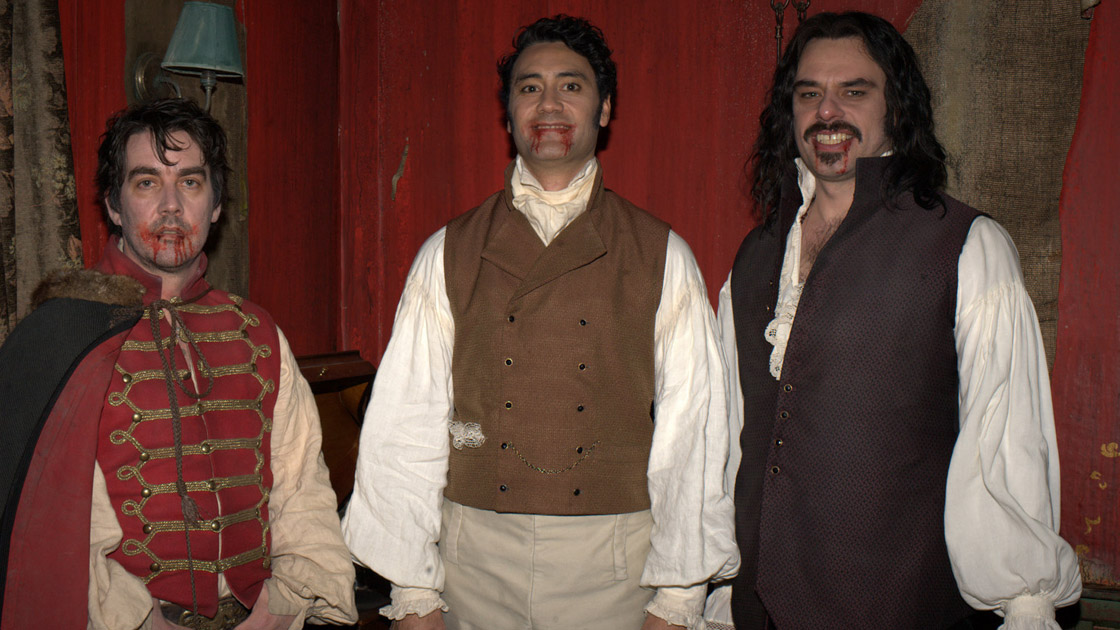 I first stumbled upon Taika Waititi with the extremely odd Eagle vs Shark, where he directed Jemaine Clement.  It was a love story set in New Zealand, the tale of Jarrod & Lily, two strange people who just happened to understand one another.  And then I saw Boy, another Waititi directed film, but this time one which he wrote alone and starred in.  Read my review if you like or let me save you some time; it’s amazing.  Waititi’s films have a strange & original brand of humor, depth of heart that’s missing from so many Hollywood dramas, and inherent accents that you can’t help but love.  What We Do in the Shadows is a strictly comedic film, but it still carries the patented charm, combining it with a story that might be the funniest thing you’ll see all year.

Over the next few months, a New Zealand documentary crew will follow around a house of flatmates as they go about their lives; sharing chores, hitting clubs, bringing home guests, making friends.  Oh, I should mention, it’s a house full of vampires.  Viago is the orderly one, a foppish undead who pines for his lost love and makes sure the dishes get washed.  Vladislav the Poker is the bad boy of the group, a famous vampire in his own right, a renowned sadist who has only grown more surly with age.  Deacon is medieval, a bit lazy, and kind of a grump.  And then there’s Petry, but he usually stays in the basement closet and doesn’t say much.  The friends just want to be normal, dance the night away, and drink some blood; what’s wrong with that?

This movie is a cross between Flight of the Conchords and Best in Show.  It’s an offbeat indie comedy but with a mockumentary feel, like Christopher Guest became a Kiwi and watched too many vampire movies one night.  But I mean all that in the best way, because this film is terrific.  It’s humorous in an unconventional style, surprisingly gory, always irreverent, and never dull.  Waititi & Clement are the perfect duo, a pair who actually directed, wrote, and starred in this movie together.  They play off each other well, seem to have edited each other nicely, and came up with a script that is laden with memorable quotes.  Add in some slaves, a few werewolves, a vampire bash, old girlfriends,  & a vampire hunter and you have a hit on your hands, a comedy that you won’t quickly forget and a film that should be seen right away.