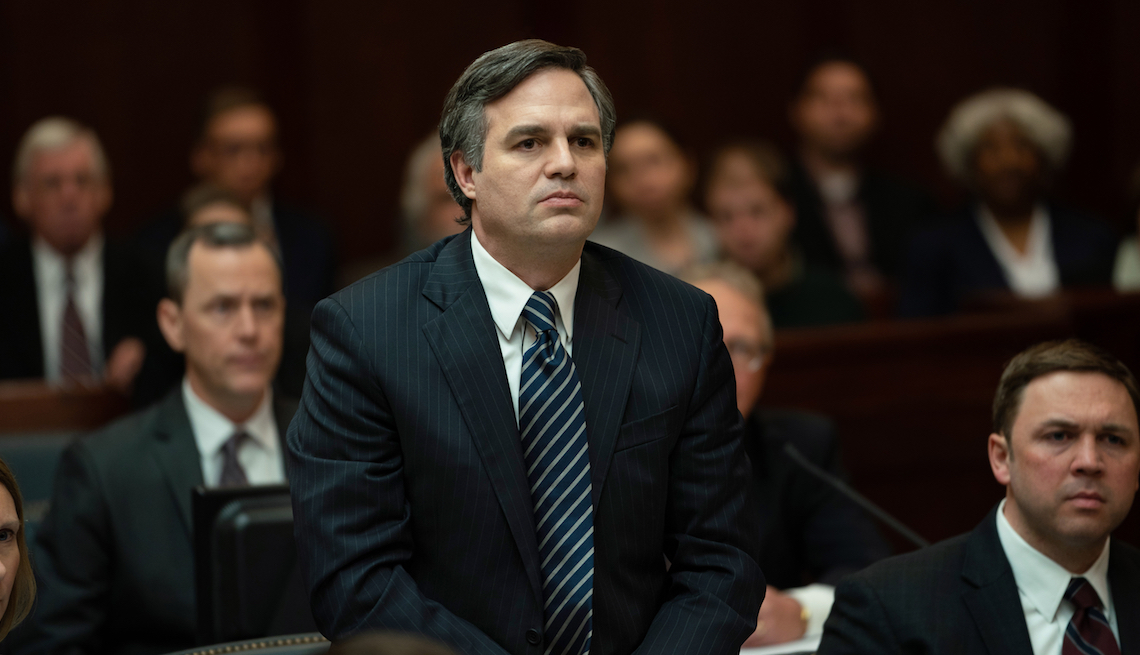 The best part about Dark Waters is that you can feel Mark Ruffalo’s passion behind every moment; this isn’t just another role to him.  He’s political, he’s an advocate, he’s using his money for good, and it shows, it’s obvious that this isn’t a case of just another actor playing just another part, punch in and punch out.  No, he’s invested, he’s trying to shed some light, and the use of some of the real people who lived this story in small parts in this film reflects how real they wanted this to feel to audiences, and that works wonders.  Todd Haynes is a strong choice for director (Carol, Wonderstruck), Mark Ruffalo is an incredible actor (Zodiac, Foxcatcher), the plot is a message we need to hear; Dark Waters might even seem too close to home for some, too personal and true.  But unfortunately we’re right in the middle of Oscar season, and this feature is no Spotlight, it’s more Erin Brockovich, if definitely with less Hollywood influence.  Still, Dark Waters isn’t Best Picture caliber, it’s much more plain than that, which is a mild disappointment.

Robert Bilott, a new associate at a corporate law firm in Cincinnati, Ohio, has just stumbled upon an exposé case that could cripple a company in one of America’s largest industries; the problem is, his firm represents that industry.  It all started when a man named Wilbur Tennant reached out to Bilott for help, knowing he was a lawyer, also knowing & living near Robert’s grandmother in Parkersburg, West Virginia.  Wilbur’s cows had all died after a landfill was bought by DuPont Chemical next to his farm, and now Wilbur and his wife are getting sick too.  Robert works for DuPont in a way, but he also knows them better than they know themselves, better than the EPA does, and he can feel that something is just not right.  What he uncovers is decades of systematic lies, all the while DuPont knowing that people’s lives were being cut short, their only real interest being their profit margin.  And so began a crusade to tell the truth, to protect the locals who were dying, and to let the world know that they might be next if action isn’t taken.

I live in Ohio, where much of this movie takes place, and I have ties to West Virginia through my in-laws, so this story was very personal to me, and more so to my wife.  Her family worked at the chemical plants in what they call Chemical Valley, they swam in those rivers growing up, they were lured into believing that companies like DuPont & Union Carbide were looking out for the well-being of their workers, and then they were diagnosed with cancer at a shocking rate.  This is real life to me, to her, to her family, they lived this, and so this film touches that nerve in a powerful way.  It’s also very well acted by Mark Ruffalo, he sells the story, and you can tell he cares.  Unfortunately, no one else stepped up to the plate.  Camp’s accent was off, Hathaway was an odd, over-dramatic choice, and none of the other actors helped much: Tim Robbins, Bill Pullman, Victor Garber.  And (spoiler alert maybe) I already knew about forever chemicals, I was already anxious about how we all have them in us and how we’re all gonna die because of it, so I’ve already gone down that bleak tunnel, this wasn’t news to me.  With that wow factor removed, the film is only OK, though still important, and I applaud Ruffalo for working so hard to tell the story; I just don’t think the ultimate delivery is award-worthy.