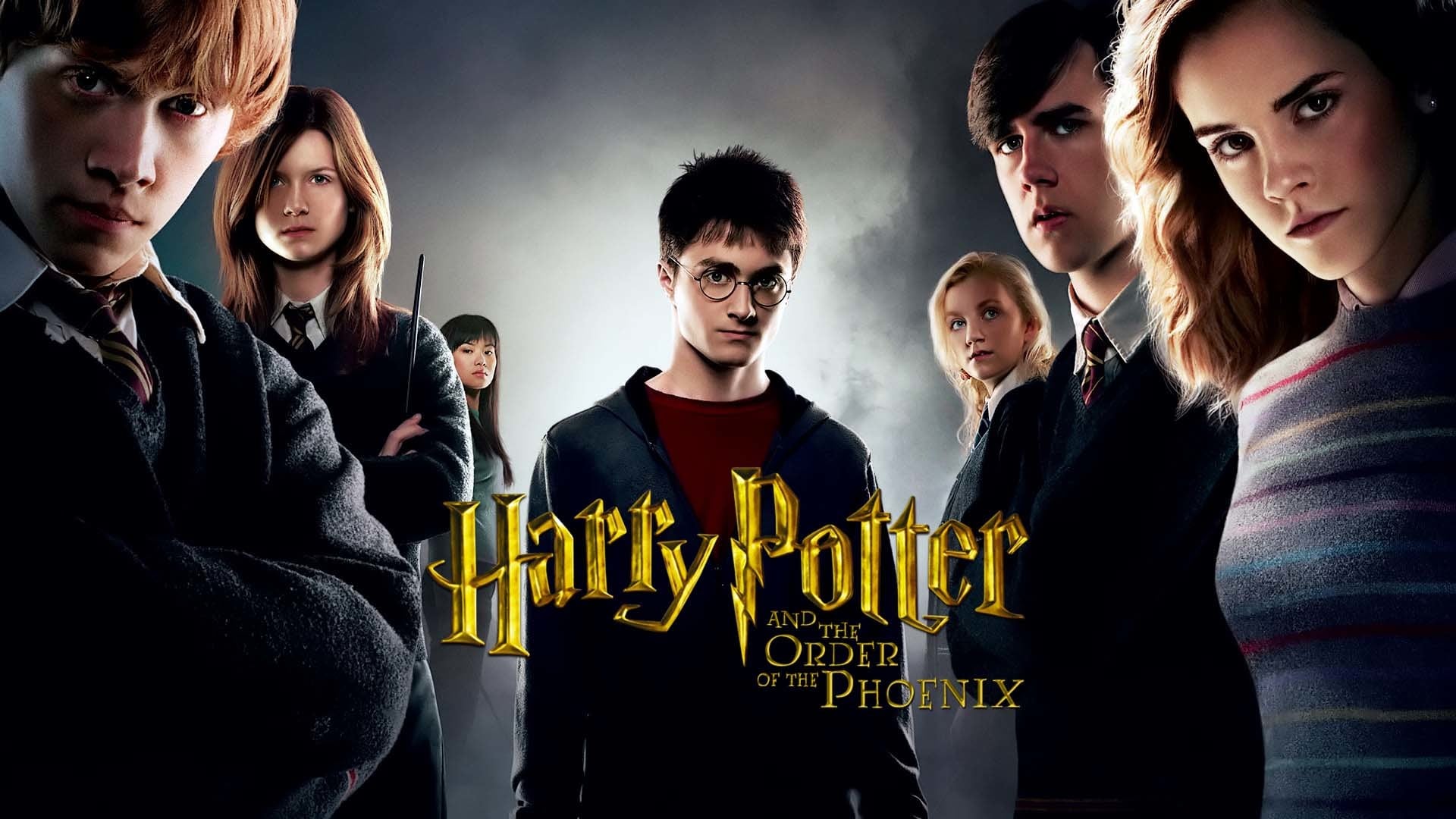 Reading the Harry Potter books and watching the movies are very different experiences, and produce very different results.  The first four books are spectacular, so fun, so enveloping, and then I think they go a bit downhill as they become darker and bleaker and more war-heavy.  But the films go on their own paths; the first two are wonderfully childish, the third is all of a sudden awesome, and the fourth is a badly-acted shell of the original intent.  The fifth makes up for that misstep, with David Yates swooping in to take over the franchise and to “Muggle” things up a bit.  I’m a purist, I like the novels, I hate when they change too much for the movies, but I also understand that it has to be done sometimes.  Yates toes the line between eliminating too much and trying to jam too much in, and the result is a fairly solid overall experience that gets the series back on the right track.

We all know the story of The Boy Who Lived (Sorcerer’s Stone, Chamber of Secrets, Prisoner of Azkaban, Goblet of Fire), but his battle to survive is just getting started.  Voldemort is back, even if the wizarding world doesn’t want to admit it; he’s back, rallying his soldiers, and preparing to strike.  Harry seems connected to the Dark Lord even more strongly than ever before, seeing into his thoughts and feeling his emotions.  Dumbledore and Snape try to teach him to control his mind and his temper, but it’s hard; Harry is, after all, a willful teenager on top of everything else.  What’s more, Dumbledore is no longer in full charge of his own school; the Ministry has appointed Dolores Umbridge to monitor, report, and punish, as the Minister is afraid of the famous Headmaster and refuses to take his word that Voldemort has returned.  Harry and his friends will have to fight not only against the Death Eaters, but against school policy as well, as everything turns against them, and the drums of war begin to beat loudly.

The Fantastic Beasts movies aren’t really that good, but I’m not sure that blame falls on Yates’ shoulders; I think the well has run dry.  But then again, he also did The Legend of Tarzan, and that was terrible, so maybe he’s not the best director ever.  But he took Order of the Phoenix in the right direction, modernizing some things without ruining the feel of the original content, so hats off to him for that.  It’s more than just hard to keep the meat of the plot while adapting it into a movie, there’s only so much you can fit in, so I understand the changes, even if I didn’t like any of them.  But what I did like outweighed the bad, giving me a positive experience overall.  Harry was brooding but strong, Ron & Hermione were basically just in the background, Luna is a wonderful character, and Umbridge is so awful and so evil and so perfectly done, you have to applaud what Rowling created and what Imelda Staunton was able to do.  Again, a lot of the detail work of the book is completely ignored, but I don’t know how else the adaptation could have been done, so I’m OK with the decisions that had to be made.  All in all, the fifth is a step up from the forth, and maybe the only later film I like from Harry Potter, if might all be downhill from here.