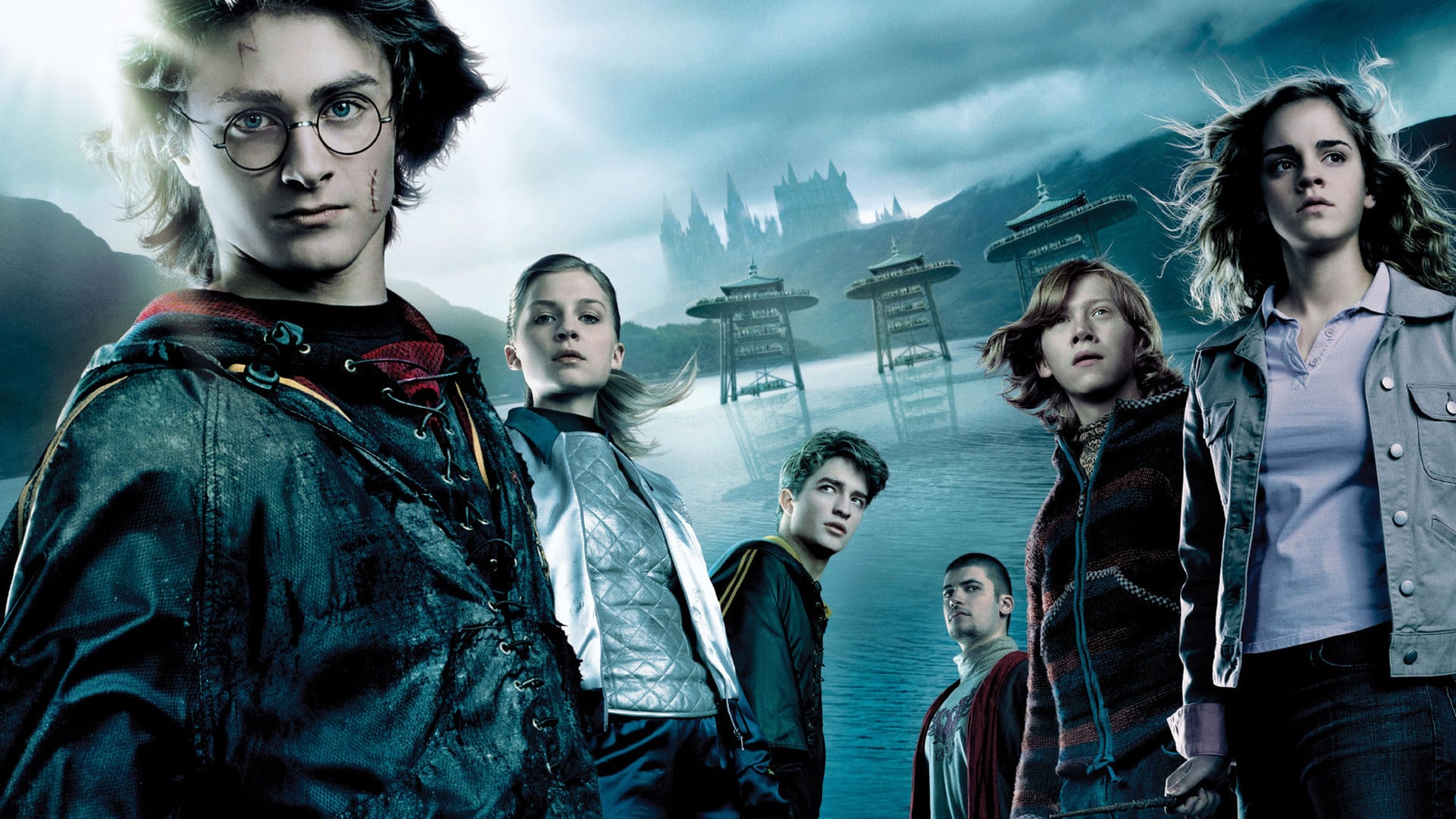 If Prisoner of Azkaban was a step forward for the franchise, Goblet of Fire was a step back.  Not in dark maturity or fresh modernity, those aspects were needed, presented, and kept, but in overall quality; that’s where the fourth volume stumbled, and it’s not really hard to see why.  The biggest problem might have been in condensing the novel into a film, because by #4, the books were getting pretty thick.  So much of the plot was left out, often necessarily, that the timeline was left with a ton of holes, and the explanations for events seemed completely out of left field.  That’s a tough hurdle, I don’t envy whoever had to turn the entire, complicated tale into a 150-minute extravaganza, but that was the job, and it wasn’t done well.  And that’s just the most obvious foul up, as perhaps the franchise’s best book quickly became perhaps its worst movie.

Harry’s summer ends with a bang, literally, as he & the Weasley’s attend the Quidditch World Cup, which ends with a fantastically evil display of power from the Death Eaters, the followers of Lord Voldemort who have not forgotten their master.  He’s getting closer to returning in true human form, and Harry can feel his rise, feel his ever-growing power.  Back at school, Hogwarts hosts the Triwizard Tournament, a friendly competition between nations that is supposed to boost ties between wizards and witches, but could also spell the end for Harry.  Someone volunteered him for the Tourney, and he can’t back out, even though the events are way over his age level and decidedly dangerous.  He’ll just have to persevere, figure out how this is all tied to Voldemort, and reveal his secret servant, before he winds up beaten in a game that is anything but.

Mike Newell was an odd choice to replace Cuaron as director, especially after Alfonso ushered in a new mood with tremendous success.  Newell is a very average drama director, not someone who should have been entrusted with this precious world, and he failed miserably to handle the slippery situation.  The amount that was left out of the movie is staggering, all the events feel hurried along from behind by a desperate man, and no character stands out with clarity, not like in previous films, which always had standout performances.  Brendan Gleeson was a solid Moody, Robert Pattinson did Diggory justice, but everyone else was just there, instead of seizing the moment to shine.  The young trio (Sorcerer’s Stone, Chamber of Secrets), who solidified in their last adventure, fell apart here, and none of them were given the reins, suffering because of it.  The film as a whole was choppy, overly fast, and felt crammed, which I understand but can’t accept.  This should have been an amazing experience, given the quality of the book, but all Newell could manage was a fine one, which might earn some smattering of applause simply because we love Harry Potter, but doesn’t warrant any independent respect.