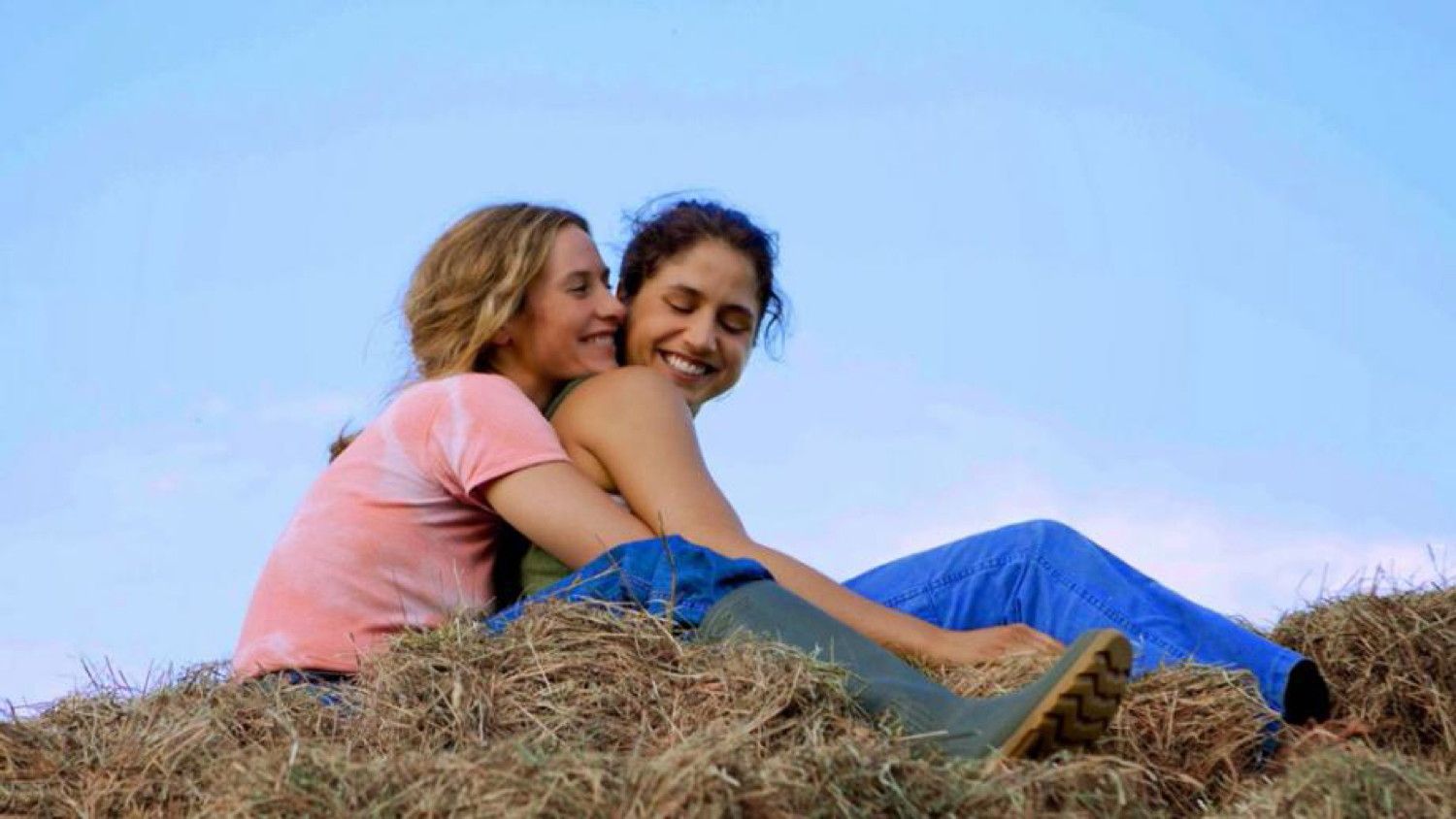 I enjoyed Cecile de France so much in Lady J that I had to go back and find her in other films, the first I stumbled upon being Summertime, a tale of forbidden love during a time of supposed change.  She’s such a compelling actress, with so much talent and composure, I just love watching her, even though now it’s become a whopping total of two movies.  But I’ll be on the lookout for her name, and I’ll trust her ability to carry a scene, because I’ve witnessed it now, 2/2.  Izia Higelin I didn’t know, nor do I consider myself an expert of French/Belgian film, but I’m happy to learn if Summertime is any indication.  It was simply lovely to watch, had a strong message to deliver, and needs to be much more widely seen here in the States.

Delphine has always been attracted to women, but has never been able to tell her parents, knowing that they & the village would never understand.  But times are changing, and when she moves to Paris to get a job, Delphine meets a group of feminists who aren’t just pretending to be accepting but are actively fighting for women to have the right to be themselves.  One of the leaders is Carole, who Delphine falls head over heels for.  But there are obstacles: Carole lives with a man, Delphine must return to the country to help her family, and while the world may be changing, it isn’t doing so quickly, it’s being pushed one way and resisted right back.  The pair have an almost insurmountable struggle in front of them if they want to make a relationship work, and allies in their fight are in desperately short supply.

I recently saw a blurb imploring critics and writers not to use Blue Is the Warmest Color as a comparison for female romance stories in film, and to generally stop acting like Lesbians is a genre.  I’m trying to take that to heart, because I’m sure I’ve been guilty of that in the past in my own reviews, or at least in my judgements, so I’m gonna try to do better going forward.  One of the main characters is named Carole though, so I thought of Carol of course, and it has a call-to-action feel similar to BPM, but I said I’m not gonna over-compare, so I’ll stop.  The tale is set in France in the 70s, it feels so authentic, the love story is powerful, the women are great, you completely understand what they are going through, and you root for them with every ounce of your strength.  Summertime is a stunner, if what you want to watch is deliberately paced drama that asks no permission and takes no prisoners.