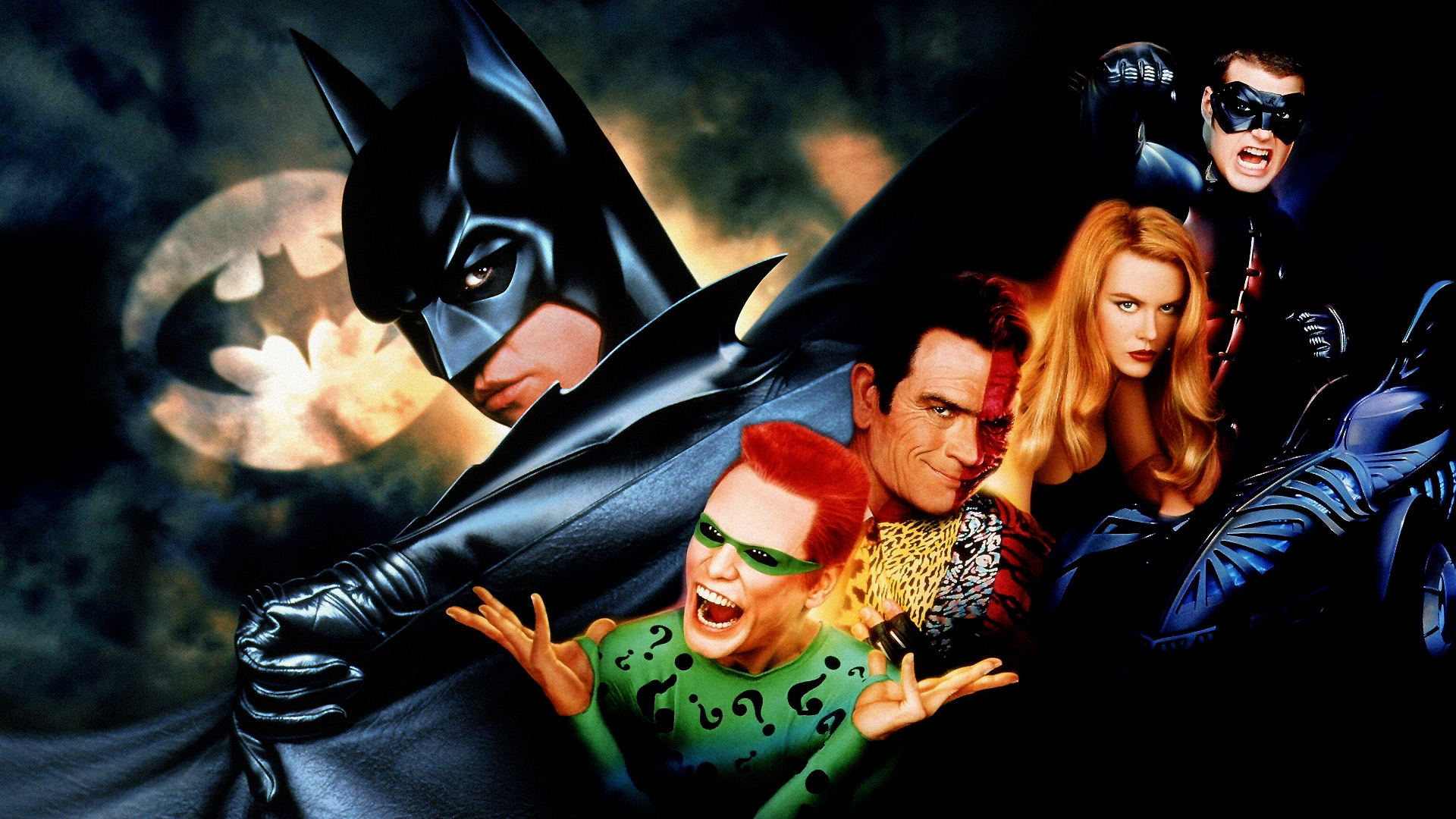 And I thought the first Batman was bad.  Batman Returns was a huge step up, Tim Burton solved all his problems from the original, but he didn’t sign on five year later to make the third installment; that gig went to Joel Schumacher.  Apparently directing St. Elmo’s Fire, The Lost Boys, and Flatliners doesn’t prepare you to competently make a superhero flick; go figure.  Because Batman Forever is a far cry from competent; it’s a stupid, bloated, ridiculous, clownish, choppy bundle of bad taste and bad acting served to us like it’s something we ought to want.  No thank you, no forgiveness, and good day to you, sir.

Batman has two new villains to wrangle in Gotham; Two Face & The Riddler.  Two Face used to be a DA, until he was disfigured, and now he’s basically two people, ever at odds with each other, flipping a coin to see which side wins out.  Riddler was once a scientist & inventor named Edward Nygma who worked for Bruce Wayne, before he began using his contraptions for evil, manipulating the minds of citizens for his own benefit.  At the same time, Batman meets the possible love of his life in Chase Meridian and a potential crime-fighting partner in Dick Grayson.  So many balls to juggle, so little time.

What a disaster.  This was supposed to be a resurgence of the franchise; a new Batman for a new time.  Kilmer steps in, does no worse than Keaton, but can’t do anything with the character except make it even less believable, and wow was he failed by his fellow cast mates.  Carrey & Jones were jumping the shark at every opportunity, the scenes with Kidman were as stale as year old bread, and the addition of Chris O’Donnell as Robin, though mercifully small, was gigantically awful.  His scenes were embarrassing, I can’t believe they were in an actual film, and it’s really hard to understand how this movie ever made it to theatres at all.