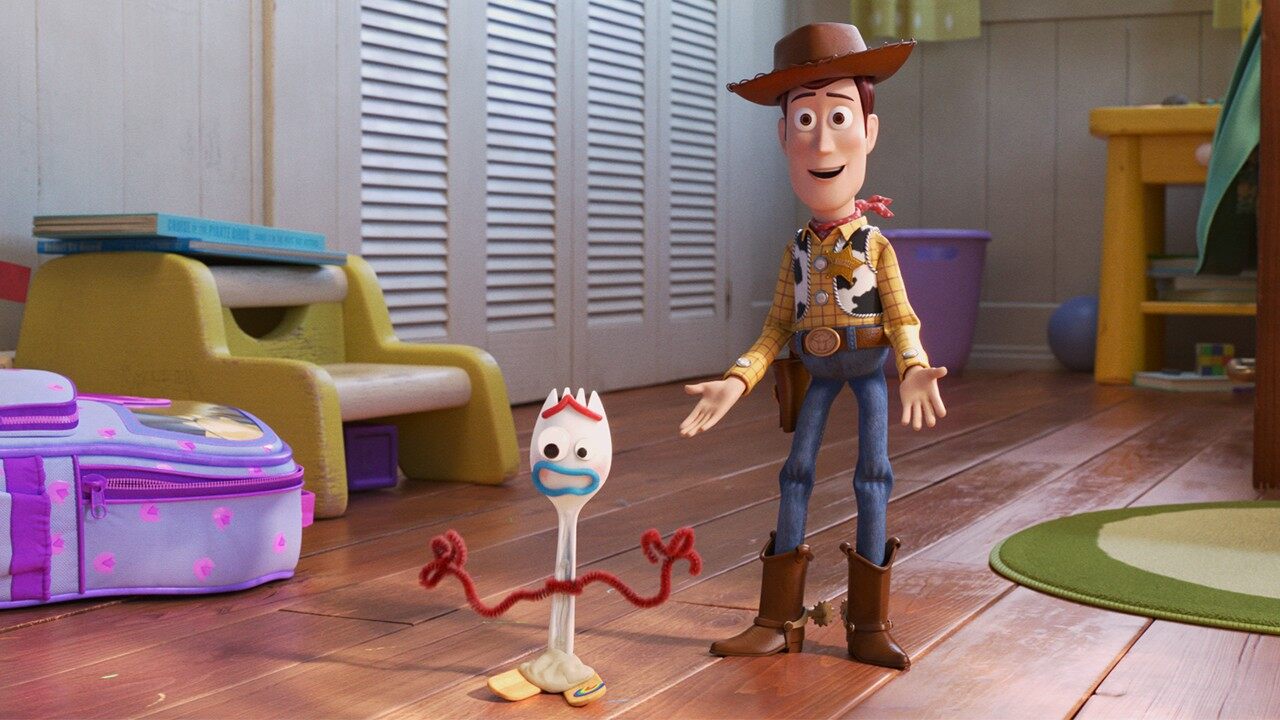 Toy Story calls a wrap after its fourth installment, although who can tell when there’s money involved; we could see an entire series of The Adventures of Rex if there was reasonable assurance that it would turn a profit, and quality be damned.  But that’s one thing to respect about this franchise; it has never seemed to be about the publicity, focusing rather on producing top-notch animation and compelling stories, with toys that we’ve come to love.  It’s sad to think that we’ll have to say goodbye, some of us grew up on these films, but nothing gold can stay, after all, and that’s something every one has to learn.  Including these iconic characters who we learn right alongside, as they go on what could be their last journey, and perhaps their most important yet.

Woody, Buzz, and the gang belong to Bonnie now, and that’s great, since Andy grew up and moved on, and since Bonnie needs them now in a way that every toy yearns to be needed.  She’s about to start Kindergarten, but before she does her family will take a little road trip, bringing along all her favorite playthings, of course.  Including her newest creation, a craft christened Forky, who knows he’s Trash, won’t be convinced he’s now a Toy, and who Woody has to babysit/guard from throwing himself in the garbage.  Forky doesn’t understand that Bonnie needs him, while Woody is starting to learn that he’s not as important as he used to be, and that there might be another life out there somewhere beyond the horizon.  An adventure on the road trip, including the previously donated Bo Peep, shows our cowpoke hero just what it means to be needed, wanted, and on your own.

Although I really enjoyed Toy Story when it came out in 1995, I was 12 years old and perhaps ready to move on from Disney to other, more adult mediums.  Pixar was a nice transition though, because it changed the art form, got rid of the musicals & princesses, and made animation cool, so budding teenagers could still watch without feeling kiddish.  Still, I was never a Toy Story fiend, although I do love Bug’s Life and WALL-E, so perhaps by then I was ready to thoroughly enjoy cartoons again.  But perhaps because I wasn’t a super fan, I wasn’t able to dive completely into Toy Story 2 or Toy Story 3, when others were going crazy.  They just didn’t wow me as sequels as much as they seemed to win over everyone else, but I think Toy Story 4 might be the closest it’s come yet to the magic of the original, pulling even me a little nearer to shedding a tear for these beloved characters.

First, the animation is stellar, and I don’t mind that they rounded the edges or that Andy looks a little different than he did all that time ago.  After all, it’s been 24 years, we’re allowed to improve technology, I don’t need the same pixels, we can accept a little change, people.  And the sets were great, moving out of the playroom, getting around the world a bit, seeing some new sites.  Pretty smart on the filmmakers’ part to give us something fresh, and the story was passable enough to get us out there.  Some of the new roles were cool (Duke Caboom) and some were questionable (Ducky & Bunny), but overall it was nice to see new faces.  Buzz was only in the background, which was fine, as was most of the original team, but, again, I didn’t mind, I think we wanted something a little different.  The message was solid as well, speaking to those of us who have grown up with this franchise, telling us that it’s OK to move on from childhood and find our own places/tastes/passions.  So I enjoyed Numero Cuatro, maybe even a little more than I thought I would, and I think it was a fitting way to bid farewell.