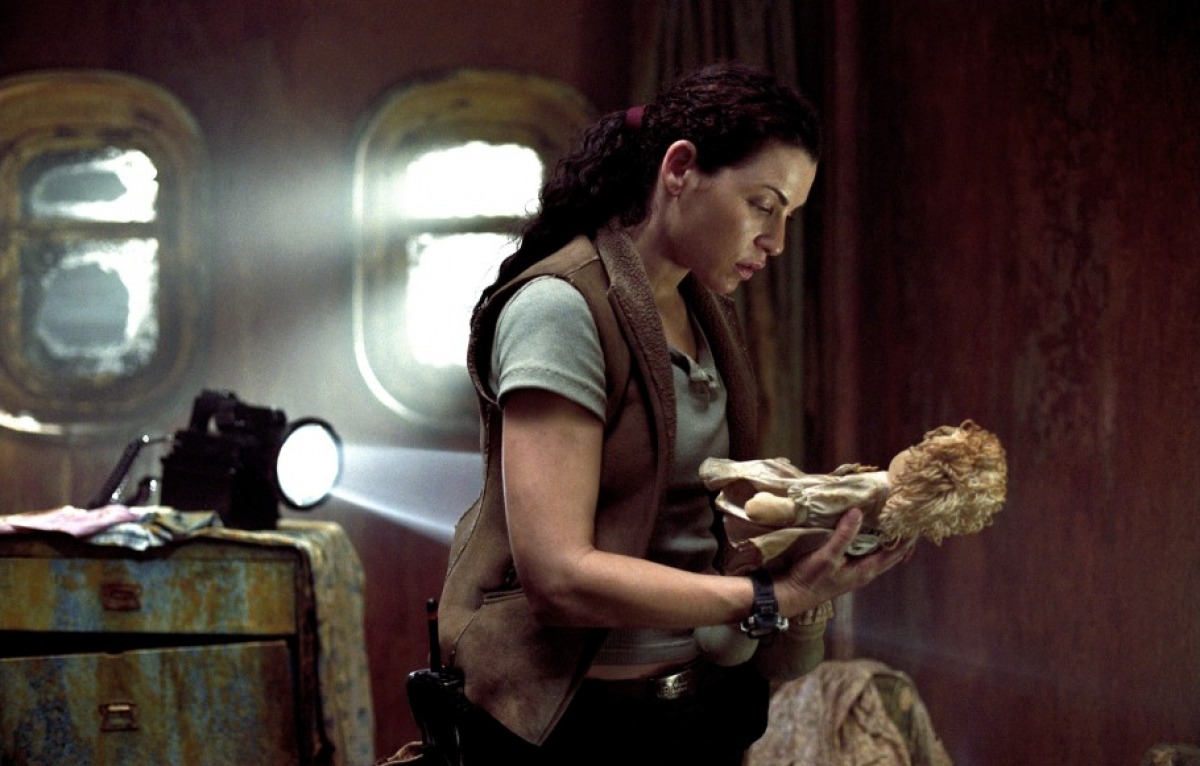 I saw that I should watch Ghost Ship if only for the first ridiculous five minutes, and that’s about as long as my willing attention lasted.  It was a struggle to make it through to the end, since it was the worst movie that has ever been made, and I rue the day I heard its title.  No joke; I don’t think I’ve ever seen anything worse, at least not a film that real humans with real intentions produced in an effort for real audiences to watch (which obviously excluded The Room).  If I were part of this cast I would move to an island where no on had heard of cinema, because you’re never living this one down, the most embarrassing attempt at actual filmmaking in history, something that will never not be a complete disaster no matter how much time passes.

A ragtag salvage team who troll the ocean for wreckage they can turn into cash get a tip on a mysterious ship that no one has yet claimed, so off they go on another adventure to risk their lives for treasure and glory.  But the ship they find isn’t an ordinary wreck, it’s a lost ocean liner that’s been missing for 40 years under strange circumstances, and everyone on the boat seems to have died.  Their spirits haven’t gone far though, and the team is about to find out that these ghosts aren’t very friendly.  Our heroes begin to die one by one as the mystery unravels and the plot thickens; will any of them make it off the decks of this haunted junk alive?!

Steve Beck has directed two movies, Thir13en Ghosts and Ghost Ship, so obviously he can’t be trusted.  Other than doing some visual effects for some flicks in ’89 & ’90 that’s it, that’s all he’s given us, and he’s not done anything since, which I think is a godsend.  Seriously, what a horrendous movie and an embarrassing attempt at, well, anything, and we should all boo anyone involved whenever we see them on the streets.  Margulies, Byrne, Washington, Ron Eldard, Karl Urban, Emily Browning; Jesus Horatio Christ, if there was ever a more cringe-worthy cast I’ve not seen it.  And yes the first five minutes are insane, but not worth watching, because then you might feel compelled to watch the rest, and that’s something you really shouldn’t be doing.