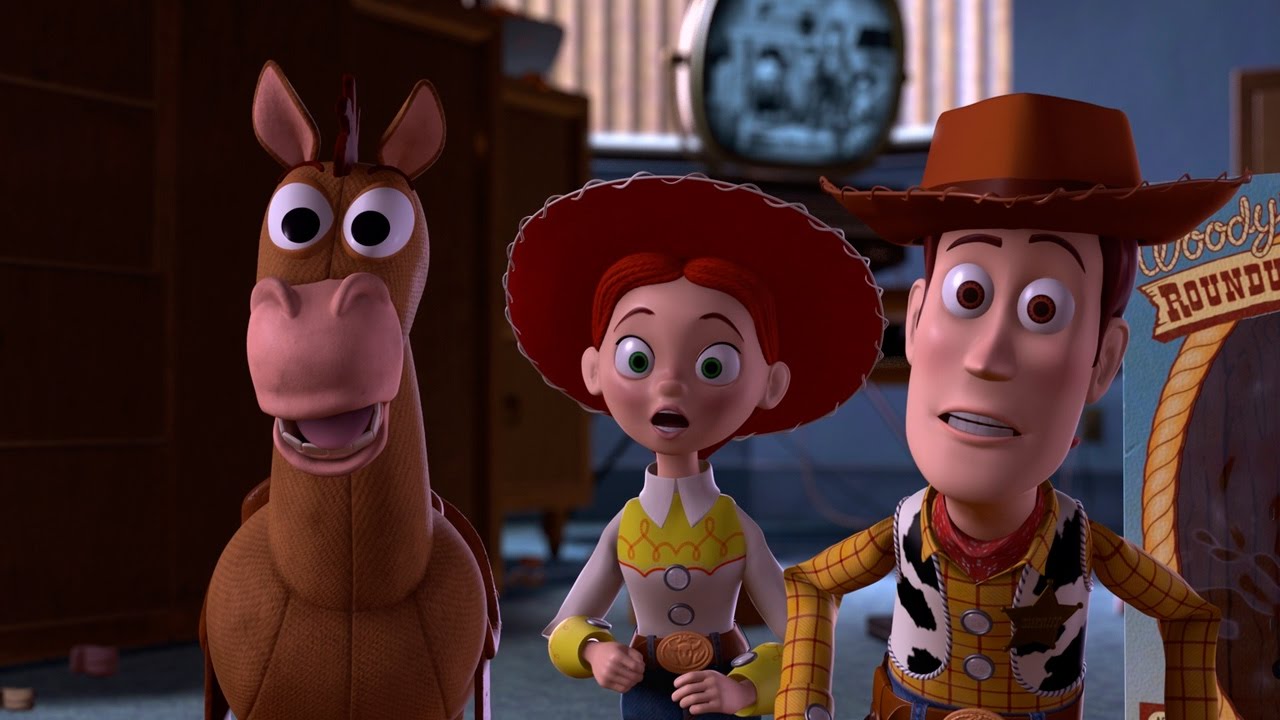 Toy Story 2 is the weakest film of the quadrilogy, which isn’t even too mean a thing to say, since this series is among the best animated franchises that has ever existed.  Toy Story is an icon, Toy Story 2 is a step-back sequel, Toy Story 3 renews the magic, and Toy Story 4 is a great goodbye; that’s a pretty good track record for something that started as a complete gamble.  Pixar has come a long way since the mid 90s, and they show no sign of slowing down, but it all started with Woody & Buzz, which is something to remember if you (I) ever start feeling too critical.  But I do thing #2 is simply a little wonky, not at all on par with the others, and perhaps just shows some growing pains that were bound to come along at some point.

Woody is back as Andy’s favorite toy, Buzz has become part of the hang, all is well in Toyland, and life moves on.  Unfortunately, that can mean that age begins to make its undeniable mark, and when Woody starts to rip at the seams he begins to wonder if he’ll be a favorite plaything forever, or if someday he’ll go from bed to shelf, and then maybe from shelf to trash.  When he is accidentally discovered in a yard sale pile, a greedy toy store owner steals Woody, with Buzz close behind to pull off the rescue.  But when Woody discovers that he’s a rare collectible, he’s not sure he wants to go back to his old life, where all he has to look forward to is watching his boy slowly lose interest and eventually put down all his childhood things.

There’s a shell of a story here, and there are some new characters, but really this movie only exists to make money and to show off what Pixar could do.  They had some new toys, pun intended, they wanted to make some cool new animation, they crafted scenes around that principle, and knew we’d eat it up regardless of the actual quality.  I’m not saying Toy Story 2 is terrible, not at all, it’s just nowhere near the first, and you can tell it’s being phoned in with a lot less heart and a lot more industry.  And I didn’t even like the new characters, they’re super annoying, and the new music isn’t that great either.  Then there’s a fleeting love interest from Buzz for no reason, ending in his wings erecting themselves like he’s got a boner?  I found that completely inappropriate, even if kids won’t understand it, I just didn’t see the need for that, or for most of what was put in this film, for that matter.  It’s a showcase, which is exactly what the moral of its story was warning against, when you really think about it.  I’m glad 3 was better and 4 finished strong, because 2 was a disappointment.