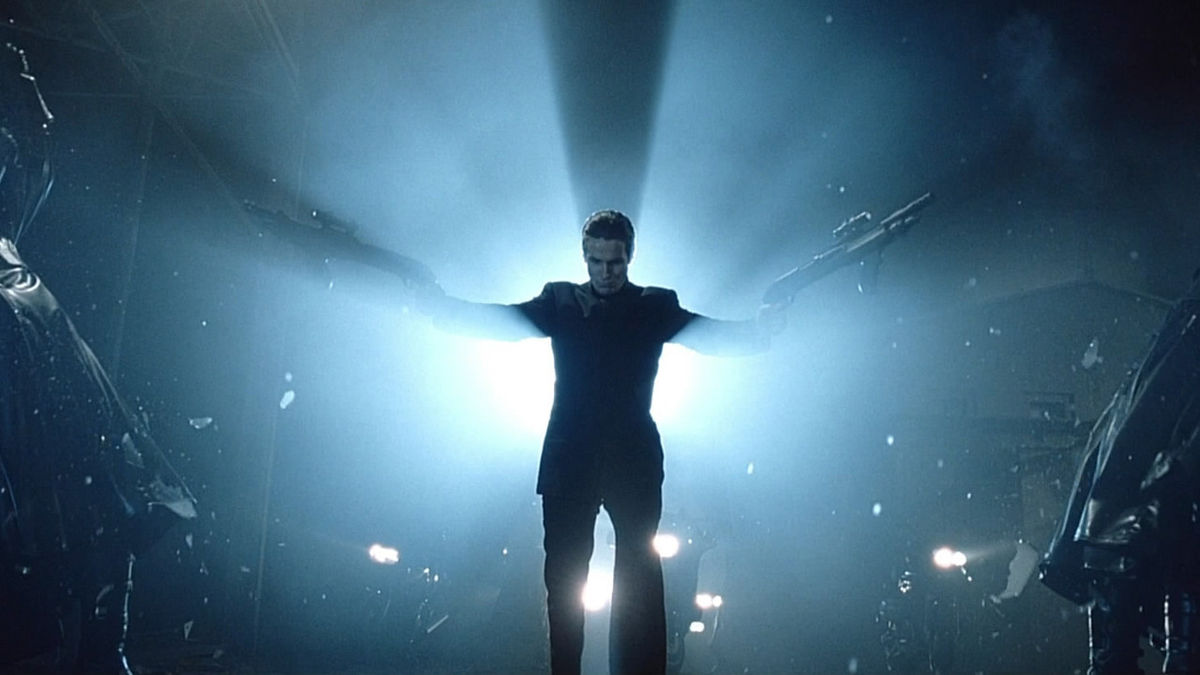 If you were looking for a knock off version of The Matrix starring a better actor but directed by someone with no taste, look no further than Equilibrium, the poor man’s dystopia where everything is stupid.  Had this film not starred Christian Bale, it would either be the most ridiculed movie in history or completely dismissed without a ripple to show it ever existed; it’s his presence, combined with that patented Matrix feel, that got audiences in their seats.  That he’s a better actor than Keanu Reeves isn’t even debatable, but his talent wasn’t enough to propel Equilibrium out of the sewers and into the light, since its story was stolen and its director was pathetic.  No, this movie should have been forgotten or never seen at all, or else mocked until its dying day; it’s bleak-future sci-fi at its very worst, and that’s a long drop.

War has been cancelled.  Crime has been eliminated.  The hate that drove us apart has been removed, thanks to a powerful new regime that preaches calm above all things.  The only price; your feelings about anything.  In fact, feelings are illegal, you are not allowed to sense anything beyond the most basic, physical stimuli.  No love, no art, no tears, no emotion, and so no problems, right?  Yet there are still those who insists on feeling, and on refusing to take their hourly drug dose, an injection that dumbs down all desires, until almost the entire populace is a docile herd.  It’s John Preston’s job to hunt down those who defy the law on feeling, and he’s a highly-trained killing machine, a priest for a modern age where guns have replaced crosses as the symbol of ultimate good.  That is, until he begins to have emotions himself, a turn of events that leads him down the path to personal freedom and public execution.

The Matrix combined with Gattaca and any dystopian book you ever read in a high school English class, Equilibrium is only outdone in its blatant thievery by its crappy, crappy delivery.  It even has a shootout scene among a hall of pillars, with armored troops being riddled with bullets while our hero does his bloody work.  It’s insane the amount that this is an idiotic version of that ground-breaking film, to a point where it’s insulting to anyone who’s ever watched a movie.  The story relies heavily on the emotionless robot society trope we know very well, and then the entire thing jumps the shark with overzealous action sequences and insane death parties.  You can almost forgive it because it seems like it wants to go too far, but then no, you still have to watch it, even if it’s intentional, and the watching is the hardest part.  If it weren’t for Bale, this would be the comic disaster of the century; even with him it was a nightmare of farce attempting to balance itself with fighting.  Diggs, Macfadyan, Sean Bean for a bit, Emily Watson for some reason, William Fichtner who is in everything; what a weird cast, and an even weirder world they were placed in.  Some might call Equilibrium a cult classic, because it’s so grossly ridiculous, but where something like American Psycho worked around the same time going farther than we thought would be comfortable, this film fails to pull off that feat, becoming simply too far gone.