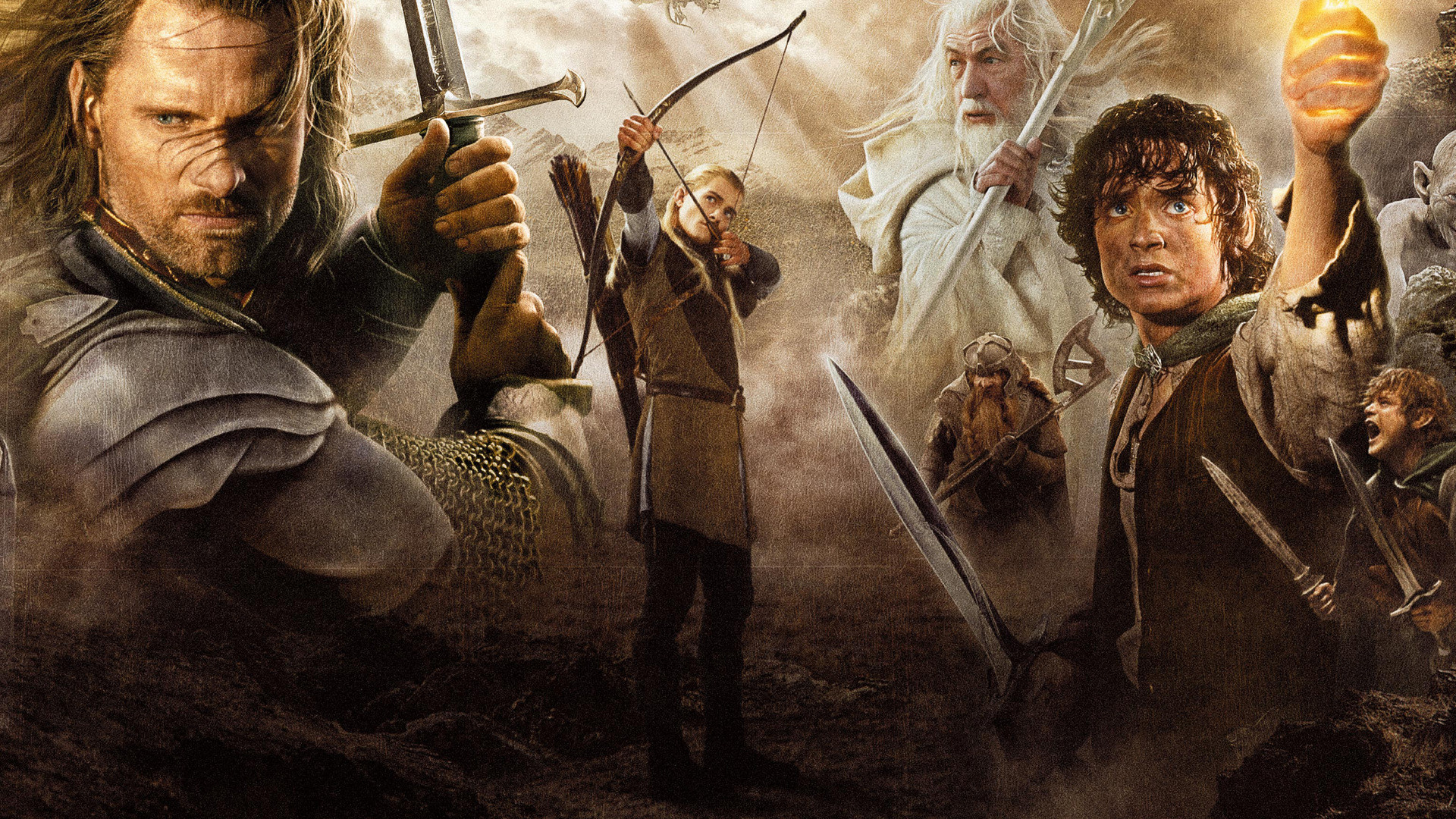 The greatest fantasy series ever written gets the film versions it deserves, and that franchise ends with a bang with one of the greatest movie trilogies in cinematic history.  Well, maybe that’s a bit over-indulgent, and we know that the Hobbit movies would follow and that they’re terrible, so perhaps it wasn’t a storybook ending after all, perhaps there were some flaws in the perfection that was possible.  Still, I’m choosing to look at the positives, and to allow myself to be swept away by three films that are definitely incredible, especially for when they were made and for how well they paid homage to the source material.  The Return of the King is exactly what audiences and fans of the books wanted from a final chapter, a sweeping and satisfying conclusion to something we will continue to be entertained by for years & years to come.

In The Fellowship of the Ring, the company was formed and tasked with a perilous mission, to destroy the Ring of Power.  In The Two Towers, the great war between light and dark trudged closer, with the fellowship splitting on their own dangerous adventures.  Now, in The Return of the King, the end has drawn near, and the stage is set for the fate of the world to be decided.  The nation of Rohan has been saved, but now it must turn to its neighbor Gondor, which is about to come under attack from the main force of Sauron’s army.  Meanwhile, Frodo, Sam, & Gollum attempt to break through the mountains surrounded Mordor, in an effort to cast the Ring into the fires of Mount Doom.  To achieve all ends, Aragorn must finally decide to take on the mantle of King of the West, and gather to him all who might aid the side of good in defeating all that wishes death to everything living thing.

What a satisfying ending; I’m not sure how it could have been handled better.  Time was given to do it right, nothing was rushed, we were handed so many bows on so many story lines, and all feels right with the world when the final credits run.  Sure, some pieces were cut out, like the Shire being taken over, like Faramir & Eowyn, but some of that was simply necessary; there’s only so much time in a day.  All that made the final cut was excellent, the music swelling behind so many key moments that audiences will feel like they’re along for the ride of a lifetime, that they are fighting right beside Aragorn, Legolas, Theoden, and all the rest.  Sam is such an amazing character, he really takes over, and I love that all the hobbits get their due attention, culminating in heroic status for each by the end.  Jackson ended his defining trilogy is wonderful style, the series is an all-around success from beginning to end, with only a few missteps along the way, and those tolerable.  I’m so glad I watched these all again, I enjoyed myself so very much, and I can’t wait to watch them with my children when the time comes.