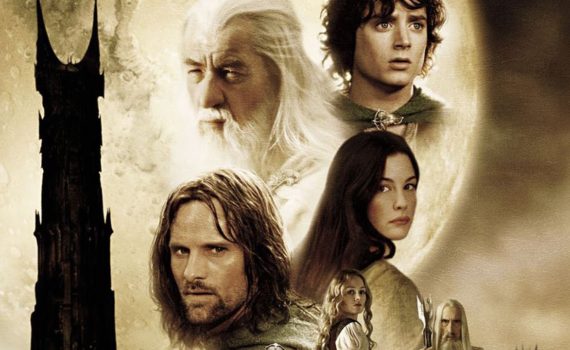 The Two Towers takes a small step back from The Fellowship of the Ring, but that’s to be expected; the middle child is never the golden one.  I mean, the first moved you and taught you what it was to love, the last is the sweetest and you know you better treasure it.  But the second is just stuck in the gap, it’s just filler, it’s taking you from a great beginning to a great ending, and sure you like it too, but you can admit to yourself in the deep hours of the night that it really isn’t your favorite.  What were we talking about again?  Oh right, Lord of the Rings, moving on.  Two Towers is just a little silly, a little weaker, and for very specific reasons that you’d think they could have avoided if they had half a brain, but no.  I guess even Peter Jackson’s magnum opus has its flaws, and maybe it’s even a good thing that they’re all stacked in one place, so we can see them, face them, and move on.

The Fellowship has been broken, and the members of the quest have gone their separate ways.  Frodo, knowing that the Ring would drive him mad and would drive all others to murder, has escaped the party to head to Mordor on his own, although he can’t quite shake the loyal Samwise, who refuses to be left behind.  They will soon be joined by another companion, not a welcome guest exactly, but someone who they might need before it all ends.  Meanwhile, Merry & Pippin have been captured by the enemy, so Aragorn, Legolas, & Gimli leave Frodo to his fate and head out into Rohan after the kidnapped halfling pair.  Rohan is having troubles of its own at the moment; a bewitched king and a broken people.  But they will need to bond together once more if they are to face Saruman, who wishes to eliminate one of Sauron’s foes before the real war has even started.

The story is good once again, there’s no problem there, and the characters are the same; one of the great things this franchise as able to do was to create all at once, to make one giant story, so that there were no breaks, re-castings, changes of tone, what have you.  It’s still Tolkien goodness, and now we get more than one thread at once, so that’s all to the positive.  Saruman’s army, the Ents, Helm’s Deep, Faramir, The White Wizard, the horse lords; there are some really cool additions to the second installment.  But, unfortunately, there are some new problems as well.  The acting takes a turn; more Liv Tyler, random townsfolk, Faramir’s men, some simple dialogue points that don’t work as well.  It’s not shockingly awful, just a little weaker, as are some of the graphics and a few of the key emotional moments.  Overall Two Towers is still a success, but it’s the obvious worst of the trilogy, even if its fall isn’t too terribly far.