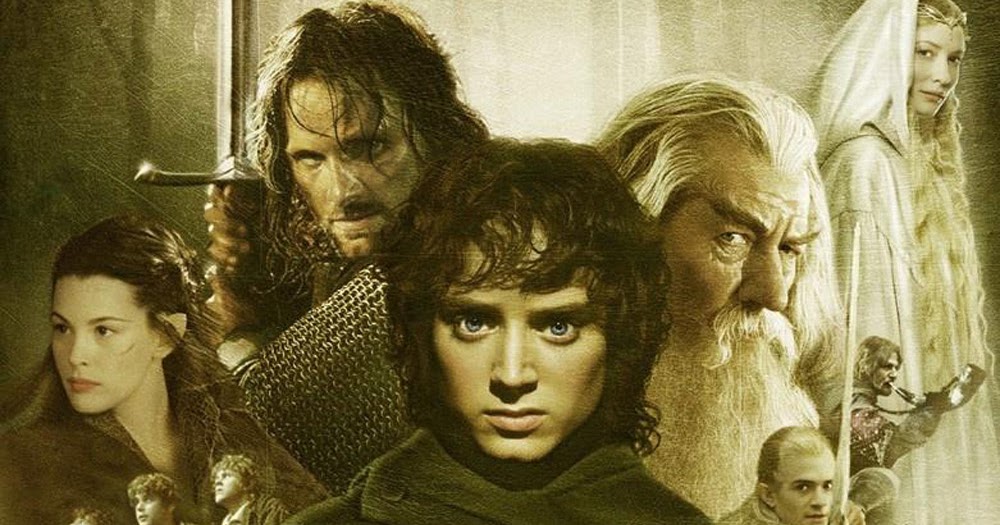 Before I was a fan of the movies, I was an engaged reader of the books, and I know I’m not alone in saying that my nerdom was partially shaped by Tolkien and his stories, that fantasy is part of my personality because of his ability to draw me into his own fantastic world.  I was a bigger fan of The Hobbit than of The Lord of the Rings, but read together as an epic tale the lines begin to blur, and it all becomes one grand adventure that set the stage for so many other author’s adventures yet to come.  When it comes to the film versions, however, I enjoyed the Lord of the Rings movies so much more when they came out than the new Hobbit trilogy when it was released; it’s pretty simple, the first three were well-made and the later three were crap.  Going back to re-watch the original Peter Jackson works about 20 years after their debut, I can attest to their lasting strength; they are still big, fun, loud, & do Tolkien justice.

Bilbo Baggins has returned to his beloved Shire after many adventures with the dwarves a rich and satisfied hobbit.  He accidentally found the Ring, helped in taking down the evil Smaug, tasted the wide world, and comes back a changed fellow, as his more prim relatives will loudly tell you.  But the years pass by, and Bilbo reaches the age of 111, although you couldn’t tell it from looking at him.  He retires from Hobbiton, heads to live with the elves, and leaves all his possessions with his nephew Frodo, including the magical Ring.  Little does Frodo know, although Gandalf soon finds out, that the Ring is really the One Ring, wicked Sauron’s last hope at life, power, and world-domination.  It must be destroyed, or at least taken somewhere safe, and so begins the journey of another unlikely hero, accompanied by his friends Sam, Merry, & Pippin, joined on a dangerous quest by the elf Legolas, the dwarf Gimli, the Gondorian warrior Boromir, the wise Gandalf, and the mysterious Aragorn, as they take the Ring of Power to its doom.

This heroes-traveling-together-on-a-magic-quest tale is unlike any other, even varying from The Hobbit enough in the scope of the adventure to be called the greater fantasy foundation; men, elves, dwarves, hobbits, and wizards all coming together, using their various skills, and moving the party in the direction of their goal.  The Lord of the Rings story arc is actually very similar to that of The Hobbit, but it travels down a wider road, and ultimately spits off in different directions as the characters are separated.  But back to the first movie, before I dive any deeper into Middle Earth.  This film was everything I wanted it to be the first time I saw it, and it remains strong today.  The music, the characters, the setting; much of it is exactly how I imaged it, and I think Jackson deserves so much credit for bringing these books to life in a way that general audiences can be entertained by but also that novel nerds can enjoy too.  He cut out a little from the book (Tom Bombadil), but I think they were necessary cuts, and what was left was enough to love.  Wood is a questionable Frodo, a bit too angsty and weepy for what I would imagine, but the rest of the casting is pretty great: Viggo, Ian, Rudy, Orlando Bloom, Sean Bean, Sallah from Indiana Jones as Gimli.  I hate hate HATE Liv Tyler in this film, but I really can’t complain about much else; the Moria scenes are spectacular, the Shire looks so beautiful, the music is something for cinematic history, and Ian McKellan had the role of a lifetime.  The film was nominated for 13 Academy Awards and it deserved every nod; what a great way to start an epic franchise of this magnitude and this quality.