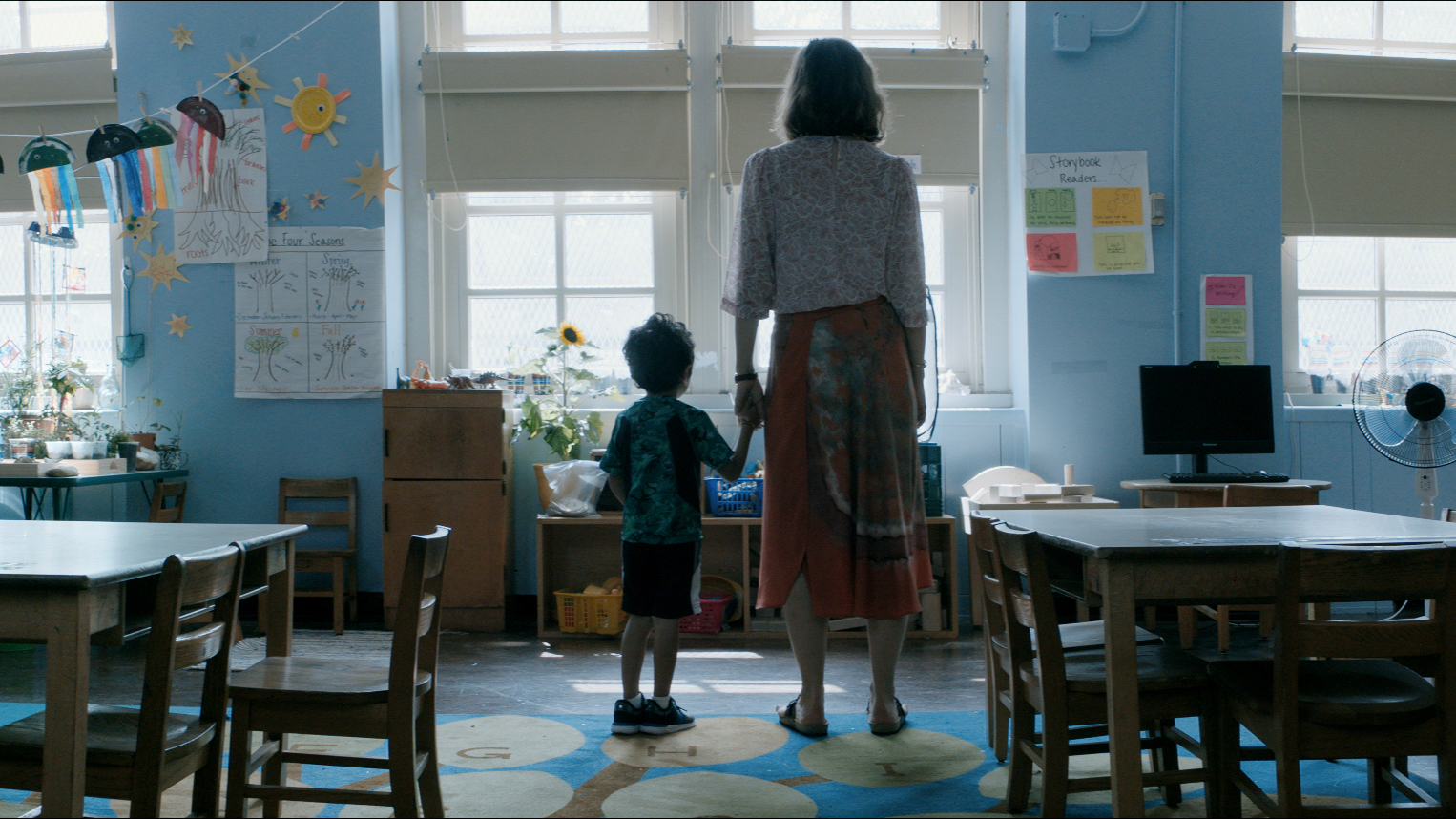 The trailer for The Kindergarten Teacher completely shocked me, and alerted me to the fact that we had a seriously unique and potentially incredible thriller on our hands, which I absolutely did not see coming.  It’s a common theme told from a different point of view, directed by a talented woman, starring the best under-the-radar actress in the business, and if that isn’t enough to get your blood pumping, you should probably stick to The Girl on the Train.  This film funnels intensity through a different channel, allowing audiences to relate to the main character in a way we don’t want to, a woman who is both a protagonist and an antagonist at the same time, and forcing us to think, instead of only react, not relying on knives in dark kitchens to wake us up, but focusing more on the darkness within, which I for one find much more fascinating.

Lisa Spinelli is a kindergarten teacher in New York who also takes continuing education courses in poetry to keep sharp and to hone a new talent.  She loves her classes, but isn’t considered the best poet, her work coming across as done, dead, and disingenuous.  She longs to become better, to be an artist, to be unique, and at the same time she yearns for her own kids to love her with the intensity that they did when they were small, for her family to be close and dependent and brilliant once more.  Which is perhaps why, when she learns of the gift of one special student in her class, she grabs hold of it as if it was her own, attempts to mentor the child as if he was her son.  But Jimmy Roy is just a 5-year-old boy, not a tool or a cure or a god, and he won’t fix what’s wrong in Mrs. Spinelli’s life, nor fill the empty, deepening hole inside her.

Wow, just wow, and I’m not sure what else there is to say.  I’d leave it at that, at “please watch this movie”, but that wouldn’t prepare you much, and I feel that it could be dangerous to go in without any foreknowledge, because the content of this film might not be for every viewer.  First, it is a bit of a thriller, if a very muted one, and there are uncomfortable elements involving adults and children that may not sit well with everyone, especially since the “villain” isn’t portrayed entirely in that way.  Second, sex is a common theme, though never involving children, it simply exists all around, creates a statement with its existence, and intentionally shadows the action.  You’ll see when you watch it, how sex is a constant component but not a central event; how the director does that is one of the brilliant aspects of this movie.  Colangelo followed up the excellent Little Accidents with the superb Kindergarten Teacher, and she cast the perfect lead as well, Gyllenhaal being one of the best actresses of our generation, just without the glitter and recognition.  Colangelo weaved the story well, Gyllenhaal played the part wonderfully, the plot was quick, precise, and to the point, and the genre was shown the way to a better path by a movie that simultaneously fit the style and took it in a new direction.  This Netflix original is being underserved and underseen, and will fail to be remembered come awards season, a fate that it definitely does not deserve.