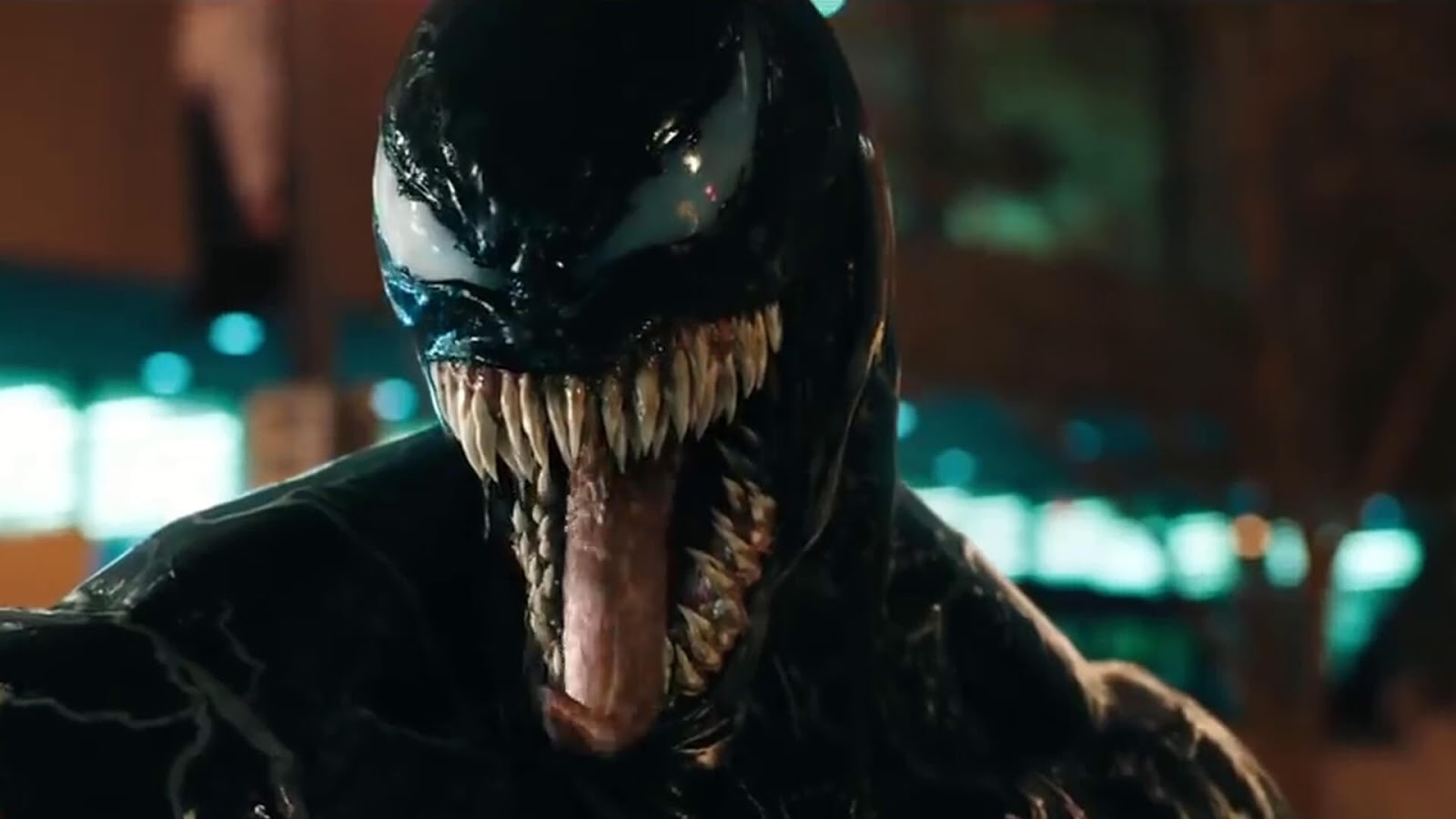 It was hoped that Captain America: Civil War and Mad Max: Fury Road had each shone a spotlight on the correct path for those which would come after to follow, for comic book movies and action films to learn from the mistakes of the past, see how it could be done differently, and to make the necessary changes to stop being so crappy.  Civil War was an amazing superhero movie, the best Marvel had created, and Fury Road was a perfect adventure film, giving fans everything they desperately desired without having to fake a moment.  You’d think it’d be rather simple to choose to follow what newly worked instead of what always hasn’t, but Venom decided on a different track, and that’s why it sucks so hard.  No excuses anymore, filmmakers; audiences now know what’s possible, how it can easily be done better, and we are through watching shit that refuses to change.

Eddie Brock may have been run out of New York for pushing the boundaries of journalism too far, but he’s found a home in San Francisco and he refuses to back down to corporate bullies and corrupt businessmen.  He runs a show that investigates the greedy and evil, giving the public access to dirty secrets, pulling down the titans of industry who mean us all a great deal of harm.  But he makes a mistake when he goes up against Carlton Drake, a man who cures cancer like it’s nothing but might be using his residual technology to become, basically, a bad guy.  Brock loses his job, his fiance, and almost his life, when one of Drake’s experiments goes very wrong.  A symbiote from outer space attaches itself to Eddie, the two becoming one very powerful being that may want to take over the the Earth, may want to kill Carlton, or may just want to get the girl; it’s a very confusing time for this creature that calls itself Venom. Venom sticks to the old recipe, and that, fortunately or unfortunately, is its only major flaw.  The rest of its smaller missteps are based on its greater failing, that no one cared enough to elevate the story the way others around it have done, to put in the effort to do a better job than is required to make money.  That might be the saddest part; this film will still turn a profit, but it will be forgotten in a few short years, deservedly, because it refused to be better.  The plot was silly enough, but that’s the comic, the filmmakers didn’t need to double down on the insanity and jump every shark possible, that just wasn’t called for, and the fact that they did it anyway is completely unacceptable.  The opening was rubbish, the action sequences were done at hyperspeed with a superzoom, and each character is one-note to a vomitous point.  It’s not that each individual delivered something awful, it’s that they were never given the chance to rise above the drivel of the plot, mood, and delivery, because no one ever asked them for more than a phone-in.

Tom Hardy was Mad Max; I can’t believe he’ll look back on Venom and be able to compare these characters with a straight face.  Hardy was fine, I liked Brock, I was even entertained by his conversations with the symbiote, but the ceiling was hanging just above his head the entire time, there was never a way for him to reach around it and to grab at something higher.  Same goes for Riz Ahmed, who is one of my favorite actors currently, he brings it each and every time, but his role here was boxed in with nowhere to go, there was never a chance for him to be something more special than a typical villain on a typical path.  I can’t say the same for Michelle Williams though; she’s much more talented than this opportunity but she failed to be anything but vapid and detestable, which is on her, even if her part was written horrible, which is on the filmmakers.  The CGI was only good in spurts, the alien was only cool occasionally, the action only worked once or twice, and the rest was a clinic in what not to do anymore, what we don’t want to spend our money on any longer, now that we know where to find better.