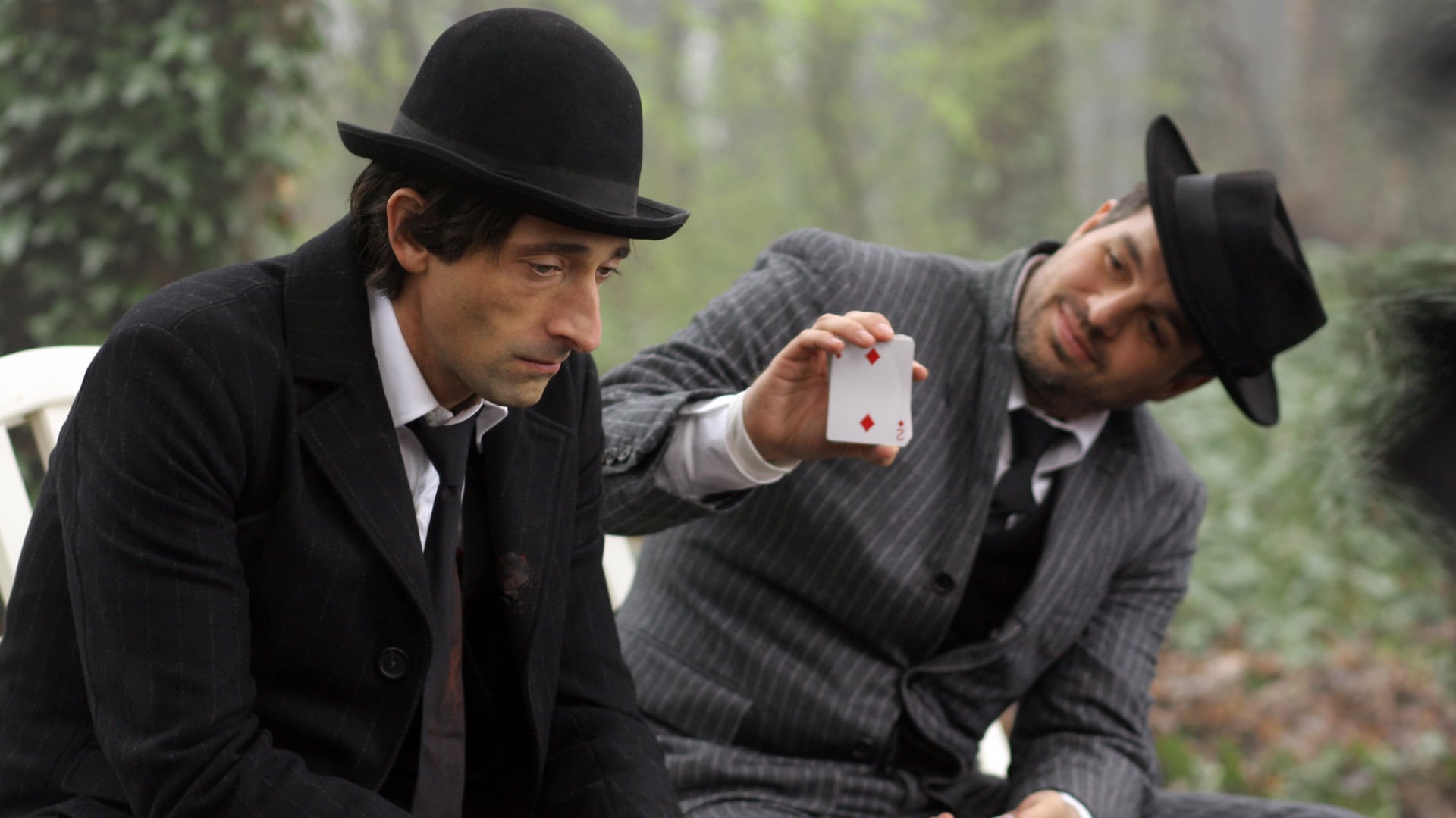 In hind sight, we should have seen a twist ending coming in The Last Jedi, given Rian Johnson’s penchant for mystery and for tricks.  Brick, The Brothers Bloom, Looper; those are his only movies, up to The Last Jedi, and they all involve clues, cons, complications, etc.  How that guy got the Star Wars gig I’ll never know; I thought that The Force Awakens was well done, that Abrams should have stayed on, and he is doing Episode IX, so who knows what’s happening.  Anyway, here’s one of Johnson’s earlier works before he became a household name, but the cast sure will ring a bell.  The Brothers Bloom is a lot of fun that could have been a whole lot better had the ending lived up to the beginning, had the movie held on to its unique mood for one more act, long enough to leave us completely happy.

Tossed around between foster homes their entire lives, brothers Stephen and Bloom developed a few unique personality traits, including Stephen’s love of crafting the perfect con and casting Bloom as each one’s antihero.  Bloom goes along with the charades, even though he hates doing it; he doesn’t belong anywhere else but with Stephen.  Now grown, and having developed into world-renowned con artists, Stephen feels on top of his game, while Bloom is tired of it all.  Still, he’s convinced to do one more job; tricking the millionaire Penelope Stamp out of her money.  She’s a lonely, sheltered, awkward woman living alone in a mansion, and this is her chance to experience something for a change, even if she is getting swindled.  For Bloom, it’s a chance to find real love, and maybe even a real purpose.

The first hour and a half of the movie is great; the end is a letdown.  That’s the way it is with too many stories/books/films, and I known audiences have to give them a break sometimes if we want to enjoy what we paid for, but it’s also the artists’ job to take us completely through their tale, not leave us hanging right when we’ve completely invested ourselves and just want the bow to be put on the package.  So be prepared for a less-than-stellar and not very well-directed ending, but other than that The Brothers Bloom is a barrel of fun.  Its comedy is very original, its content is filled with whimsical idiosyncrasies, and it hit me just right, though I can completely understand if it misses the mark with many audiences.  It’s a little bizarre, but hilarious if you connect to it, and I really enjoyed myself most of the way through.  Brody, Weisz, Ruffalo; you couldn’t ask for more, and the con storyline was enjoyable; again, until toward the end when the movie seemed like it should have ended but kept weaving around anyway.  Solid job by Rian, if not a perfect one, and a movie that deserves a little more than to fly where it does pretty far under the radar.