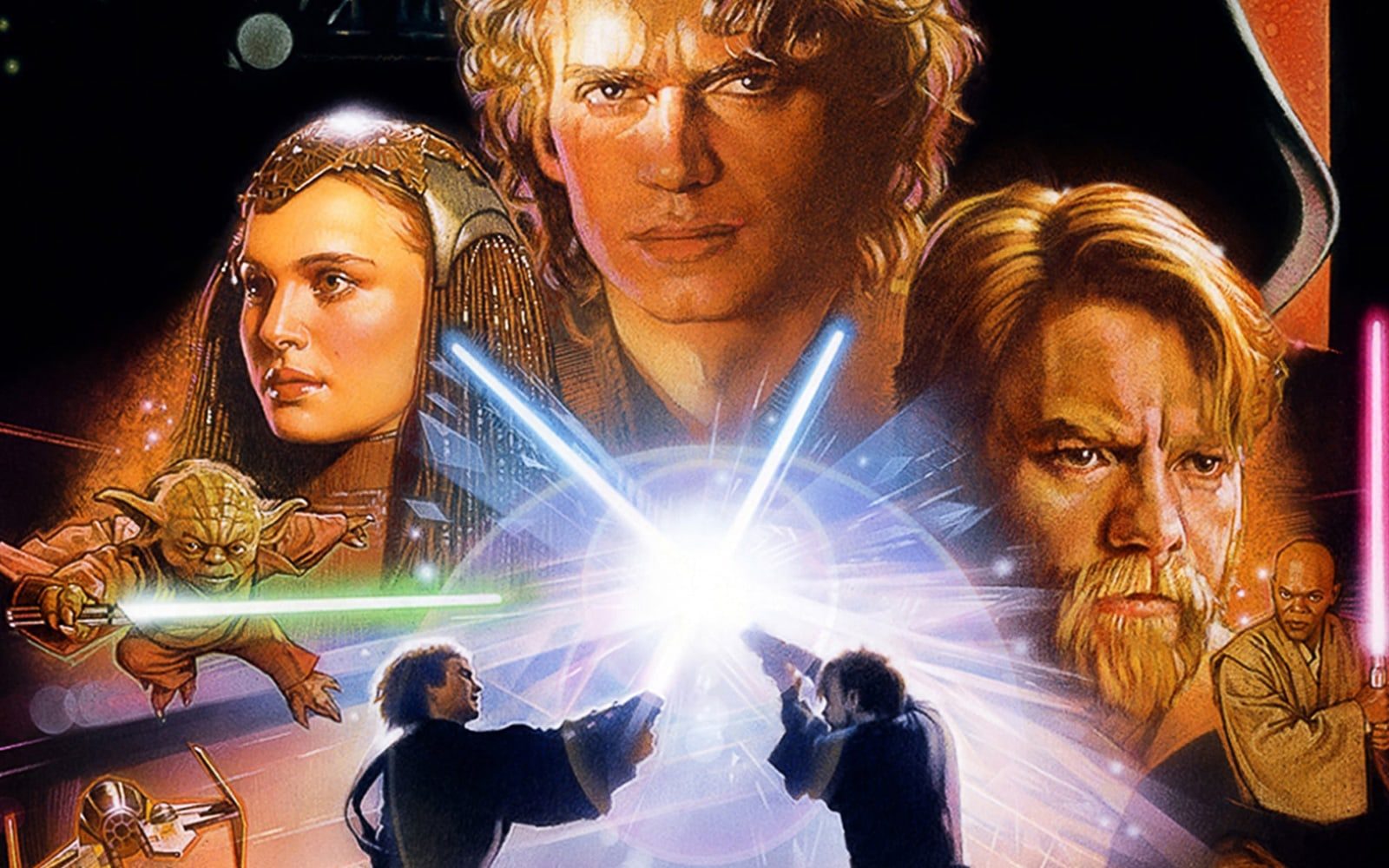 Finally a prequel seems to understand Star Wars, and to, more importantly, understand how to entertain an audience.  AND, maybe most importantly, how to work around bad acting, because there’s no denying the failure of both actors who played Anakin, but there’s also no doubt that Revenge of the Sith is the best prequel film, hands down, blowing Phantom Menace and Attack of the Clones out of the water.  This is mostly due to the reins being taken away from Christensen, the story centered on action and history instead, which is, after all, why we’re watching, so you wonder why it took Lucas so long to figure out what it was he should have been delivering to us.

Anakin is the chosen one, the Jedi and the Senate are weak, evil pulls the strings of events around the galaxy, and nothing will ever be the same again.  After the Trade Federation was brought down, after the Seperatists coalesced into a solid group, there’s not much left to do but fight for the future of the Republic, and that’s exactly what the Clone Troopers were bred for.  But as war rages against Dooku and Grievous, the Sith gather power behind the backs of the Jedi, and current events might be just to their liking.  When an ally is revealed to be on the dark side, Anakin will have to decide between the peace of the Jedi and the power of the Sith.

This time around, Lucas got it right, mostly by relying on legend and action, and finally admitting that focusing on the acting was a …poor choice.  Anakin and Padme still have scenes together, and they are the worst scenes, but they are full of doubt and fear and horror, which lends itself well to the story, so it works just fine, as long as you don’t pay attention to their lack of talent too closely.  The rest of the story is helmed by Ewan McGregor, Ian McDiarmid, Samuel L. Jackson, Yoda, Bale, the cool characters, and so that works to the film’s benefit.  The fighting is non-stop, the deaths comes in droves, there are heart-breaking sequences, and finally, once again, we feel like we’re watching Star Wars, which is all we ever really wanted.