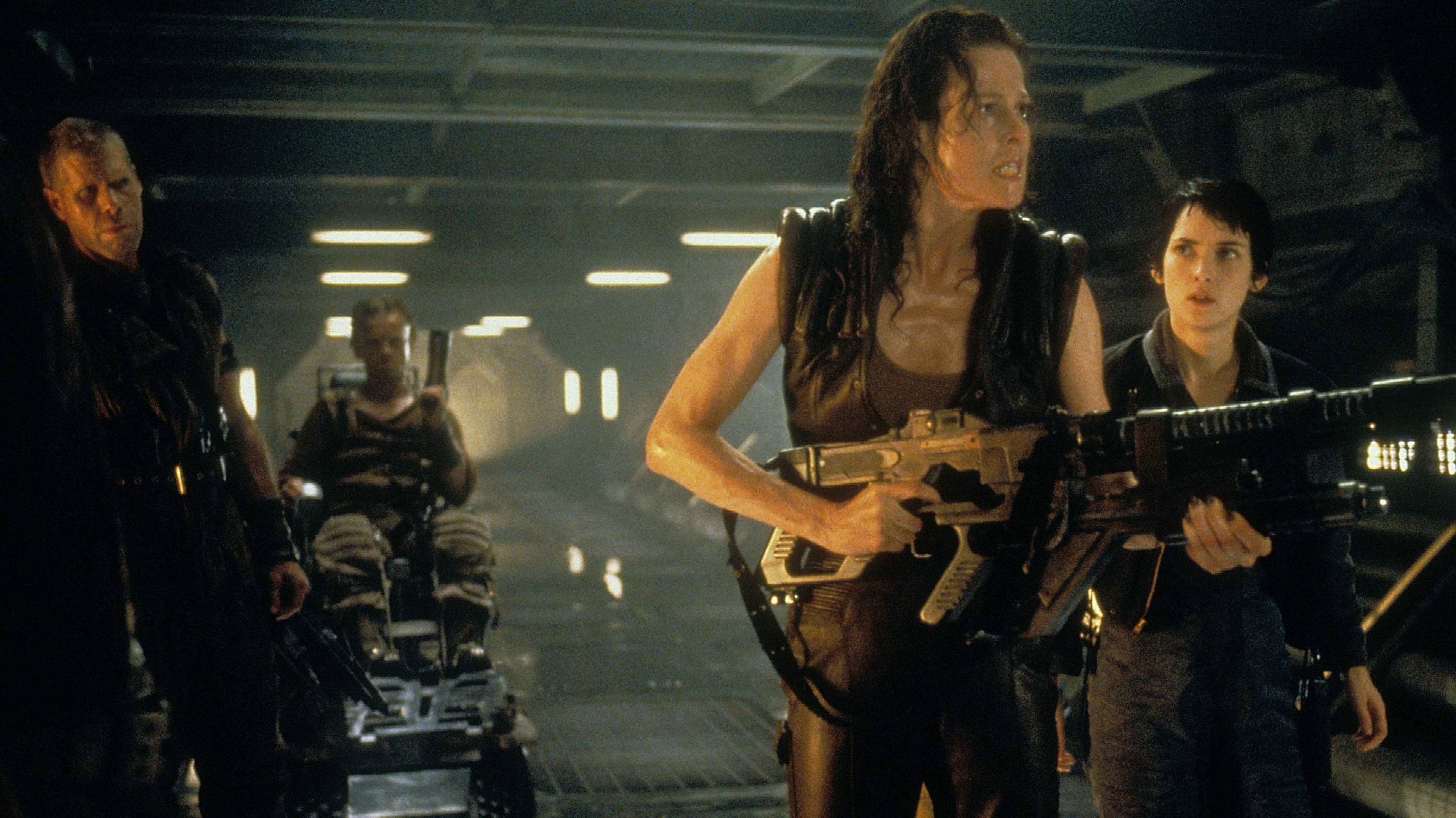 Alien Resurrection is more Jason X than Aliens, a grab at the fading glory of a franchise and a complete miss.  Actually, it’s exactly like Jason X; awful & unnecessary.  Alien 3 was pointless enough, not great like its buddies, and then they decided to make another?  Not a good idea.  And then there the Alien/Predator movies, which we won’t even go into; I’m not sure those are considered canon.  Suffice it to say, there should not have been a 4th installment, or at least Resurrection should not have been it.  Not even Alien Covenant is this bad; at least that movie was just kinda poorly made, not devoid or coolness and only palatable as a joke.

200 years after Ripley’s death, Ripley is reborn.  A group of military scientists have grown her in a space laboratory, combining her makeup with that of a xenomorph, thus allowing one to grow inside her so that they can study it at leisure.  They would simply discard the new Ripley as trash after extraction, but she seems to have unpredicted skills and strengths, which they want to study as well.  Meanwhile, a starship arrives at the facility with a shipment of bodies, that are then implanted with aliens as well.  The plan is obviously a bad one, blows up in the faces of all involved, and the creatures take over the station.  Ripley will now lead the survivors to safety, as she ponders her own existence and her own connection to the animals that have always been her destiny.

Well, watching this was an experience.  It’s Alien, sure, but it’s also Lockout, a running-around-a-space-station-with-bad-actors extravaganza that is definitely not worth your time.  The creatures are cool, that’s about all there is; there’s really nothing else to grab onto.  Weaver & Ryder are god-awful, which should be a surprise to no one, and everyone else sucked royally as well.  The whole movie is a chase, a gross out, a dumb storyline; there’s no reason for audiences to jump in, not even xenomorph lore is enough.  The cast in interesting, but don’t be fooled; this isn’t the franchise you’ve watched and want more of, it’s a throwaway money grab that’s not even good sci-fi fun.