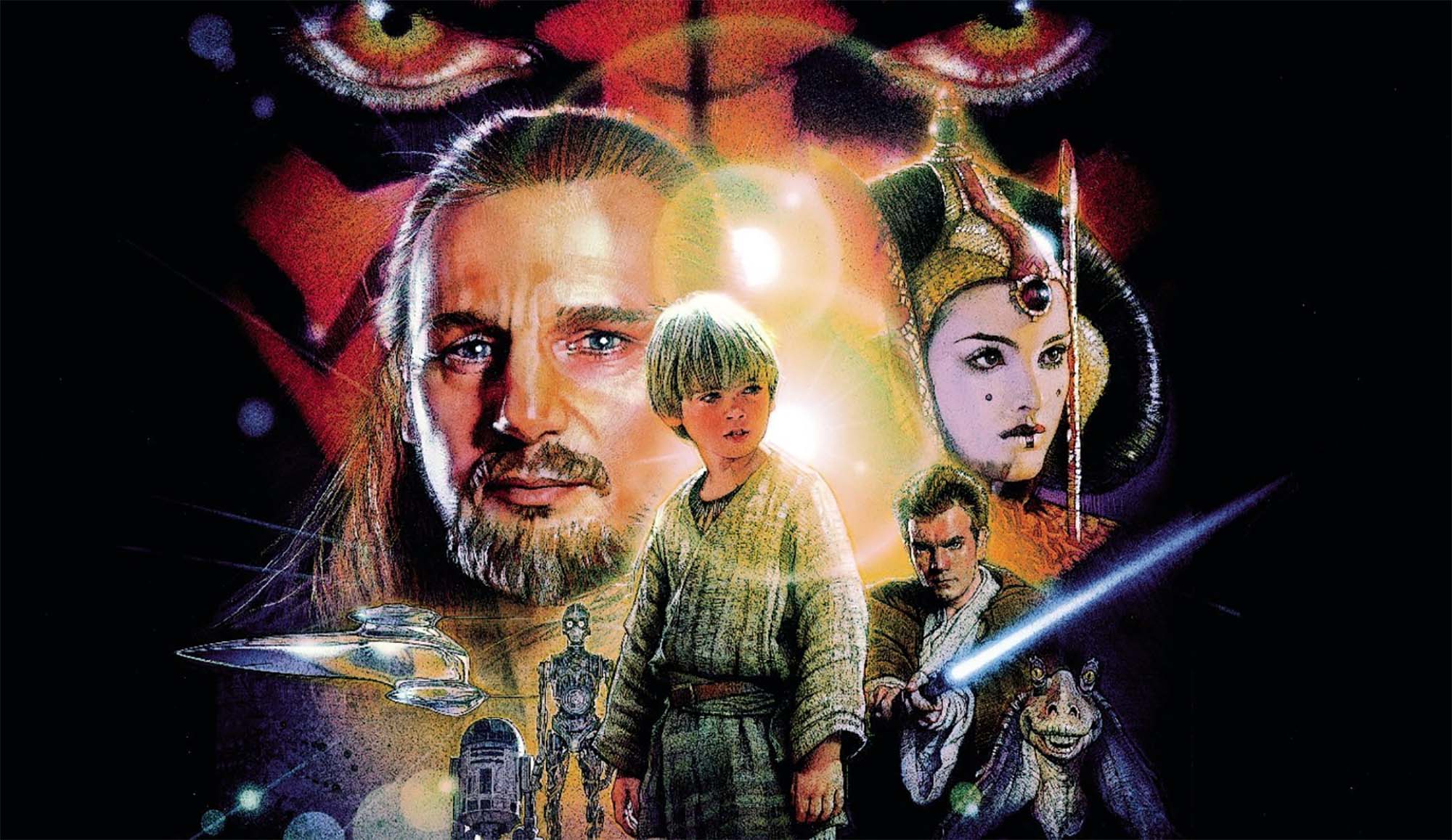 When I first watched Phantom Menace in the theatre, I wasn’t expecting much and didn’t get much; the prequel trilogy was never going to be up to the standard of the original, even accounting for our craving for anything Star Wars.  But it was fine, it was fun, it was sci-fi for kids so that they would grow up to enjoy the genre as adults, and I support that completely.  Now that my kids are old enough, and have seen the original three, it was time to revisit the backstories, and I really wasn’t all that worried; even though I know they aren’t great I figured I’d watch through my kids’ eyes and that would make it alright.  Well, that didn’t work out.  Phantom Menace is abysmal, much worse than I remembered, with only the strength & support of a giant franchise keeping it from collapsing in utter failure.

The Galactic Republic is a weak state, with delegates from so many planets, outer rim worlds with little government, problem upon problem upon problem, and bureaucracy rearing its ugly head around every corner.  The ancient Jedi Council tries to help when it can, as is the case currently, when a disagreement over trade turns into a threat of war.  The Trade Federation blockades the entire planet of Naboo, and Jedi Qui-Gon Jinn and Obi-Wan Kenobi go to mediate the dispute, only to find out that there is something wicked behind the dramatic events.  They are pulled into a plot that has yet to be revealed, and along the way make friends with the Queen of Naboo, and then also with a slave boy on the planet Tatooine, a gifted child named Anakin Skywalker.  The fates of so many align to change the path of the galaxy, with young Anakin and his incredible talent at the very center of what will become history in the making.

So, originally I had given this movie 5/10; I liked it OK, it had problems, but hey it was Star Wars, and wow is Duel of the Fates an incredible piece.  That music behind the lightsaber battle at the end was awesome, and there were other scenes that worked as well; podracing is cool, Coruscant is cool, even underwater events with the Gungans were cool, and that accounts for Jar Jar, who is annoying but fun.  But my rating is still going to drop, even though I never expected much from this movie, watched it with kids this time, and recognize some good parts.  Basically, this is one of the most poorly acted films you are ever going to see, epic or small, historic or indie; there’s no excusing the lack of acting execution here.  Neeson and McGregor were passable, though their dialogue was wholly stupid, but Portman and Lloyd were so bad they should simply have been banned from ever being in another movie again.  Now, Portman we know has talent, and the story with Lloyd is extremely sad, but there performances in Phantom Menace, along with the performances of everyone in the periphery, were so incredible terrible that it has to be remarked upon, and it nearly destroyed what fragile credibility this film had.  I am scared to watch Episode II again because I fear it will only get worse, but I hope the excellent story behind the terrible characterizations can be enough to help me through the bad times.