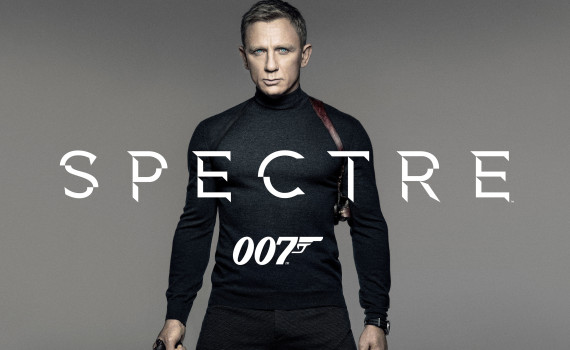 The evolution of the Daniel Craig James Bond has been darkly compelling since its inception, drawing audience back into a world that we seemed ready to let slip away after four goofy Pierce Brosnan portrayals nearly tanked the franchise.  Now Craig has four of his own Bond films under his belt, completely changing the tenor and cementing himself as the deepest James to date.  Casino Royale shocked audiences with its blonde hero, its gruesome nature, and its lack of standard quips, but we loved it for those exact reasons.  Unfortunately, Quantum of Solace was a complete letdown, muddling everything, confusing everyone, and failing to keep the momentum going.  But then came Skyfall to save the day, perhaps the best Bond movie to ever be made, despite each of our personal favorites that we’ll never stop loving no matter what.  And I wish that I could report that Spectre was as good, or at least on par, but, sadly, it was only slightly better than Quantum, a messy movie that forgot the qualities that made Craig a wonderful flawed hero and reverted back to a style we had gladly put to bed.

James Bond, as per usual, has gone rogue again, pursuing a mission that’s more personal than professional, carrying out the wishes of a dead woman so that both her spirit and his conscience can rest.  M warned James of a man and the organization he represents, commanding him to kill the target, attend his funeral, and discover the secrets of a global evil called Spectre.  One assassin is only the tip of the iceberg, as James knows from personal occupational experience, and so he begins to peel away the layers of deceit until he uncovers the man behind the mayhem; Oberhauser, a villain long thought dead, the puppet master of an organization that wants to control the world.  James will have to confront his past, work mostly without government aid, and solve the mysteries of Spectre before they gain control over, well, everything. Let’s start with the positives, and they are mainly Daniel Craig’s demeanor.  He’s still a wonderful Bond, despite aging and perhaps becoming a bit more stoic than the troubled young agent we were first introduced to in Casino Royale.  He still has a presence that demands respect, and can still play the sexy spy, even without letting us see his soul as he did to perfection in Skyfall.  This film felt like a bit of a farewell tour for Craig, in what could realistically be his last Bond film, opening the door for new blood.  In that vein, there were some loose ends tied up, some doors closed, and a cathartic ending that should allow Craig to ride off into the sunset.  He’s been a wonderfully fresh & unique Bond, and if every step along the way hasn’t been perfect, at least he offered something challenging, while still allowing the character we love to shine.

And now the bad.  First, the theme song is awful.  I guess Adele was a tough act to follow, but this Sam Smith theme is everything I would have wished it wouldn’t be: cheesy, popish, affected, and out of place.  Perhaps the fact that the screening I attended played the music video right before the feature destroyed my ability to enjoy the song, and I did appreciate the musical score of the film as a whole.  That man singing that song though; no thanks.  And that wasn’t the only problem. Monica Bellucci, Dave Bautista, Andrew Scott; terrible, terrible acting, distractingly so, really taking away from what was otherwise a highly-talented group.  Bad jokes and silly action sequences made the majority of the plot feel a bit ridiculous, like a weak attempt at a Mission:Impossible movie, after M:I5 did so well so recently.  Basically, instead of following the blueprint set down by Skyfall, Spectre chose more convention and less innovation.  It came across as an attempt to mirror both the older Bond films and modern action successes; something that might not be achievable. I am going to see it this weekend probably but I wish it was more like skyfall. I LOVED skyfall!

So did I. Don’t listen to the criticism too much though, try to enjoy it for was it is, and you should leave entertained.