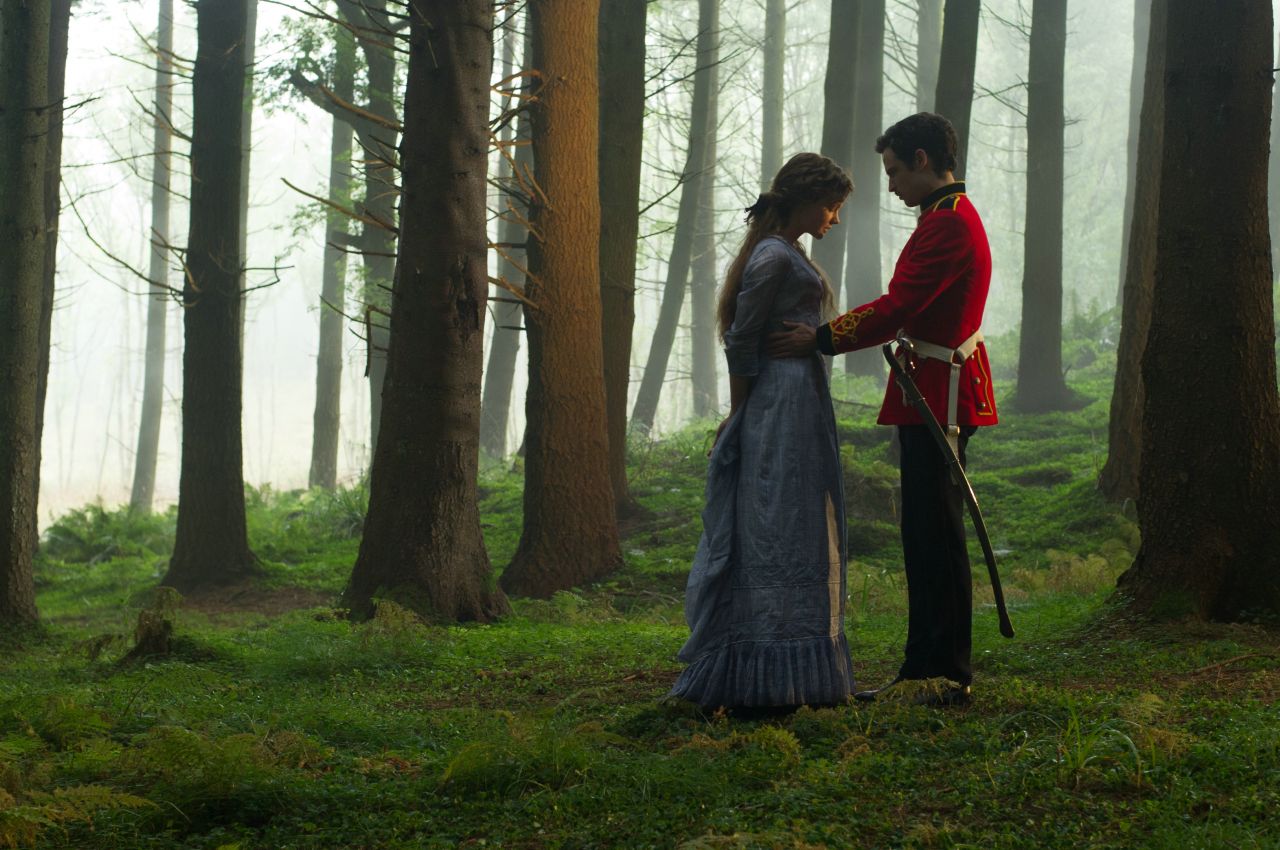 After seeing the trailer and sitting down to watch this film, I was prepared to enjoy Carey Mulligan as an actress more than Victorian-age melodrama as a genre.  It’s a time period that has become well-represented in American & British cinema, an era of romance & intrigue, at least fictionalized if not realized.  And for that, audiences are always willing to give these sweeping love stories a chance, even if we’ve seen them done before.  In modern times, it’s been Keira Knightley’s milieu to dominate, though recently Mia Wasikowska has stepped in, and now Mulligan as well.  But while we know what to expect from the style, it’s up to the lead actress to win us over while portraying a classic character.  Unfortunately, Mulligan fails to impress in Far from the Madding Crowd, producing a solid period piece, but nothing that stands out among the rest.

Based on Thomas Hardy’s classic novel, his second most widely known work behind Tess of the D’Urbervilles, Madding Crowd is a story of a woman in a man’s world and the choices that define lives.  We are presented with a love square rather than a triangle, four players in a maddening game of who wants who, leading to a climax that none of them saw coming.  Bathsheba Everdene comes into an inheritance, a farm left to her by her uncle.  While attempting to manage the land as a single female in a time where that was unheard of, she will be pursued by three men, all with strong resumes to be her husband.  Gabriel Oak is a strong-willed shepherd, a hard worker, and a reliable companion.  William Boldwood is a local landowner, a wealthy bachelor, and a perfect match.  And lastly, Frank Troy, a dashing & handsome Sergeant, a man who gets what he wants.  Bathsheba will have to choose her suitor, and thus, her future.

As far as the period piece element that we’ve all come to expect, this film delivers what it promises.  Based on a classic work, with all the secret romance & proprietary trappings of the time, layered in color, using appropriate costumes & sets to their full advantage, crafting a love story that weaves in many characters; it’s what you’re looking for if this is a genre you love.  But there are many miscues holding Madding Crowd back from greatness.  Mulligan isn’t a strong lead, failing to make Ms. Everdene the stubborn, care-free rebel that the novel calls for.  She feels more like fluff in the wind, going wherever someone else carries her, and never establishes that solid persona that could have grounded the film.  Having not read the book I can’t speak to how well her Bathsheba compares to the novel’s, but she doesn’t come across as very likeable, which is a problem for audiences when it comes to the main character, whether or not that’s how the part was written.  The men in her life were all well-played, but they couldn’t save the day, especially with the film carrying more of an episodic feel than I had expected, breaking into segments with bad blackouts, chopping all the action up into unsavory pieces.  By the end, I was left having enjoyed what I saw visually, but not what I experienced cinematically.