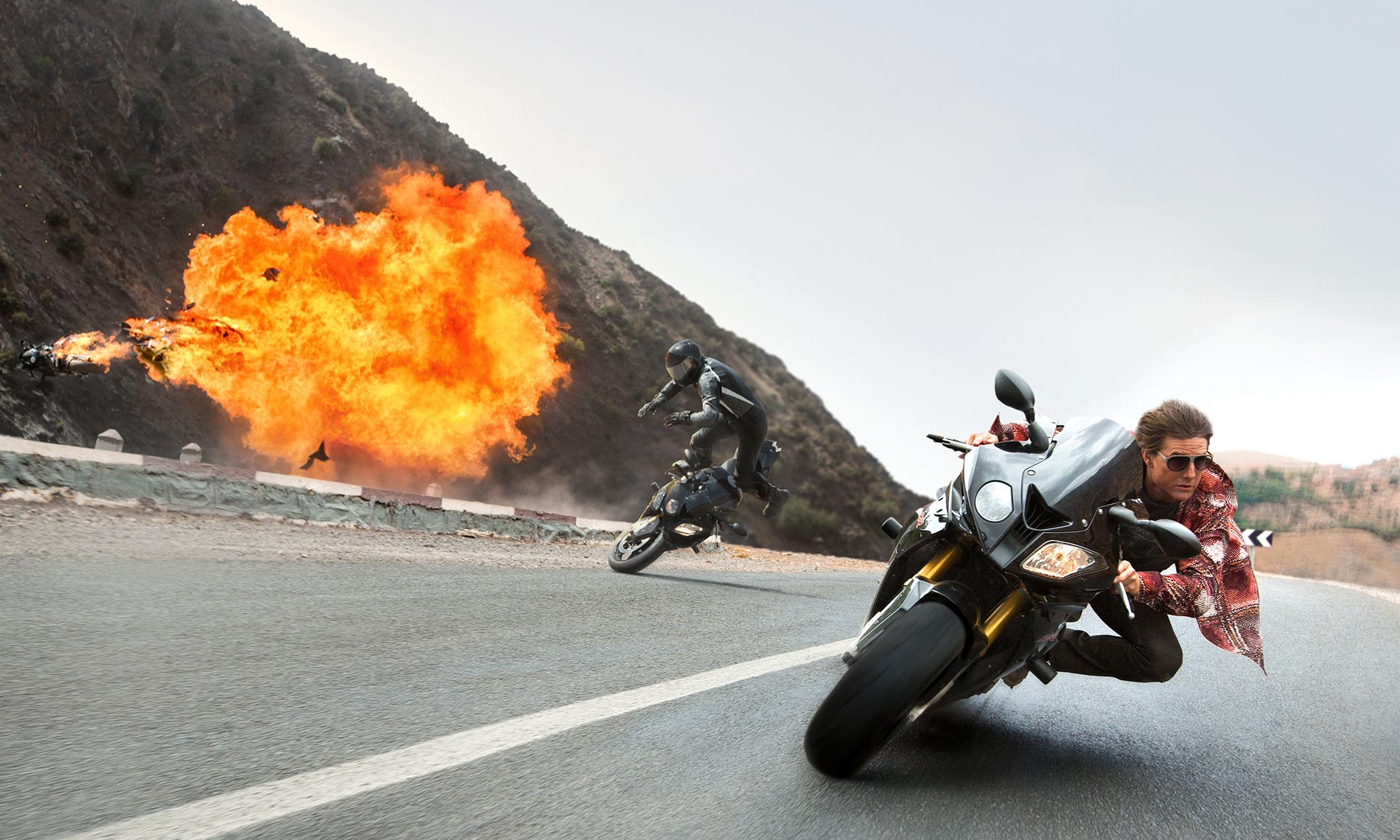 M:I5 is the fourth film written by Christopher McQuarrie and starring Tom Cruise, the first three being Valkyrie, Jack Reacher, and Edge of Tomorrow.  McQuarrie also wrote The Way of the Gun, The Tourist, and Jack the Giant Slayer, films many will forgive him for since the last feature on his resume is The Usual Suspects.  But as a director, the man is barely more than an amateur, as this is only his third film since he started directing 15 years ago.  Not a bad idea then to team up with an actor you’ve worked with many times before and a franchise that already has four installments under its belt.  What’s surprising is how well the pairing worked, how smoothly the movie played out, and how it became the best Mission: Impossible yet without even seeming to break a sweat.

Ethan Hunt continues his fruitless search for the Syndicate, a global criminal organization whose mission is to destroy the balance of society and to ultimately bring about its collapse.  But this time, he’s on his own.  The CIA 1) doesn’t believe that the Syndicate exists and 2) refuses to fund the Impossible Mission Force any longer.  So with such evil finally preparing to make its first major strike, the only group that can stop it has just been disbanded.  Well, not completely.  Hunt is still at large, refusing to give up his mission, and his friends will not abandon him: Benji his right-hand man, Luther his technician, Brandt his ear to the ground.  Together they must outsmart the Syndicate’s leader Solomon Lane and save the world from his madness. As someone who watched both the 60s TV show as reruns and the 80s TV show live, I was raised to love Mission: Impossible.  The theme song, the large cast of quirky characters, the disguises, the action, good always triumphing over evil; it’s a storyline that is crafted for audiences to enjoy from start to finish without having to put too much effort in.  The plots are always a little contrived, the triumphs perhaps a bit too easy, and the gunshots always missing the heroes while striking the minions perfectly, but that’s all part of plan, part of an idea that’s based on a slightly cheesy premise.  The movies took this concept and modernized it, making Hunt the main character, elevating the action, complicating the missions, but sticking to the always entertaining point.

What makes M:I5 the best so far is the maturity of almost ever piece involved.  Tom Cruise may no longer be a spring chicken, but he’s perfected his craft to the point where he knows what we want to see out of an imperfect hero.  Simon Pegg was able to provide some comedic relief without making his scenes feel silly or forced.  And newcomer Rebecca Ferguson was at one time sexy, approachable, tough, and vulnerable, an all-around great damsel/heroine mix.  I didn’t love either Ving Rhames or Jeremy Renner; both their characters were shallow and not well-executed.  But what tipped the scales for me was the action.  I wouldn’t call myself an action junkie, but even I could appreciate the high-quality of every chase scene, every fist fight, and the intensity of each dangerous moment.  The opera scene was one I especially loved, as I had the chance to see Turandot years ago, and the way in which that famous song was used both in that action sequence and woven throughout the soundtrack of the film was pure genius.  That describes the film as whole actually; genius combined with a proven moneymaker and served scalding hot.