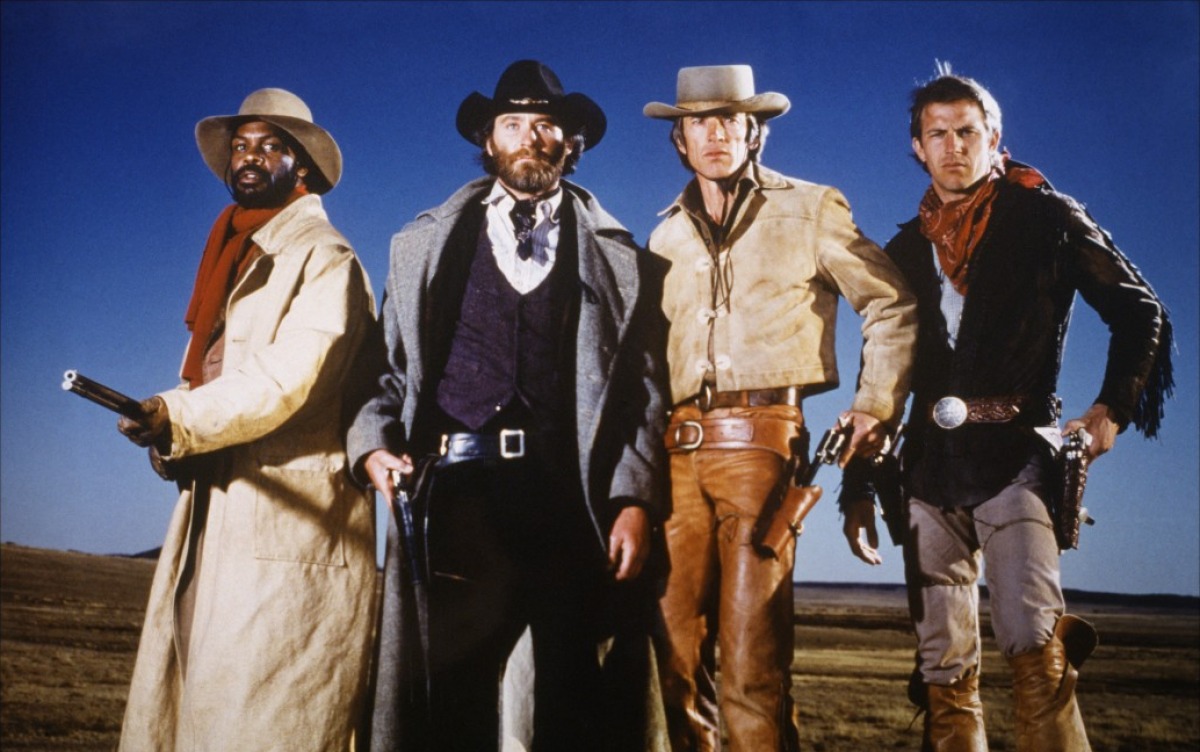 Lawrence Kasdan is a much better writer than he is a director; his writing credits so impressive that it borders on mind-blowing.  Empire Strikes Back, Raiders of the Lost Ark, Body Heat, Return of the Jedi, The Big Chill, Silverado, The Bodyguard, Wyatt Earp, The Force Awakens, Solo: A Star Wars Story; who knew he had so much influence in the Star Wars universe.  And who knew he had such a thing for Kevin Costner, a mistake as big as you can make one, from a talent perspective, but I guess he knew which horse to ride, because Costner is a legitimate megastar, despite his inability to act.  Kasdan’s only real directing success was Big Chill; the guy’s true calling is in screenwriting, there’s no doubt about it.  But here is his attempt at writing/directing a Western, and the results are mixed, for while Silverado pays homage to the greats of the past, it also tries to be every single great from the past, a feat it simply couldn’t accomplish.

Our merry band of cowboy heroes come from different backgrounds and with different skeletons in their closets, but their passion for justice outweighs their past mistakes.  Paden used to run with a rough crowd, led by the villain named Cobb, but since being robbed in the desert he sees things differently, and wants to walk down the straight and narrow.  Emmett once killed an important man, and he has been hounded ever since.  His brother Jake just wants to have fun, wants to kiss the girls with no consequences.  And hard-working Mal can’t avoid trouble because of the darkness of his skin, always being asked to move along, not knowing where he’ll settle down.  Together, they will travel to the town of Silverado, where all their demons will converge.

There are basically nine different stories going on simultaneously in this movie, which isn’t a good thing.  It’s nice to see a director love Westerns so much, nod to so many in so little a time frame, bring a ton of classic elements to play all in one picture.  But that’s also a major problem.  Every character had an enemy, a backstory, a side story, a leading lady, a choice to make, a battle to fight, until you never knew where to look for the action next.  I still don’t know exactly what happened with whose daddy and who was killed by what gun 20 years ago; it’s the definition of a messy script.  The saving grace is passion for the genre, but even that can get a little old if the content isn’t any good.  Glover & Costner were surprisingly strong in their roles, but the other leads kinds sucked, and the rest of the cast is just names thrown at a wall; John Cleese, Rosanna Arquette, Brian Dennehy, Jeff Goldblum, Linda Hunt, Richard Jenkins.  Impressive, but pointless, which also sums up the film.