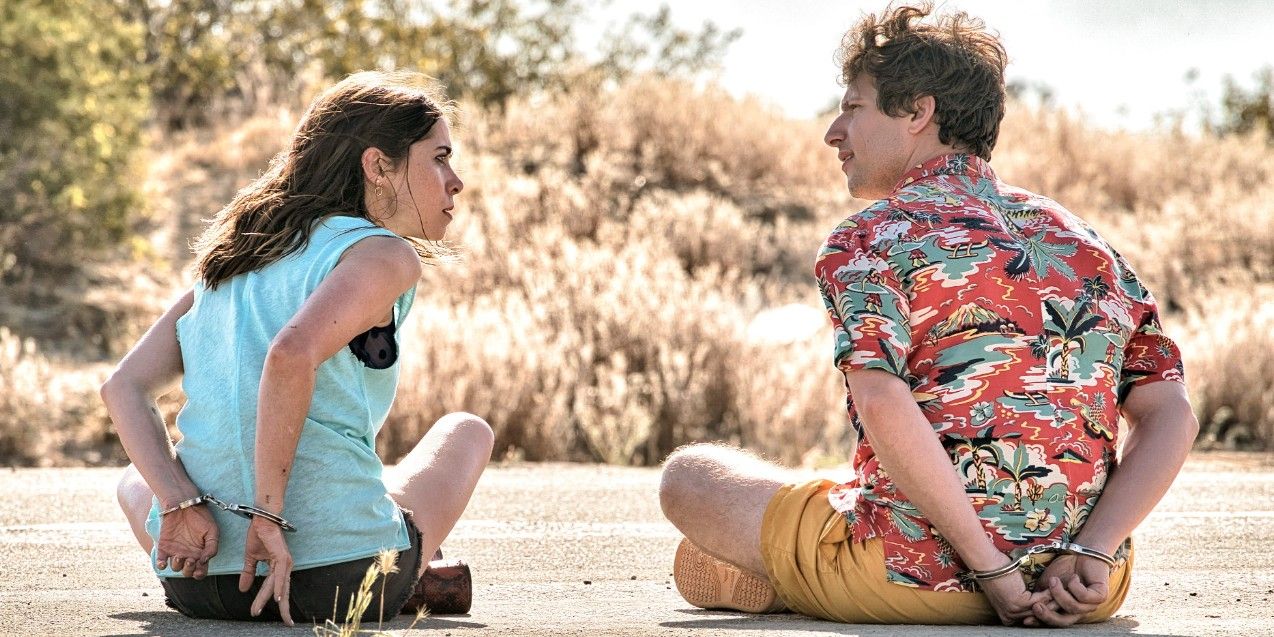 Palm Springs is a combination of Happy Death Day and This Is the End, a comedic sci-fi loop track that may look to focus on sex, drugs, and rock&roll, but ultimately has much more to tell us about ourselves than we might imagine.  The metaphors are a bit clunky, what else would you expect from Mr. “Hot Rod” Kimble himself; this isn’t Daniel Day-Lewis, this is SNL-level talent and intellect.  But for a first-time director working with c-level comedians, the result was pretty fantastic, a complete surprise and then some.  Palm Springs is one of the better movies you’ll see this year, keeping in mind how much it borrows from others and how relatively few films it’s competing with; still, it works, and that’s what matters.

Nyles is at a California wedding with his girlfriend Misty; it’s her group, not his, he’s just along for the free booze.  Actually, he hates weddings, doesn’t really like Misty, and probably shouldn’t have come, but hey, make the best of it, have a beer or five.  But here’s the worst part; Nyles is stuck at this wedding for all eternity, looped into some sort of time warp he doesn’t understand, doomed to repeat the same day every day until all days feel the same.  One time out of countless, the bride’s sister Sarah gets stuck in the loop as well, meaning that she & Nyles will now be spending eternity together, which sounds awful at first, becomes sorta fun, and then gets complicated, as love in the time of chrono-cluster is no picnic.

Pam Springs is the best rom-com I’ve seen since Sleeping With Other People, which was a film that earned so much respect from me for the way it handled a stupid genre, how it made that style relevant, interesting, actually sexy, and somehow good.  Palm Springs nearly does the same, if standing on the backs of too many others to really get full credit for a job still greatly done.  It’s funny, it’s pretty touching, it’s simply enjoyable, and the little pieces that work add up to a solid full feature that performs much better than I could possibly have expected.  I put off watching this movie, I didn’t want to watch Andy Samberg get drunk, I thought it would be bad; boy was I wrong.  Samberg was great, Milioti was complex, and, randomly, Meredith Hagner as Misty stole the show with her perfect performance of a girl we all feel like we know personally.  The film had a good pace, touched on a lot, saved room for a ton of jokes, and still got a bit of a message out; not many can say the same and yet tried way harder than this wacky entertainment piece.  The pleasant surprise of the season, Palm Springs is both delightful and audacious, which apparently is a cool combination.