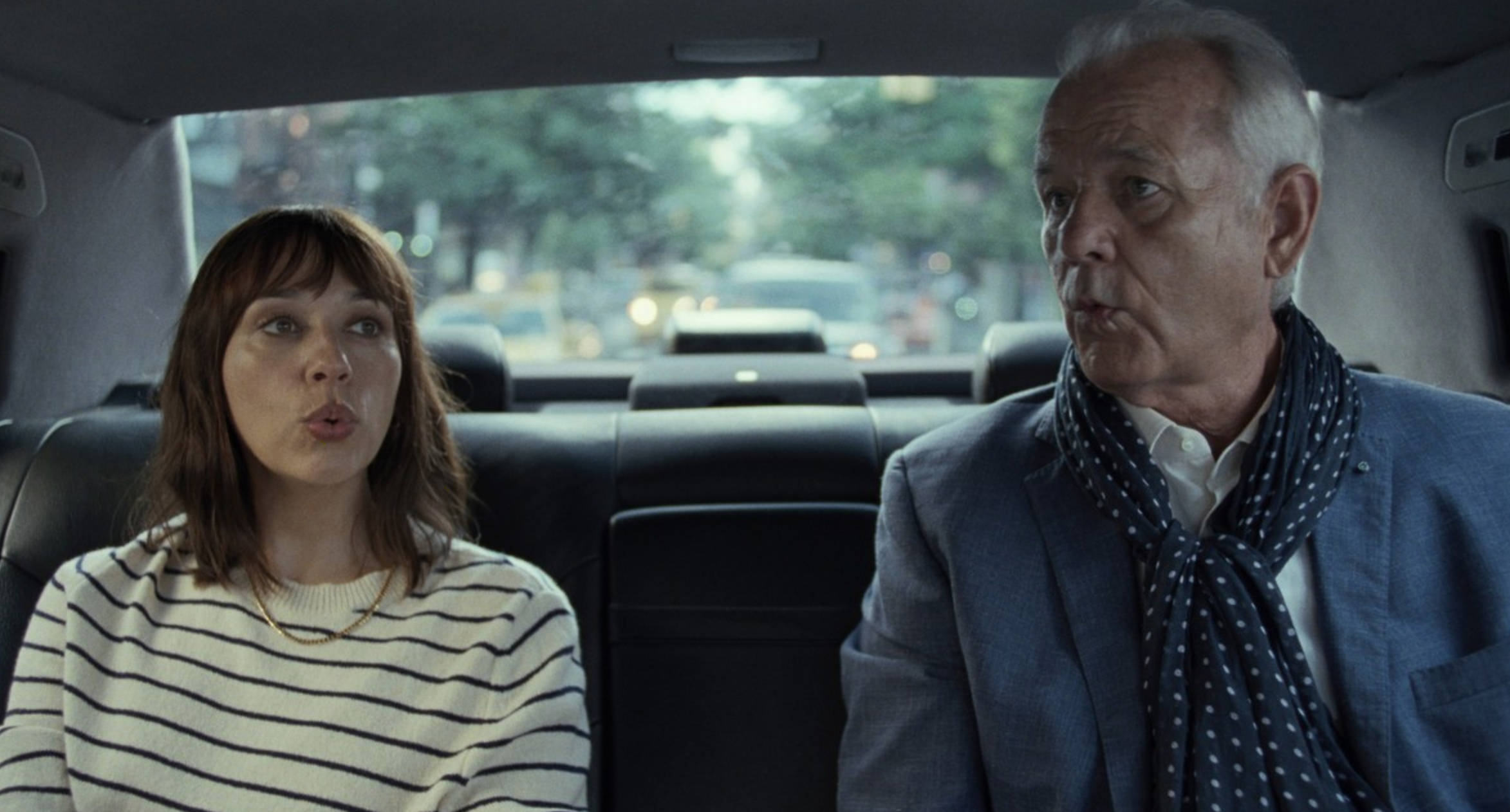 If the husband and wife in this film were played by literally anyone else other than Rashida Jones and Marlon Wayans, On the Rocks would have my vote for Best Picture.  Well, don’t hold me to that, but that’s how good the other pieces of the movie are, and by other pieces I mean Bill Murray.  The plot, the execution, and the fun, all perpetrated and pulled off by Murray, the comic wonder, were so spectacular, that there’s no way the rest fails to fall in line behind, unless the husband and wife characters are played by actual saboteurs, whose apparent hidden job was to put on the worst acting clinic in cinematic existence.  That’s my weird way of saying that Jones & Wayans suck, and they sucked al the life out of On the Rocks as a result.

Laura thinks her husband Dean might be cheating on her, either that or he’s just completely lost interest.  Well, or else he’s just really super busy with a extremely fast-growing company; it’s confusing because something is off, it’s just hard to tell what it is.  No matter what, changes need to come, and Laura turns to her dad Felix for advice, which may not be the smartest idea.  He’s a playboy, very wealthy, very flippant, only looking for fun, although he loves his daughter and his granddaughters very much.  Felix thinks, just to be safe, that he & Laura should start spying on Dean, which ultimately leads them to Mexico and into a ton of trouble.  They may not be the brightest espionage artists, but they know how to have a good time, and they love each other, which is exactly what Laura has in her marriage, if she only knew how to see it.

Why is it, in movies about married couples or people with kids, that the adults never seem to know what the hell they’re doing.  Hollywood writers must think that, even though you’ve successfully had a family for 12 years, you still go around bumping into things and shouting “We’re late, it’s time to go, where’s my shoe, who forgot to fold the laundry, don’t burn the dinner, the grandparents are coming over, don’t put that in your mouth, my hair is in a messy bun, please someone fix us!!”  It pisses me off and I don’t even know why, it’s just dumb; please stop writing that into screenplays, it’s weird.  Anyway, that’s not why this movie isn’t really any good, although it is true that Coppola isn’t a talented writer.  No, the big failures come because Jones and Wayans are AWFUL, and once seen that can’t be unseen.  Rashida seems like the nicest person in the world, but she’s not good actress, and so can’t lead a film, it’s that simply.  Murray is and so he can and almost does in On the Rocks; he quickly becomes the only reason to watch.  And what a reason; he comes this close to saving the entire thing.  As it is, he’s a shining star in the middle of mud and could win awards; the film itself, not so much.