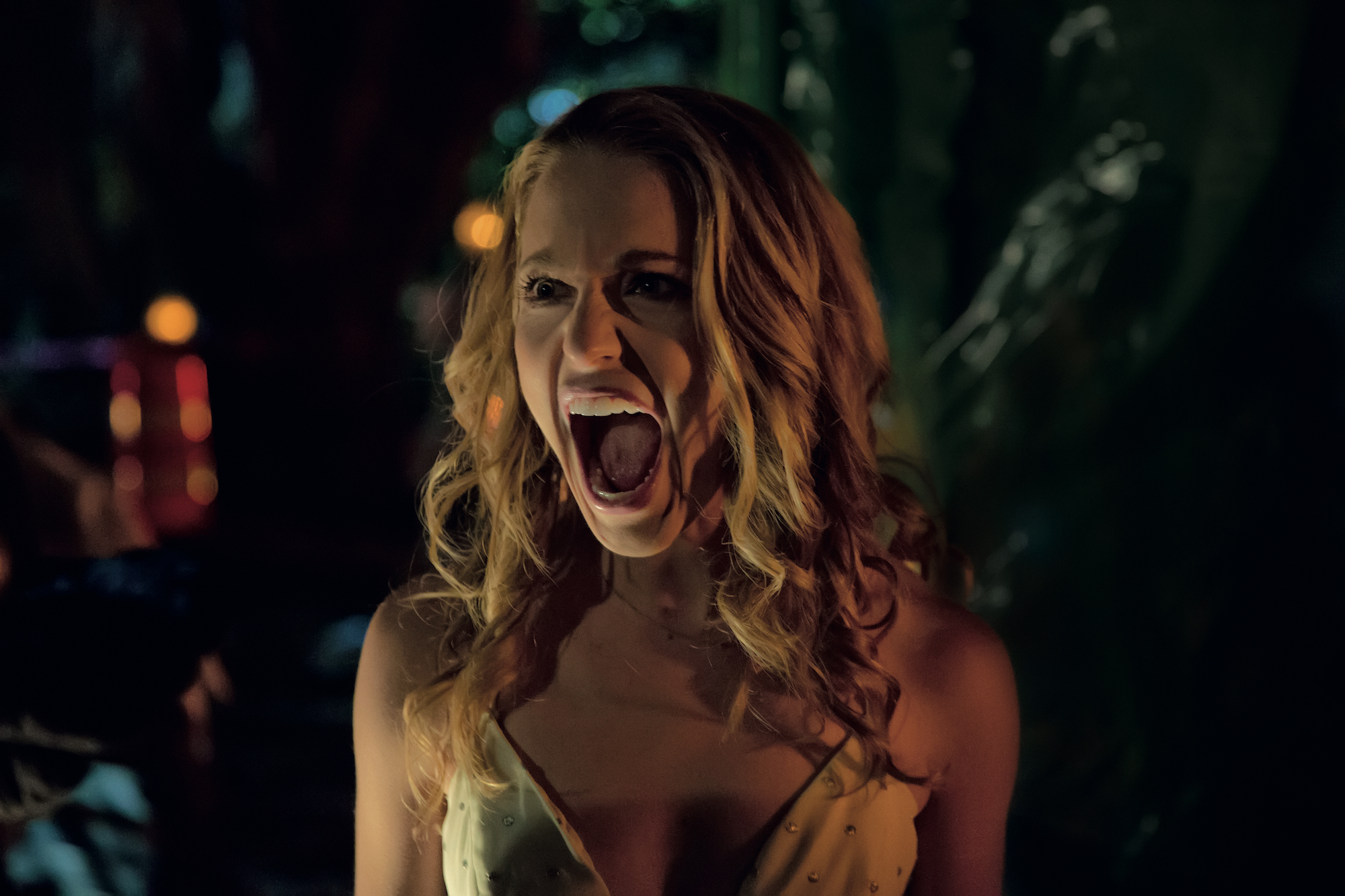 Each year there’s a surprisingly excellent horror flick that catches critics’ eyes, that keeps hope that the genre can be more than ghosts jumping out of closets alive.  This year, the title will probably be claimed by It Comes at Night or Get Out, the former being pure, unrelenting, psychological terror, the latter being part comedy, part social critique, with enough style embedded throughout to deserve the ‘horror’ label.  Happy Death Day won’t rival either of these films in quality, but it does resemble Get Out in a few, commendable ways, and that should be noted.  It’s smart, funny, just a touch gruesome, and all-around enjoyable; not a bad way to spend a few bucks at the theatre, and a reminder that not every slasher has to be a b-movie.

Tree, apart from having an odd nickname, has a fairly typical, rich girl life.  She’s in a sorority at her college, she skates by in class because she sleeps with the teacher, she gets drunk at big parties, she makes out with the guys her friends like, she hooks up with completely separate dudes, she doesn’t eat carbs, she isn’t very nice, and, really, there aren’t too many redeeming qualities to come up with.  On her birthday, she wakes up in the bed of a guy she went home with, has a wicked hangover, is late for class, almost gets caught by her professor’s wife, and still gets primped to go to a party that evening.  But here’s the rub; she gets killed on the way.  Instead of dying though, she begins the day all over again, knowing that at the end of it she’ll just be murdered.  Tree has to solve the case of her own death before it’s too late, because apparently you can only die so many times before the bloodbath is real one last time. Happy Death Day would be surprisingly good for the genre if we hadn’t seen it coming a mile away.  The trailer was just so cool, you could kinda tell that the movie would be better than the idea would sound if said aloud.  “It’s like Groundhog Day but with a serial killer” doesn’t sound too wonderful, but hey, it worked with Edge of Tomorrow and sci-fi, and it worked here as well.  Other films have even tried the solve-my-own-murder plot line, but most don’t work this well, this is a one-in-a-hundred sort of film.  It succeeds because it’s simple, at least in set up, and it’s fresh, as far as the comedy and characters go.  There’s an undefinable quality in the story that’s really easy to like, an ease to the filmmaking that’s hard not to enjoy.

Whoever cast the film either got lucky or knew exactly what the were doing, because the stars and their supporters were almost entirely spot on, and were able to sell the product of the movie when other actors would have been turned away at the door.  Jessica Rothe was great, a beautiful badass who sheds layers as the timeline progresses, who can be catty and caring from one scene to the next.  Israel Broussard was strong as well, the lovable college kid who doesn’t fit into the cliques but has a heart of gold.  Rachel Matthews was my favorite side actor, she was perfect, which is weird because she’s literally never appeared in anything else.  Ruby Modine was the only actor I didn’t like, the movie is short enough to fly by, I laughed more than once, and I even approved of the ending; for what will never be considered an amazing feat of cinema, Happy Death Day has everything it takes to entertain audiences for 90 minutes, which is not something every film can claim.