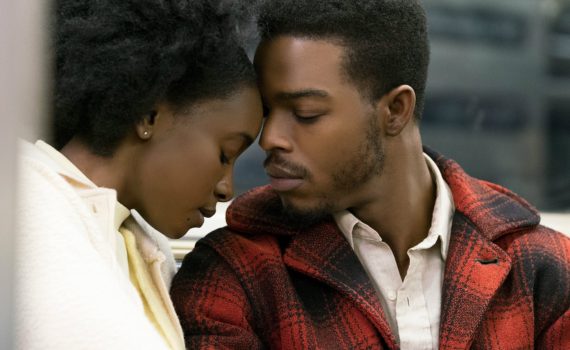 My critics group, the Columbus Film Critics Association, already voted on our best of the year, and Beale Street won Best Picture.  I’m constantly proud of my organization for keeping an open mind toward impactful film, because we very often seem to choose not simply those movies of high quality, but those of high importance as well, and that makes me proud to be a part of this group.  Beale Street is definitely one of the most beautiful portraits of life during a monstrously terrible time, and it covers not only that event but a greater, global darkness at the same time, which is a feat not many directors can achieve.  It may not go down as my favorite film of the year, but it will remain solidly in my Top 20, simply due to its beauty, its art, its impact, its importance, and the story it isn’t afraid to tell.

Based on the book by James Baldwin (I Am Not Your Negro) and written for the screen by Barry Jenkins (Moonlight), this is the story of Black America, be it in New Orleans or New York City, the 1970s or the 2010s.  Tish & Fonny are going to have a baby, and the fact that the child was conceived out of wedlock isn’t the largest of their concerns.  Fonny is in jail for a crime he didn’t commit, which is an all too common story, not just in Harlem, but around the country, as black men continue to struggle in a white man’s world.  Tish will do everything she can to get her soul out of prison, the whole family will, but there’s little they can do but accept the inevitable truth that no one cares.  We see this young couple falling in love, building a future together, and watching it all fall apart at the whim of those in control and those who too readily close their eyes.

Barry Jenkins strikes gold again, showing us struggles from the inside, where we don’t be able to ignore them.  He takes James Baldwin’s words and brings them to life on screen, creating a moving poem that will capture you with its lovely ease and its painful realism.  We’re lucky to have this film this year, it’s a powerful piece of our collective, embarrassing history, and we need to face it.  He makes us see, but also allows us to feel joyful for the viewing, giving us hope as well as heartache.  Tied together with a score that’s one of the very best of the year, Beale Street will stun you if you let it.  Layne plays her part fairly simply, James brings a little more depth, but King steals the show, and she stands a legitimate shot at taking home some awards (including, again, one already from the CoFCA).  The pacing does have a tendency to creep toward foggy, sometimes lovely poetry can lull you to sleep like that, but as long as you stay alert and attentive there is so much to appreciate here, and so much to learn.