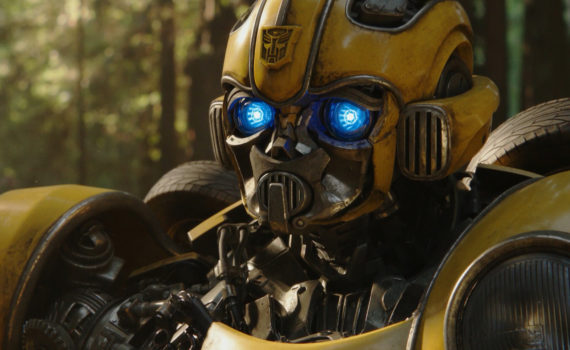 I’ll always be thankful to Travis Knight and Laika for giving us Kubo and the Two Strings; it was one of the better movies of 2016 and another stunning animated film from one of my favorite studios.  But that’s where the problem with Bumblebee arises as well; Knight is an animator, a hell of a good lead animator, but Kubo was his first attempt at directing, and Bumblebee was his first attempt at directing humans.  That’s not something you learn over night, and an eye for talent isn’t something you necessarily learn at all, I think you might have to be born with it.  Knight brings a good eye for action and sequencing to this movie, but he doesn’t cast it well other than its star, and that’s a major issue whenever the pace settles down or another actor enters the room.  Cool effects and characters can only take you so far; talent has to push your vehicle the rest of the way, and there simply wasn’t enough of that here.

We know the story of how Bumblebee the Autobot met Sam Witwicky and helped Optimus Prime save the world, but Bee’s story goes back further, back to the 80s when he was forced to flee his home world of Cybertron to keep the rebellion alive against the evil Decepticon army.  Bee was damaged, alone, went into hiding, but was accidentally discovered by a special teenage girl named Charlie, a young woman who felt Bee’s loneliness only too keenly and so sparked a friendship with this old, beat-up car/creature who could neither talk nor remember.  But that didn’t stop Charlie and Bee from becoming fast friends, and working together to save not only Cybertron, but Earth as well.  The Decepticons came looking for Bee in order to find the location of the rest of the Autobots, hidden somewhere in the galaxy but planning to use the human world as a rallying point. Our heroic duo will have to face evil robot scouts, stave off the U.S. government, and stick together through it all, no matter how grave the danger. Bumblebee has been called the obvious best Transformers film, the one we’ve been waiting for, but while I do think it’s head and shoulders better than the awful servings we’ve been handed by the franchise for years, I have to disagree and point to the one that started it all.  The original 2007 Transformers is a good movie, not a great movie, but a good movie, and I’d say, if I had to hold the two up next to each other, that the first its slightly better than the most recent.  There’s no doubt that this latest attempt is much more successful than most in the series, but we forget that Shia was once the greatest thing since sliced bread, and that his relationship with a cool robot named Bumblebee wowed us, complete with tunes and true friendship.  That the story has basically been redone doesn’t bother me at all; it’s different enough, it’s new enough, it’s cool enough, but we need to stop pretending that we’ve never seen a quality Transformers movie; it’s just been a while.

I liked most of what was done in the film, even if a ton of it was borrowed, because you can never have too much lovable machine meets angsty teen, that plot just draws us in, even knowing that we’ve seen it all before.  The two troubled individuals, how they form to become something more, the team that triumphs, the lessons learned along the way; it might be sappy, but I don’t mind it, and I doubt most audiences do either, we’re fine with a bit of fluff if it comes from the right place.  Add in some action, some cool cars, an intergalactic plot, and we’re along for the ride.  But it’s the filler between the chunks that bothered me, and I couldn’t stop noticing it oozing out to reveal a tremendous amount of large gaps.  Mainly, I blame the acting, which, apart from Hailee, was horrendous.  John Cena?  Really?  He’s awful, utterly awful, and if he’d had one line as a throwaway soldier we might have been OK, but the guy hung around, and he couldn’t act his way out of a paper bag.  John Ortiz was just as hideous, they weren’t helped by their lines, and neither was Charlie’s family, which was pathetic and embarrassing all around.  The added ingredients were rotten, even if the meat was tender, so how do you judge the soup?  As better than the last one you tasted, and therefore excellent?  No, not me, I’m not going to pretend we just saw a savior, because I know better, and you should too.