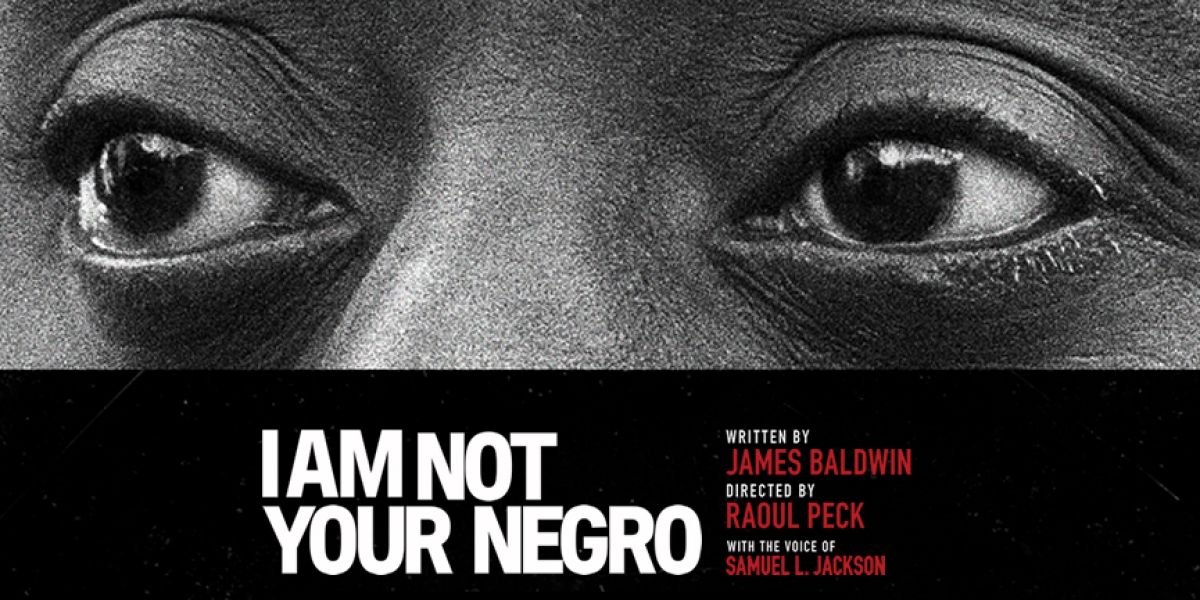 Nominated for Best Documentary at the 2017 Academy Awards, Not Your Negro is a look at the American civil rights movement through the eyes of James Baldwin, a writer who watched his contemporaries Martin, Malcolm, & Medgar die, and who had a unique & powerful perspective on the plight of the US, how its division would be its destruction.  Using historical footage and an unpublished commentary of Baldwin’s, this documentary pieces together the struggles of a black community fighting for equality and a white community refusing to face its fear of change.  It’s a brutal view of an America that we don’t want to admit exists, and a frightening shock when we see how little is different even after 50 years.

James Baldwin was a writer from New York who didn’t label himself as a political motivator, wasn’t a part of the influential parties of the time, but who was simply a black man witnessing the hatred and the subjugation directed toward his color by those whose ancestors brought his to this country as slaves.  He knew MLK, Malcolm X, Medgar Evers, he worked alongside these men, and though his methods were intellectual, not political, he was fighting the same fight.  He watched them die and the ignorance of white privilege live on, and he spoke on the need for white people everywhere to face their racism, for changing their point of view was the only way that black men in this country would ever really be considered part of mankind.

Not Your Negro is an extremely powerful documentary, Baldwin’s words echoing on through the years and addressing the exact same issues we see today; a depressing realization when you notice that nothing has changed.  Yes, we have “equal rights”, yes we had a black President, but Baldwin knew that the only way we would ever be equal would be after the white majority understood its own fears and hatreds, spurned them by choice, and began seeing each human as a part of humankind, not a threat to their wealth and power.  The film is narrated by Samuel L. Jackson, whose voice hardly sounds like his own, it is spoken with such soft reverence and reflection.  It’s heartbreaking to hear Baldwin’s words, to know how he saw the situation so accurately and was so powerless to change the game.  The movie mixes old footage and new, highlighting our failure to change, and is more educational than hopeful, which might be hard to swallow, but is too true to deny.  It moves slowly at first, but builds into something special, something that needs to be witnessed.