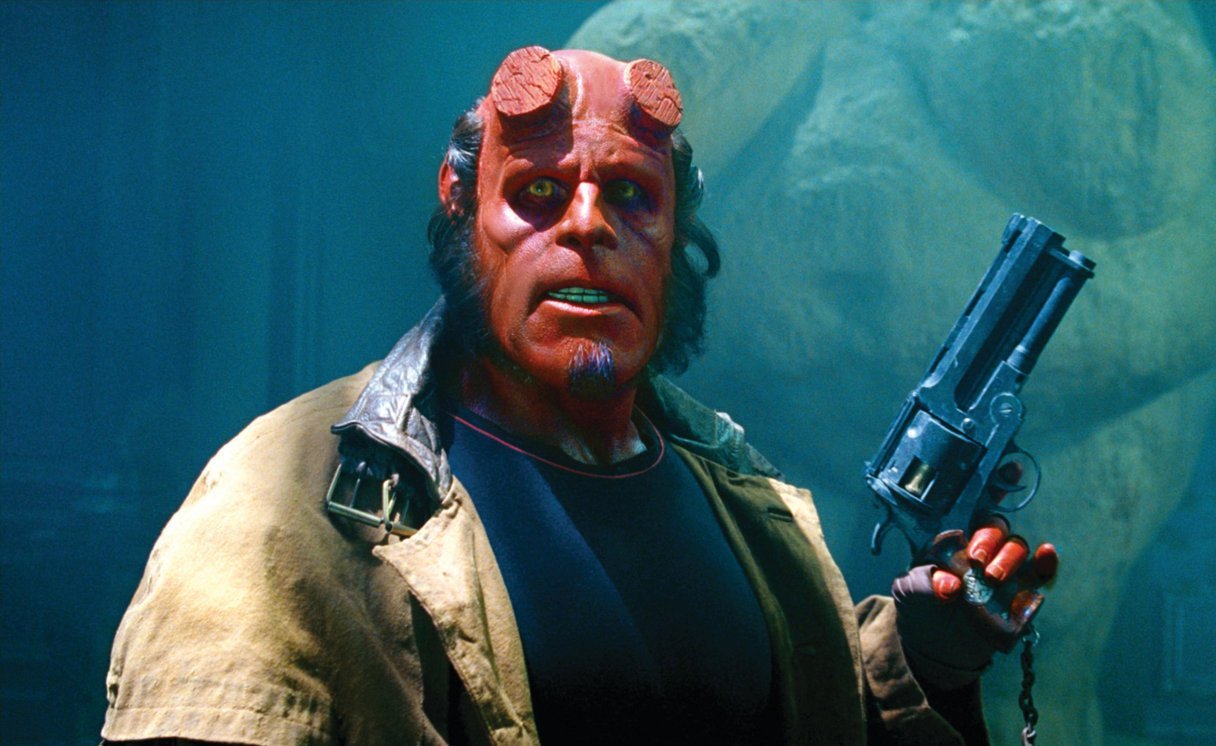 I’ll always love Ron Perlman for his memorable character in Enemy at the Gates, and I’ve learned over the recent years to warm up to comic book movies, because they do have much more to offer than simple, bloody, kung fu action.  But I’ll never be a fan of Hellboy, no matter how many chances I give it.  I saw the film years ago, I’m not sure when, probably before I was a critic, probably before I began appreciating super hero flicks.  I thought perhaps that I would like it now if I gave it another chance; I have changed, my opinion might as well.  But it was not to be, no matter how much I like Perlman & Hurt, no matter how much I respect del Toro for Pan’s Labyrinth & Shape of Water (honestly, his other movies suck).  And I think it’s basically because Hellboy is a bad, bad, awful movie that does absolutely everything wrong and has no business being as highly rated among audiences and critics as it shockingly is.

Based on the comic book character, a demon from the underworld brought into ours by Nazis forces, this is the story of Hellboy, otherwise known as Red.  When German agents were dabbling in the dark arts, they accidentally summoned Hellboy from another realm, but luckily Allied forces found him and Trevor Bruttenholm, an expert in the paranormal, raised him as his own son.  Now grown, Hellboy fights evil when it takes supernatural form, along with a wise water creature named Abe and a literal firecracker named Liz.  The latest threat is a trio of German and Russian immortals who want to open the gates to hell; umm, no thanks.  Time for Hellboy to go to war, with his big gun and a lot of attitude; that’s just how he rolls.

A dumb premise gets an even dumber film version, and the result is, not surprisingly, two hours of content that burns your brain cells to vapor as you watch.  Not only is this a strange comic book hero, but the sidekicks and the villains are equally insane, and the FBI agents that swarm around like gnats are almost insulting with their mere presence.  You can tell that I don’t care for this movie, so much so that it’s almost hard to explain why.  The acting is awful, the action is silly, the dialogue is ridiculous, and I can’t believe someone as talented as del Toro had a hand in making something so vapid.  His artistry is the saving grace, but that only goes so far, and I’d much rather watch it in the form of the movies I mentioned earlier than in anything to do with a giant red devil who likes beer and cats and guns and nougat.  I have no idea what people see in this movie, apart from a possible corny, culty style that I can appreciate, I just couldn’t possibly agree with.