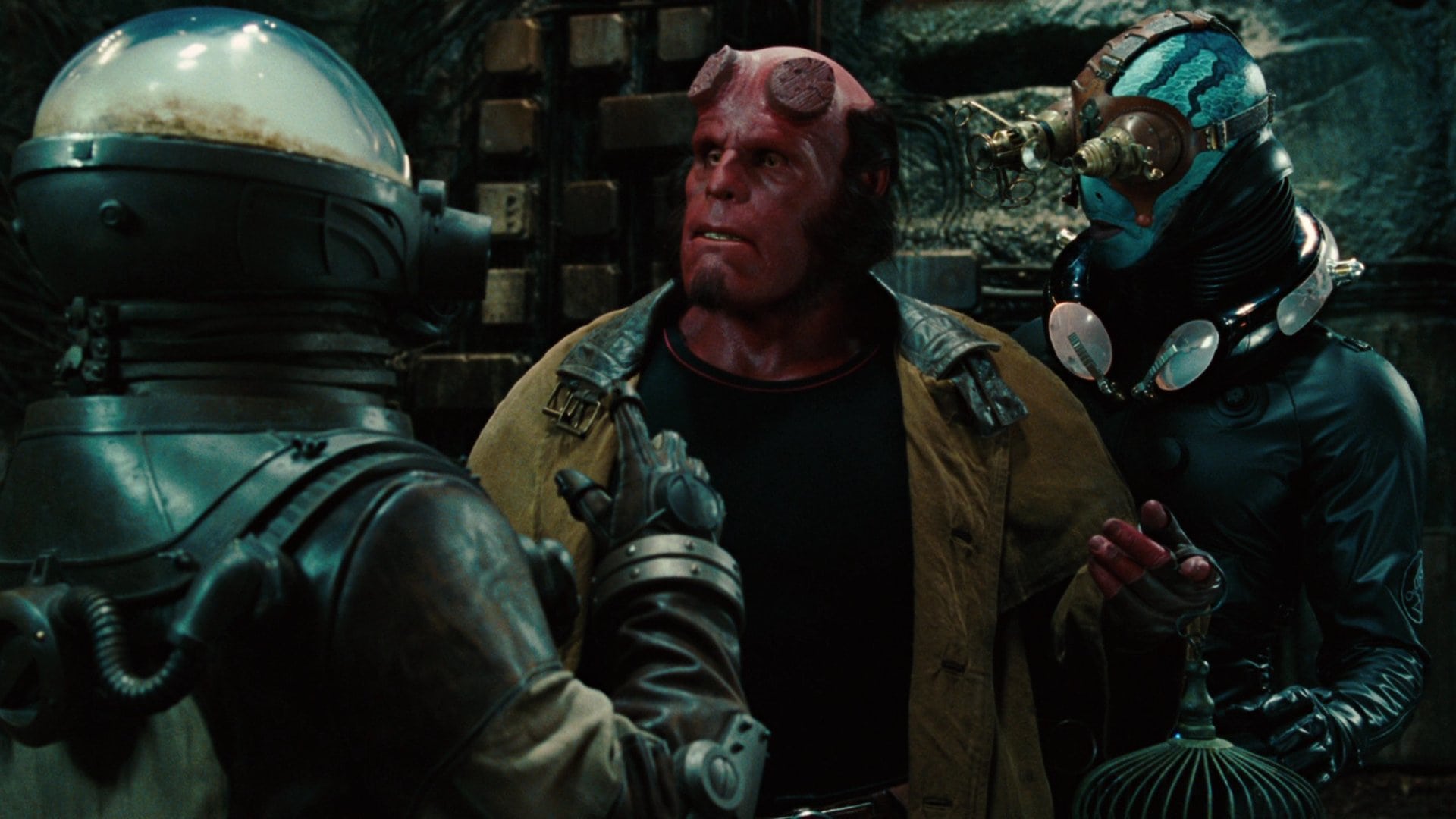 I tried watched Hellboy again after not liking it the first time, and all I can say is that at least I have seen it recently so I can put into words how much I despise it.  Really, I’m so confused that most people think it’s so fun; I get that it’s a comic book movie, but Marvel has shown us how much better that genre can be, we don’t have to have red demons flying through the air after having been punched by an even larger goblin in order to enjoy this style.  Call it a forerunner if you will, say that del Toro’s creatures are cool, love it as a cult classic; I get all that and more power to you, I just can’t get on board.  I rewatched the original, found that it hadn’t changed, but went ahead and checked out the second too, since I hadn’t seen it before.  News flash; it’s just as bad, just in sequel form, and I’m completely over it.

Hellboy is having troubles at home, and they aren’t even supernatural.  He’s now with Liz, their love has been acknowledged, but he’s a bear to live with, and there’s something she’s not telling him that will make matters even more complicated.  Also, he hates being cooped up and told what to do, which has gotten much worse since his father died.  Tom Manning has taken over and a new guy is coming to replace Agent Young Kid That Kinda Liked Liz.  His name is Krauss, he wants things done his way, and that doesn’t sit well with Red.  A new threat has arrived, a prince from the mythical past who wants to raise an army of unbeatable soldiers; not great.  So it’s back to work for the team, and they had better figure out how to get along before it’s too late.

God, I can’t believe I watched another of these movies.  Before I lay into it, I’ve got to say, del Toro is a visionary, a director who crafts his films like no one else has ever before.  That’s cool, I like it, but basically the rest of the movie sucked, and the visuals only kept it afloat, nothing more.  The characters are idiotic, the dialogue is pathetic, the action is silly; I can’t believe anyone thought that the original warranted a sequel.  Hellboy is just such a dumb hero, I can’t possibly root for him, and the story simply meanders wherever it wants to, regardless of plot or purpose or my waning interest level.  The acting is awful too; Selma Blair is terrible at her job.  I’m glad I watched these movies so I could know that my first impression was accurate; they’re not worth watching.