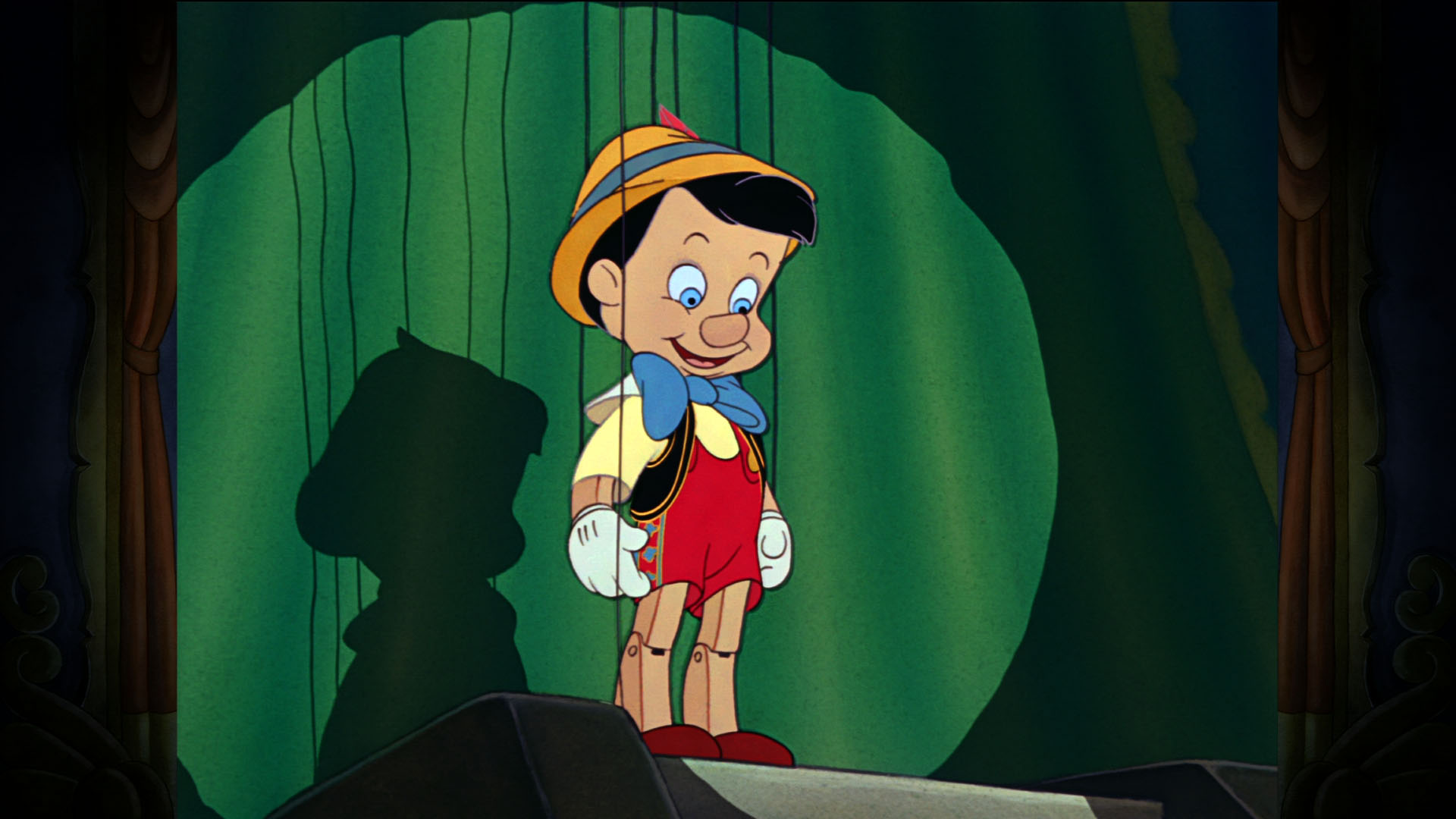 Disney’s second animated release, coming three years after the debut of Snow White, Pinocchio shows positive changes while still holding strong to the groundwork that the company laid with their first five features, rounded out by Fantasia, Dumbo, and Bambi.  Then WWII came and major works were put on hold for a while, until the 50s, but those original five are as solid as solid gets, and, what’s more, re-watch extremely well.  Pinocchio in particular is both bold and comfortable, layering in lyrics and lessons in waves until audiences are mesmerized with music and morals.  It’s a fantastic movie that views just as well in any decade, an early gem with a message for the masses that we can still afford to listen to today.

Geppetto is a simple toy maker and wood carver, living with a fish and a cat in a quiet village, longing for one of his marionettes to become a real live boy, so that he can finally have a companion in his old age.  He makes a wish upon a star, and the most marvelous thing happens; his wish comes true.  Well, halfway anyway; the wooden boy, Pinocchio, comes to life, but he’s not a real boy yet, first he has to prove himself brave, selfless, and honest.  As he enters the world for the first time, Pinocchio is tempted to walk many false paths by many false prophets, and it’s harder to stay true to one’s word than he would have thought.  To become fully human, he’ll have to learn his lessons well, and quickly, before his foolhardy mistakes take him too far down the wrong road.

What a lovely re-visit, and what a wonderful story, surrounded on all sides by magical moments to remember for a lifetime.  Pinocchio, Geppetto, Jiminy Cricket, Cleo, Figaro, Stromboli, The Coachman, Gideon & Honest John, the Blue Fairy; so many characters to adore.  And the songs are better than they get credit for: When You Wish Upon A Star, Give A Little Whistle, Hi-Diddle-Dee-Dee, I’ve Got No Strings, and even Little Wooden Head.  The morals are strong, the pace is quick for an oldie, and the animation, wow, it’s a great step in the right direction.  Pinocchio is prime Disney, unheralded for all it does so well, but not to be denied.  Re-watch with confidence and with your family, because films this fantastic don’t come around every day.