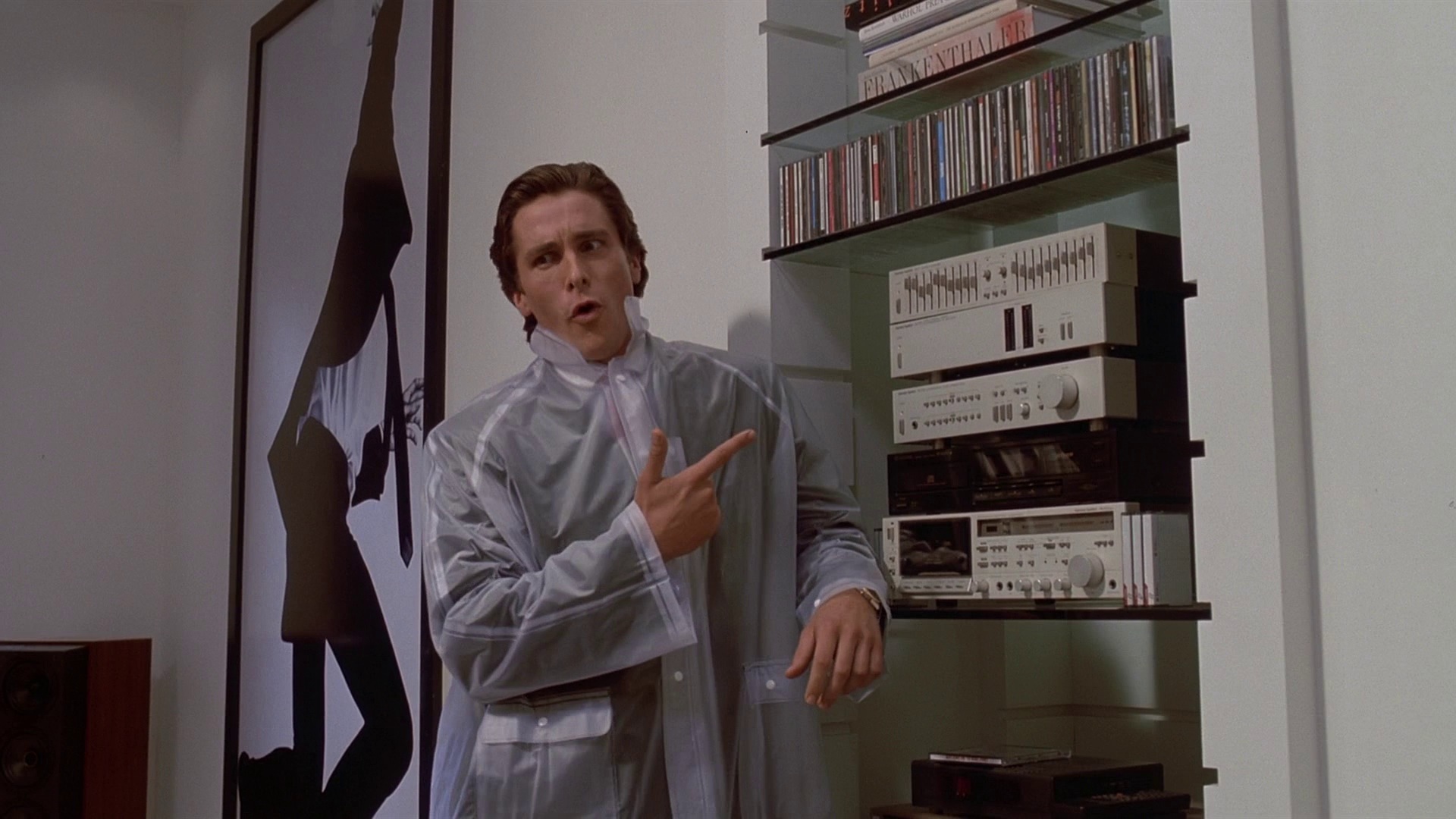 In a laundromat, Christian Bale’s character Patrick Bateman references Santa Fe, and if that isn’t the perfect icing on this well-constructed cake I don’t know what is.  The Newsies star breaks out onto the adult screen in American Psycho and hasn’t looked back since; he’s been Bruce Wayne, John Rolfe, John Conner, Dicky Eklund, Dick Cheney, and even Moses, for Christ’s sake.  What can Bale not do, (which is, of course, a rhetorical question) and what will we see him do next (which doesn’t even matter, because it’ll be the literal bomb).  He’s the only real star of this intentionally off-putting film, but the story doesn’t need a supporting cast, since its lead only sees others as objects ranging from mildly annoying to homicidally infuriating anyway.  Bateman is a homegrown psychopath, and this movie is basically a Hollywood icon.

Wall Street in the 1980s was a place of money & power, drugs & vices, as young men became rich executives each day, and struggled with their hidden problems over night.  Pat Bateman is in the rat race up to his ears and sees no means of escaping, as he competes to be at the very top, the absolute coolest, even among his own “friends”.  The best dinner reservation, the best tan, the best apartment, the best fiancee, the best shave, the best business cards; where will it end?  And what will the constant pressure eventually do to a person?  The answer; make them snap.  Patrick loses control and stops trying to fight his natural urges, mainly to screw and kill whatever it is he wants to screw and kill.  The American dream goes out the window in exchange for the American nightmare, and Bateman is our reluctant tour guide.

I’ve seen this movie before, but I never really saw it; today I was hit by the entire force behind the film and it was pretty powerful.  I don’t know if you can call it farce, but American Psycho is definitely over-blowing key flaws in modern humanity and therefor revealing their true natures to us, one by one.  It’s revelatory in a way, not to know that people are unhappy beneath their riches, because duh, but to be pointed toward examples of aggressive competition and soul-sucking existential crises like these, then to have it all go bonkers before your eyes and somehow stay on message.  Harron never did anything else grand, but this film is a wonderful singular accomplishment, and she should be proud.  Also, the cast is spot on: Christian Bale, Justin Theroux, Josh Lucas, Chloe Sevigny, Reese Witherspoon, Jared Leto, Willem Dafoe.  Add in some excellent 80s music, creepily & hilariously explained within the action, and you’ve got something surprisingly funny, darkly witty, and bitingly real that you might need to experience more than once to fully love.